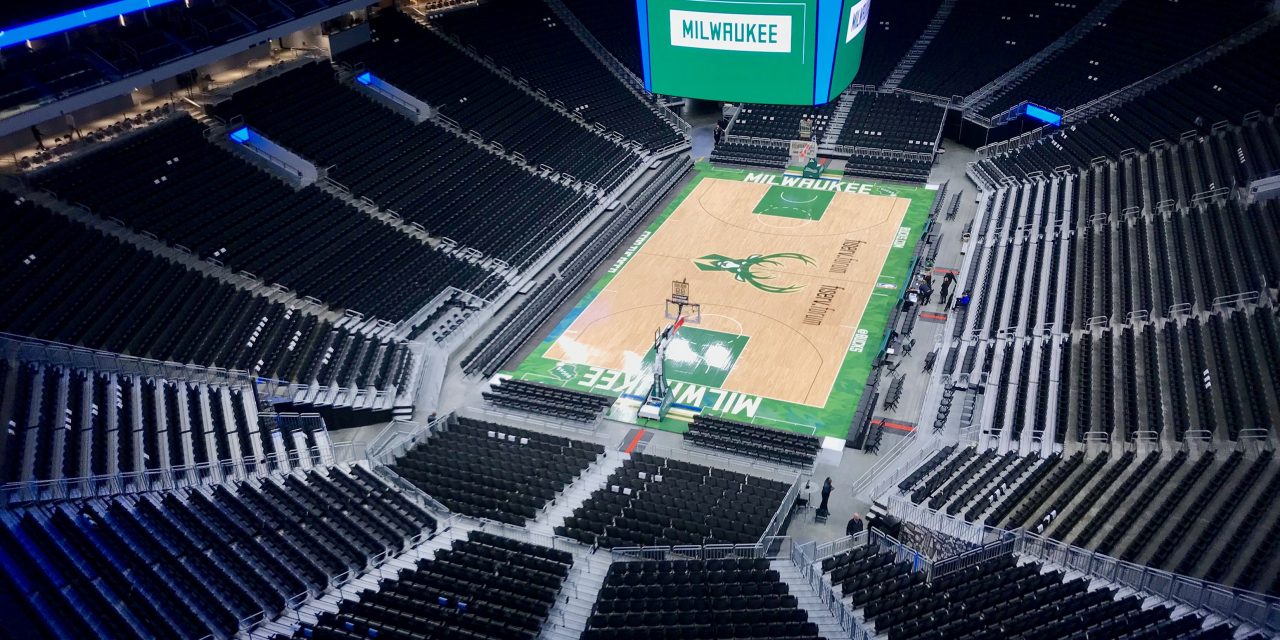 Sports Planning Guide is built by relationships and fueled by our industry connections. We have the privilege to bring you the finest fields and facilities around the country on a weekly basis. To that end, we recently toured parts of Wisconsin to see some of the highlights the state has to bring, with stops in Beloit, Madison and Milwaukee.

Nearly one in every three Americans lives within 500 miles of Beloit, a revitalized city with a comprehensive sports scene that mixes traditional American favorites with international imports like Kubb.

Kubb is a Nordic lawn game where players attempt to knock over wooden blocks (kubbs) by throwing wooden batons (kastpinnar) at them. In 2018 Beloit hosted the US Kubb Open, where 64 teams from eight states as well as Germany competed for a cash prize. Held at Riverside Park, the event was covered by FOX Sports Wisconsin, becoming the first kubb tournament to be televised in the U.S.

If you follow the Rock River just south from Riverside Park you’ll naturally run into the Beloit College Powerhouse, a $38 million project that will repurpose the decommissioned Blackhawk Generating Station. 120,000 square feet of innovative space will house a student center as well as recreational facilities. The World Architecture Festival has already honored the building with a pair of awards for its reusability and innovation.

Continuing the city’s popular theme of repurposing older buildings, a converted factory in downtown Beloit now houses the Ironworks Golf Lab, a state-of-the-art indoor golf performance and entertainment facility. Open year round, the facility sports an HD simulator with your choice of more than 80 golf courses from around the world as well as two visual sports simulators, offering golf and 14 other games, including baseball, football, basketball and zombie dodgeball. Golfers can be fitted for clubs, improve their putting and chipping and get instruction from some of the game’s best as they move throughout the facility. 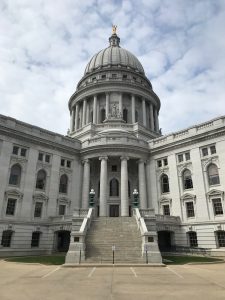 About 55 miles up the road from Beloit you’ll run into Madison, Wisconsin’s state capital. Known for housing the University of Wisconsin, the city features a picturesque backdrop, with its shoreline ideally situated on both Lake Mendota and Lake Monona. No matter your vantage point, there’s a good chance you’ll have an excellent view of the Wisconsin State Capitol building, whose dome rises higher than any other building in the city.

The design for the Monona Terrace Community and Convention Center was first proposed by Frank Lloyd Wright in 1938, though it wasn’t until 1997 that his vision was fully realized. The 250,000 square foot multi-level convention center features a bevy of uniquely designed exhibition halls, ballrooms and terraces that are perfect for hosting unique sporting events. In 2018 the Center hosted the USA Yoga National Championships, while the National Dragon and Lion Dance Championships will be held at the Center in June of 2019.

If you head northeast of the capitol building along the Madison Isthmus you’ll bump into Breese Stevens Field, which has been a staple of the city for most of the last century. After hosting baseball, football, rodeo, auto races, and soccer in the past, Breese Stevens welcomes a new tenant this year in Forward Madison FC, a brand new USL One professional soccer team. After a spring full of collegiate opponents, the team will host a number of domestic and international sides for friendly matches and league competition from April through October.

Continue up the Isthmus and head northwest until you find Warner Park, the home of the Madison Mallards baseball team. Nicknamed the “Duck Pond”, Warner Park seats 6,750 who come to watch their Northwoods League Mallards take on some of the top collegiate talent from around the Midwest.

Heading due east of Madison for around 80 miles will bring you to the shores of Lake Michigan. Along the water you’ll find the rising spires of Milwaukee, a city inundated by rebirth. Among a labyrinth of purposely disjointed bridges and disconnected streets that speak to the bygone, inimical plans of rival founding members, a creative fusion of new and old permeate an atmosphere hungry for continued growth. Home to an MLB and NBA franchise, Milwaukee makes a strong case to be crowned the state’s sports capital.

Just north of the arena lies Fiserv Forum, the NBA’s newest stadium. Opened in August of 2018, the building houses the Milwaukee Bucks and the Marquette University men’s basketball team. The 714,000 square foot arena has a number of innovatively designed spaces throughout the building and comfortably seats 17,500, while its symmetric scoreboard is the largest in the NBA. Additionally, the forum features a layout and equipment to transform it into a NHL regulation sized ice hockey rink and it hosted Disney on Ice in February of 2019.

In the nearby suburb of Franklin, Milwaukee will bring in a new independent baseball team at Routine Field in the Milwaukee Milkmen. As part of an expansive new development called Ballpark Commons, Routine Field will hold 4,000 fans and is slated to open in the immediate future.