The Roots of American History 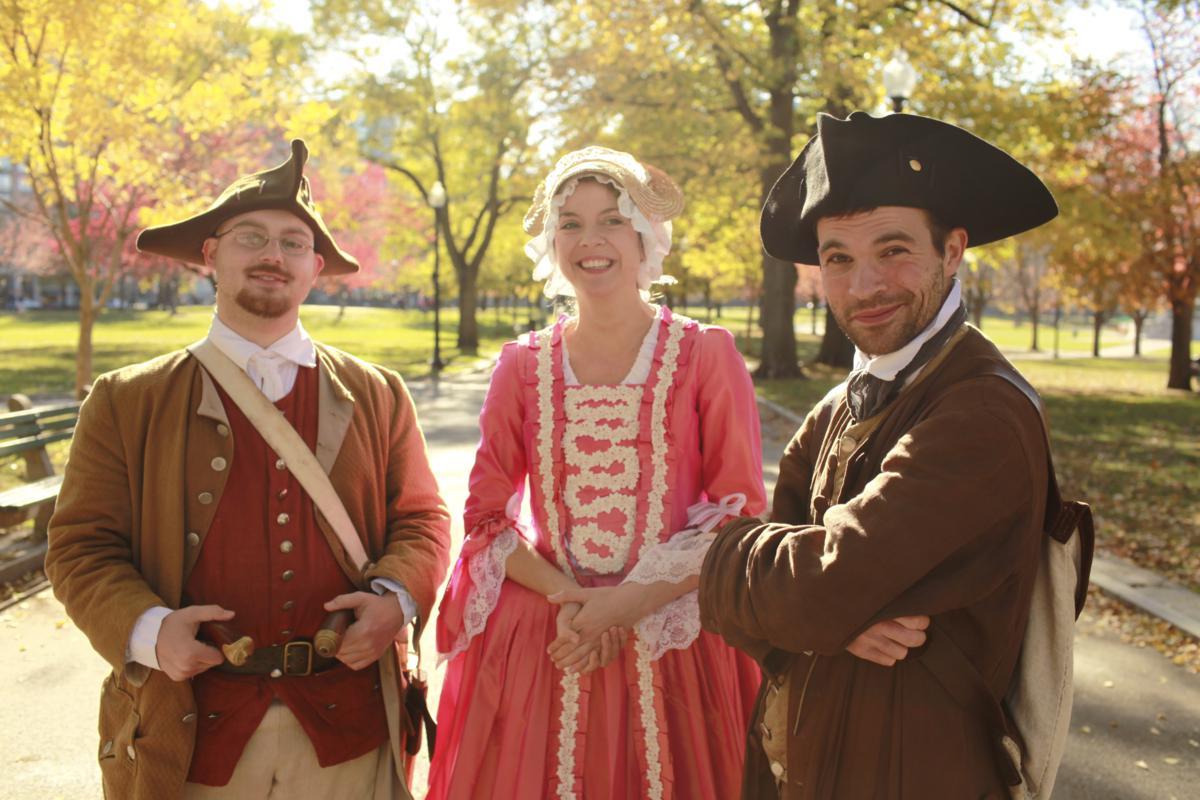 The following article appeared in the Massachusetts State Sports Guide. Download the full guide below. 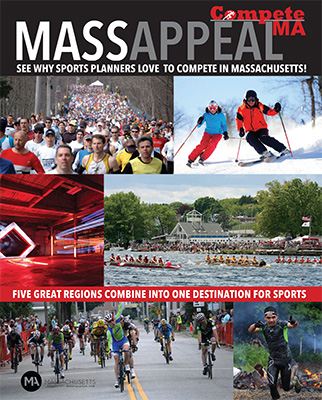 As one of the 13 original colonies, Massachusetts has played a vital role in the formation of the United States. The Bay State embraces its rich history with an abundance of attractions that retrace America’s growth as a burgeoning nation. Here are some historical sites across the state competitors can enjoy while off the field.

The Boston Tea Party Ships and Museum is an interactive, high-tech floating museum that narrates the legendary Boston Tea Party. The museum sits on a barge near the Congress Street Bridge in Boston and includes tours on restored tea ships, historical interpreters and artifacts that tell about the fabled events that took place on December 16, 1773, when American colonists dumped 342 chests of British tea into the harbor.

Boston’s 2.5-mile Freedom Trail winds through the city’s streets, connecting 16 historically significant sites. The trail is highlighted by a red line leading to museums, churches, meeting houses, parks, a ship, and historical markers that tell the story of the American Revolution. Among the trail’s highlights include Faneuil Hall, which was built in 1741 and has been described as the “cradle of liberty” for its role as the meeting place of revolutionaries and abolitionists; the Old State House, completed in 1713 to house the colony’s government and the location where the Declaration of Independence was first read to the people of Boston; and the Paul Revere House, which was constructed around 1860 and is the oldest remaining structure in downtown Boston.

The 750-acre Hancock Shaker Village in Pittsfield, 137 miles west of Boston, operates as a living history museum open to the public with 20 authentic Shaker buildings, costumed interpreters, collections of Shaker furniture, and artifacts in rotating exhibits.
The village highlights the history of the Shakers, a religious order that was considered among the most successful utopian societies to exist in this country. In the late 1780s, the Hancock Shaker Village took shape when about 100 members created a community that peaked in the 1830s with 300-plus Believers living on more than 3,000 acres.

This outdoor museum, located 104 miles west of Boston in the village of Deerfield, interprets the history and culture of early New England. Visitors can tour 12 meticulously preserved antique houses dating from 1730 to 1850 while surveying a collection of regional furniture, silver, and American quilts. Historic Deerfield’s houses and galleries contain more than 27,000 objects made or used in America from 1650 to 1900, one of the largest collections in the country.

The Jenney Museum in Plymouth, 40 miles south of Boston, is dedicated to imparting the impact 51 Pilgrims had in the founding of the United States. Built in 1749, the building that belonged to Pilgrim John Jenney is located in the heart of Plymouth’s historic district. The museum offers two tour options, Discover Plymouth’s History, a walking tour which visits monuments along the waterfront including Plymouth Rock, and a Talk through History tour in which visitors meet a Pilgrim and hear stories of his or her life.

Mayflower II is a replica of the 17th-century ship Mayflower, which transported the Pilgrims to the New World. The ship is located at the living history museum the Plimoth Plantation, where costumed interpreters recreate the experience of living in early colonial America. Plimoth Plantation contains exhibits that tell the interwoven stories of two distinct cultures – English and Native American, as it also includes a recreation of a Wampanoag village.

This historical park in Concord, 25 miles west of Boston, commemorates the opening battle of the Revolutionary War. At the park, the first engagement of the American Revolution is brought to life as visitors explore the battlefields and structures associated with April 19, 1775, in which British troops clashed with American colonists, forever changing the world. The park also includes
the Wayside, home to three noted American authors, Amos Bronson Alcott and his daughter Louisa May Alcott, Nathaniel Hawthorne and Margaret Sidney. 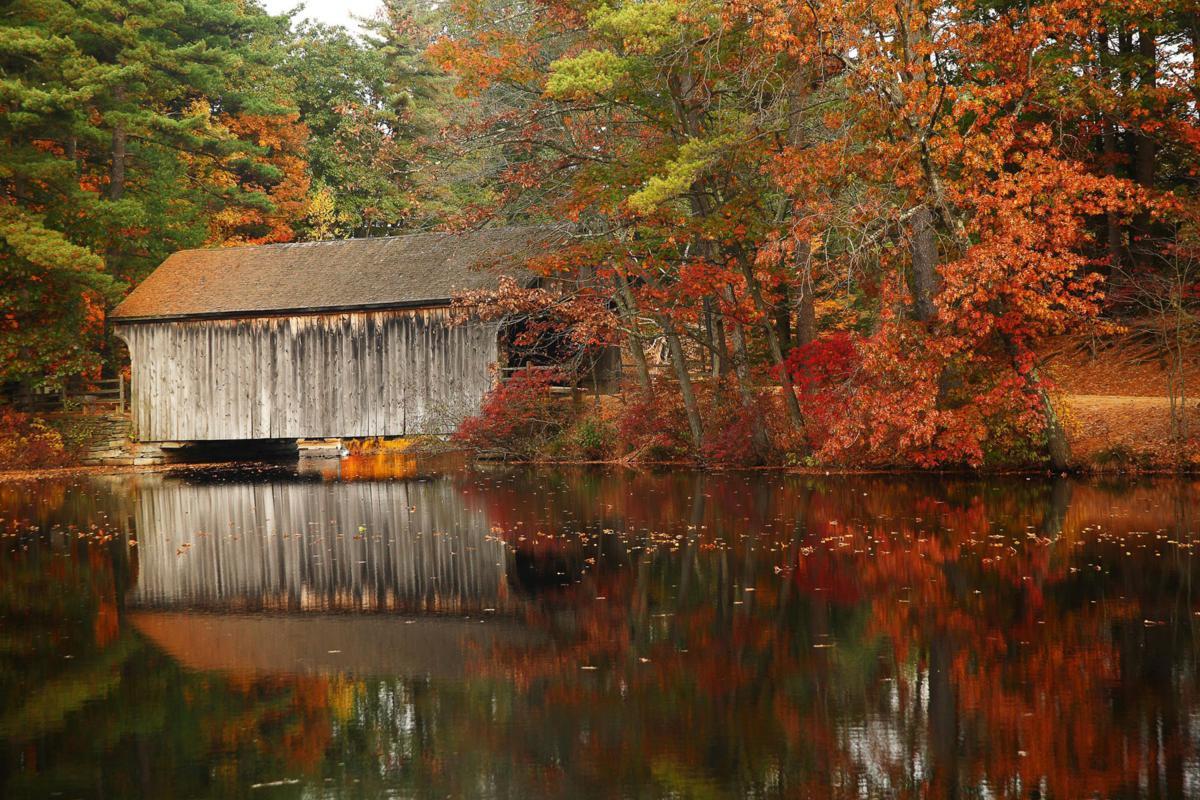 Old Sturbridge Village (below) re-creates life in New England in the
early 1800s.

One of the state’s most visited tourist attractions, Old Sturbridge Village in Sturbridge, 60 miles west of Boston, re-creates life in New England as it was in the early 1800s. The village features more than 40 historic homes, craft shops, stores, mills and farm buildings brought from various places to this 200-acre site. Costumed interpreters demonstrate daily tasks of farmers, blacksmiths, housewives, and craftspeople, and offer hands-on activities for children. A working farm demonstrates early farming and gardening,
complete with livestock and heirloom plant varieties. 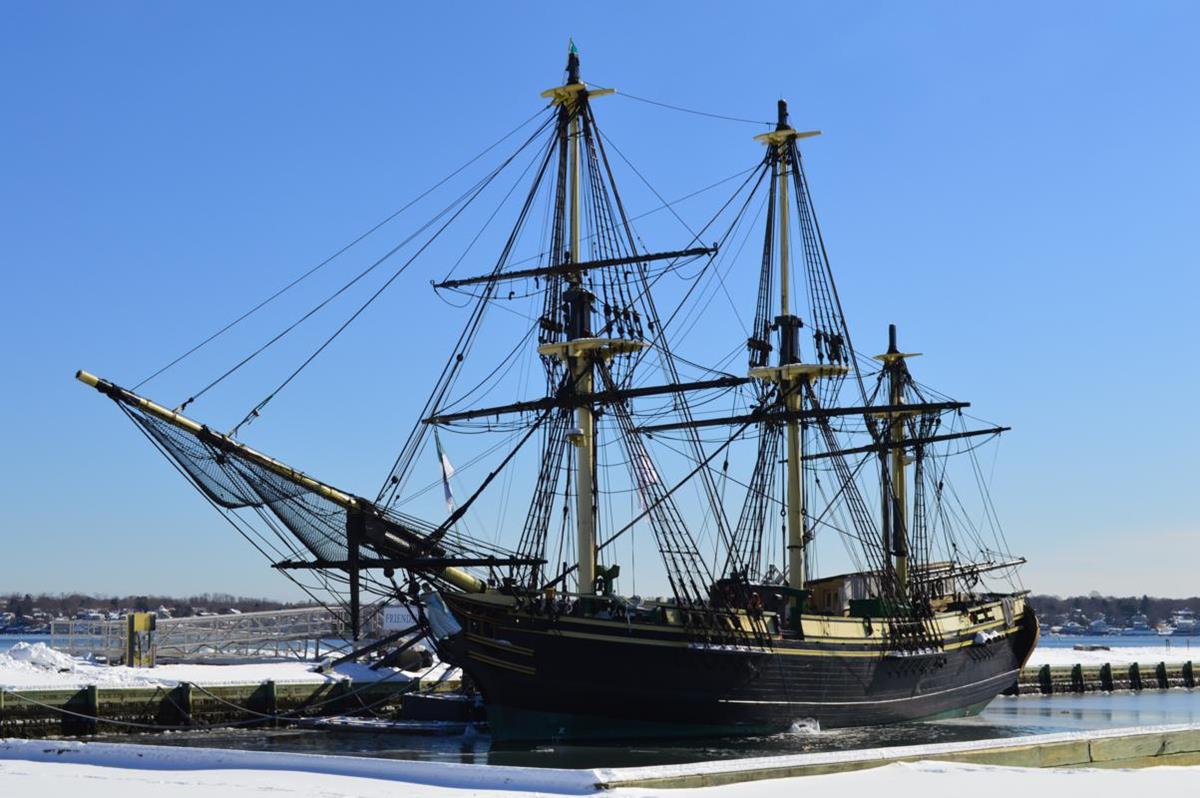 The Salem Maritime National Historical Site tells the stories of sailors and merchants.

The historic buildings and wharves of this site in Salem, 22 miles northeast of Boston, tell the stories of the sailors, privateers and
merchants who brought the riches of the Far East to America. In this nine-acre park, visitors can follow the route taken by British regulars as they marched from Boston in a move that began the American Revolution. The site offers guided tours, exhibits, special events, and films.

The House of the Seven Gables (Salem) 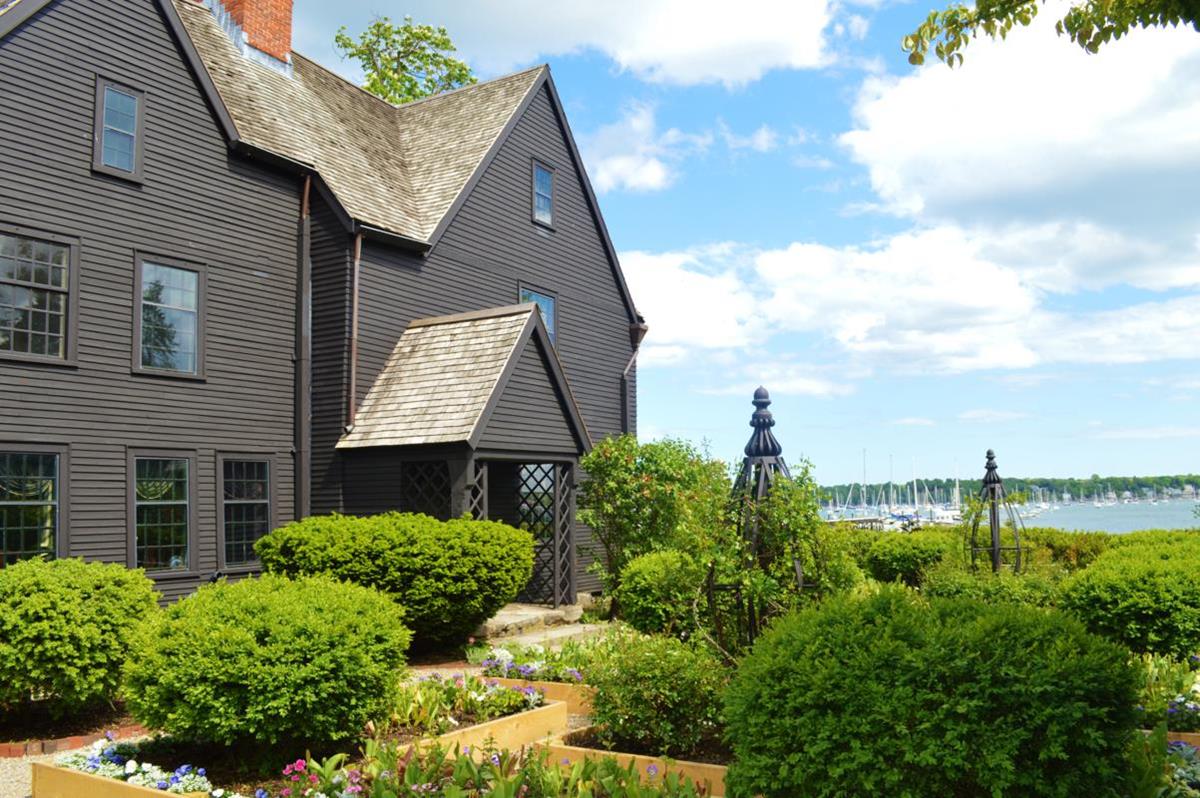 This seaside mansion was built in 1668 for Captain John Turner, the head of one of the most successful maritime families in the New England colonies. Designated a National Historic Landmark District in 2007, the House of the Seven Gables is best known as the setting of renowned American author Nathaniel Hawthorne’s 1851 novel of the same name. Caroline Emmerton, a philanthropist and preservationist, founded the present-day museum to assist immigrant families who were settling in Salem. Inspired by Jane Adam’s Hull House, she purchased the mansion in 1908 and restored it to its original seven gables. Because of
Emmerton and countless supporters, the house has survived with many architectural features intact. SPG