What’s the Future of Third-Party Housing?

With the U.S. youth sports market earning an estimated $15 billion in annual revenue, it’s clear the industry is more than just fun and games.

Just ask those tasked with organizing sports tournaments. An abundance of duties, tight budgets and strained workforces are but a few of the stressors plaguing tournament planners, causing them to seek easier and cheaper ways to do business. One aspect planners have been turning to in recent years is third-party tournament housing.

Third-party housing companies work with planners and negotiate hotel contracts on their behalf. Teams purchase hotel rooms directly from the housing company with many charging flat fees or receiving a commission from the hotel. This process can be helpful to tournament planners, hotels and traveling teams. Planners are pleased because third parties ease their workload for little or no additional cost by finding rooms, negotiating room rates and completing contracting procedures. Hotels save time by not having to work with individual reservations and have some assurance their rooms are being used.

“Housing companies specialize in the hotel aspect of a tournament freeing up planners to concentrate on what they do best, which is running the tourney,” said Elizabeth Weimer, president of SiteSearch housing company. “Most good housing companies have a background in hotels, so they understand hotel contracts and their implications.”

“Having been event producers for over 20 years, we know that the hotel prices, the hotel options and the overall management of the room blocks can make or break an event,” said April LaFramboise, co-owner and operations director for Team Travel Source, a housing and sport consulting company. “Parents spend so much money traveling to these events and teams want to be sure they get safe and convenient options at a great price.”

Teams appreciate third parties because they guarantee a place to stay even if a city is sold out and typically provide discounted rates and added amenities.

“I can assure you, third parties are very important,” said Aaron Flaker, owner of The JAM Brands, a cheer and dance company. “We attempted to do the housing on our own. It wasn’t a disaster but it didn’t go well. And as we got bigger, it became an impossibility. It was spreading us too thin”

A Growth of Popularity 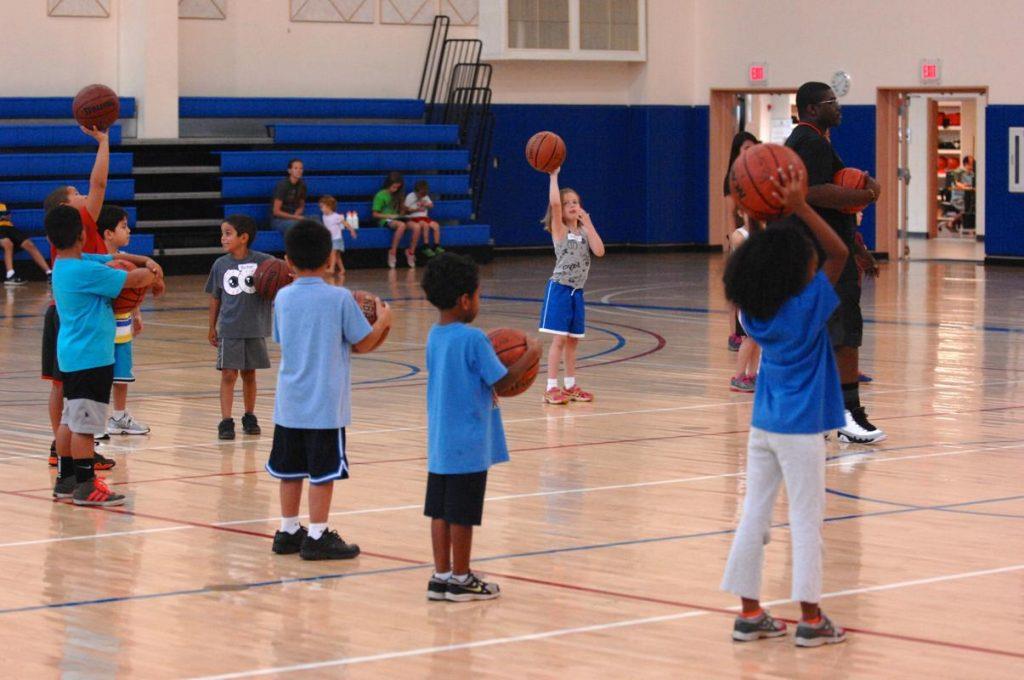 As recently as 10 years ago, third parties were considered almost a rogue element. According to a 2007 survey by Meeting Professionals International, around 15 percent of events that year were outsourced to either independent planners or planning companies. Today, that number has increased considerably, as tournament planners and host cities need assistance to placate the growing number of youth sports competitors.

“I would think (the 15 percent of outsourced events) has at least doubled,” Weimer said.

According to a recently released global sports tourism market report, analysts forecast global sports tourism will grow at a compound annual growth rate of 41.45 percent between 2017 and 2021. In other words, people want to compete in athletic events more than ever, which means hotel competition is most likely going to increase and planners will have a greater need to outsource their lodging needs.

“Housing companies are now everywhere,” said Cindy Highberg, president of Total Event Services in Indianapolis. “Most do not last long though because of the intensity of the business.”

Third parties have attained such clout that hotels, convention and visitor bureaus, tourism officials and sports tournament hosts are often vying for their service.

“Third party use has grown significantly,” said William Knox, director of the Grand Park Sports Complex in Westfield, Indiana. “Just based off of the events we host, we have seen an uptick in third party housing companies and-or event management companies working on behalf of event owners.”

Some believe the exponential growth of third parties can be traced to the Great Recession of 2008.

“The economy was bad in all markets, except for sports, and hotels really wanted to partner with these tournaments to attract more rooms,” Weimer said. “Companies have moved toward downsizing their meeting planning departments, especially after 2008, and outsourcing their logistical needs. Coordinating an event is very time-consuming so if a planner can outsource some of the work, it makes it easier for everyone.”

“There was a time when hotels were reaping the benefits of good economic times,” LaFramboise said.

“Tournament companies had a tough time securing the rooms they needed for the teams attending their event. After 2008, hotels had a bigger need for sports, and housing companies helped fill that void.”

Another reason third parties have gained prominence is advancements in technology. More efficient hardware, superior software and, most importantly, a stronger internet presence, have enabled third parties to better communicate with their clients while maintaining a transparent approach to their service.

“(The third-party housing industry) has gotten a lot better,” said Jon Schmieder, founder and CEO of the Huddle Up Group, an organization that helps empower sports groups through collaboration and engagement. “It has gotten more professional and there are a lot more good companies. These companies are using better technology like booking engines that actually work and better IT communication systems.”

“We hardly have paper at meetings anymore,” Weimer said. “Everyone receives their information through specialized apps and all communications are sent electronically.”

As technology improved, so did third-party performances, which led to an upgrade across the board.

“The industry has evolved,” said Roland Rivera, owner of Rivera Sports Consulting. “The software is better, the people are better and are much more adept than they were.”

“The trail was blazed by some of the bigger players like Anthony Travel (a sports travel management service),” Schmieder said. “Their success has really set the stage for more professional efforts from other companies.”

Maggie Frantz, senior vice-president and CFO of Anthony Travel, is at the helm of one of the enterprises that continue to shape the industry.

“Housing options are changing in many markets. It is no longer just hotels,” Frantz said. “Running a strong housing program takes specialized technology and someone to manage a program within the technology. As these tournaments continue to grow in size, the volume of housing requires professional organizations with not only great technology, but a supporting service center that can support the
traveler’s needs.”

Technology is a major reason Triple Crown Sports, the largest premium sports events organization it the country, recently opted to form a partnership with HotelPlanner.com. The website will assist Triple Crown Sports by helping provide accommodations and professional services for its tournament sports travel.

“This is something we’ve looked at for several years,” said Rick Walters, national lodging director for Triple Crown Sports. “Today, everyone is trying to do things online and have more options. One of the things we think will keep our events premier is updating our lodging services for parents. Ultimately, we want people to be able to book their hotel rooms online, which will improve their experience with us.

“We think (the partnership) will have a huge impact for us,” Walters added. “Just the experience of booking online and providing a more robust, state-of-theart software system for customers to use is our ultimate goal for our clients. This lets people book rooms at their convenience. It won’t take two or three hours or two or three days to book rooms. They can do it instantaneously on their computer or on their phone.”

While third parties have surged in popularity, there is still a faction opposed to their practices.

“There are two sides to the story,” Knox said. “Some people will say they aren’t necessary, while others will say third parties are an important part of the process.”

“You get different experiences with all of them,” Flaker said. “Some good, some bad, some okay. Ultimately, if we want to be an event company, we need somebody who will treat our customers the same way we would. They are an extension of who we are. We need them to be as good as we are, if not better. Inevitably, we could lose an entire customer over a housing issue.”

When any aspect of tournament housing is problematic, be it from a third party, a planner or a hotel, there is a ripple effect that plagues those in the industry.

“When we start working in a new city, hotels are reluctant to work with athird party,” Weimer said. “This is due to a number of reasons. Some may have had a bad experience with another housing company and some think that they can get the teams without partnering with us. We are at the mercy of the hotels. If they check someone into the wrong room or have to close their pool, or in any way give the guest poor customer service, it becomes a reflection on us, even though we can’t be at every hotel to check people in.” 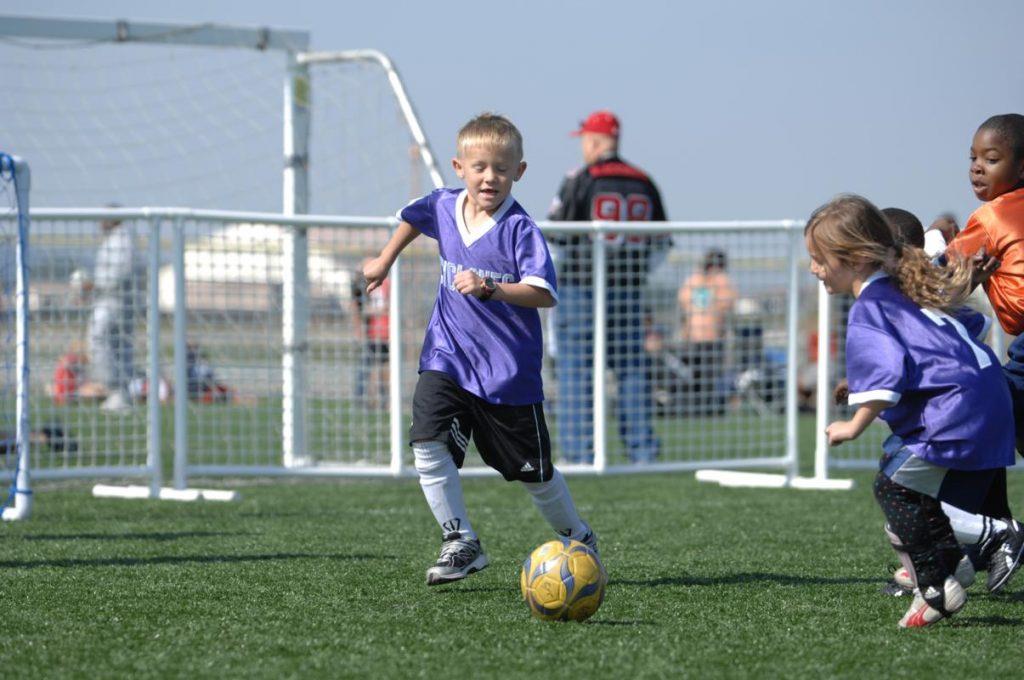 Perhaps the most contentious issue in sports tournament housing remains the stay-to-play policy.

Stay-to-play is utilized by event organizers who require participants to use one of a preferred group of hotels. The organizers negotiate a rebate into the room rate that the hotels pay back to help cover costs from the tournament. Participants are required to stay at one of the pre-appointed hotels in order to be eligible to participate in the tournament.

Supporters of the approach say it allows them to generate revenue from the hotel block contracts. They claim the stay-to-play policy increases the amount of room nights available for teams and helps secure the lowest group rates.

“The stay-to-play process helped us control rates for customers, which is a huge deal,” said Rivera. “When you go into a sporting event, your largest expenditure as a travel group is not the entry fee, it’s usually lodging. One of the things we really wanted to do is charge a premium price for the event, but also help our customers by helping them control their largest expenses. Thirty to 50 people can be expensive.”

Stay-to-play detractors say officials use these rebates to boost profits while charging event participants a higher fee. They point to the fact hotels that take part in stay-to-play agreements are charged third-party commissions and event rights holder rebates, which diminish the hotel’s profit. Those fees are then passed down to the customer.

“Rights holder partners are almost afraid of implementing stay-to-play,” Schmieder said. “They don’t want to take phone calls from parents that can plainly see from the internet that they are paying more than they would on their own. (Tournament planners) don’t want people worrying that they are paying an extra $20 per room. That’s taking away from their experience.”

While stay-to-play continues to be an incendiary topic, many consider it a method that is here to stay.

“I think stay-to-play is more common now than it was when we implemented the process in 2009,” Rivera said.

“What we have seen is the controversial happenings under stay-to-play have dwindled,” Frantz said. “A situation that did not work for all parties involved was not sustainable long-term, and thus, not as prevalent today. We continue to see new organizations adopting stay-to-play. So, perhaps it is just more accepted because the model has settled at appropriate levels that benefit all parties.”

The Future of Tournament Housing

As sports tourism shows no signs of slowing down, third-party housing appears to have a similarly bright future.

“I see it being pretty healthy,” Rivera said. “I think some bigger companies will merge and some smaller ones might fall by the wayside, like in any industry. I think the reason is because it is a lot of work and a lot of event organizers would rather run the competition and do what they do, schedule events, hire officials and lease facilities, and they would rather not mess with lodging support for customers.”

“I see this segment of the market moving full-steam ahead,” LaFramboise said. “The youth sports industry is expected to continue to grow and tournament companies are continuing to add events. Allowing the tournament owner to focus on their passion, the sport they produce, is ideal.”