US Indoor: Helping Sports Facilities Perform at their Best 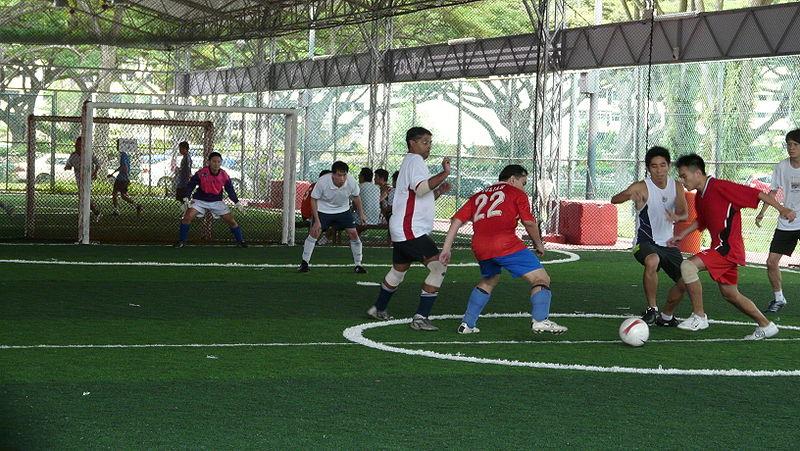 Acting as a professional assistant for multi-sport facilities, indoor venues and sports corporations, the U.S. Indoor Sports Association has made serving the indoor sports world its priority. Its products and services have helped hundreds of athletic businesses achieve their goals, helping them better serve the sports teams and athletes that compete in their facilities.

USIndoor, as it has come to be known, has grown substantially from its modest beginnings as the U.S. Indoor Soccer Association in 1998. It has transformed into a multi-sport organization and continues to expand its repertoire.

USIndoor President Don Shapero said that a majority of its members—about 75 percent—remain soccer-oriented but says the organization has solidified its branding to include many other sports. As far as current initiatives go, Shapero said USIndoor is eager to build its client base.

“We’re in talks about creating and expanding an identity with flag football and lacrosse,” Shapero said. He said the organization has goals to add more sports, but those may come further down the line.

Currently, USIndoor is focusing its efforts on developing a presence in Canada, working with athletic performance companies to establish itself as a quality resource in the country. As it works its way into the international market, USIndoor also has high hopes for its tournament and sporting events segment.

“Our tournament structure is still in its early developments; it’s pretty new,” says Shapero. “We get most of them sanctioned by our members.”

The organization is always looking for new sports venues and facilities to join its member list and believes more signups will help build its tournament unit.

USIndoor provides its members an array of services. The organization states on its website that it “is dedicated exclusively to serving the needs of facility owners, operators and league administrators and to promoting indoor recreational sport programming.” Member benefits include everything from a marketing network and personal events calendar to a customizable website and published news and information about the facility. The foundation also offers educational resources to teach interested parties about running an athletic venue or working in sports recreation management.

USIndoor has been working rigorously over the last year to finalize its new brand and establish an identity beyond the sport of soccer, according to Shapero.

“We’ve been working hard on getting the new website up and running, as well as our print magazine,” he said. “We have really made ourselves a multi-sport organization.”

With its impressive list of members, its high standards in service and passion for sports, USIndoor has become a touchstone for professional sports management. And Shapero sees a lot of potential for growth in the future, acknowledging that with drive and time, his organization will extend its reach to many more sports in the coming years.