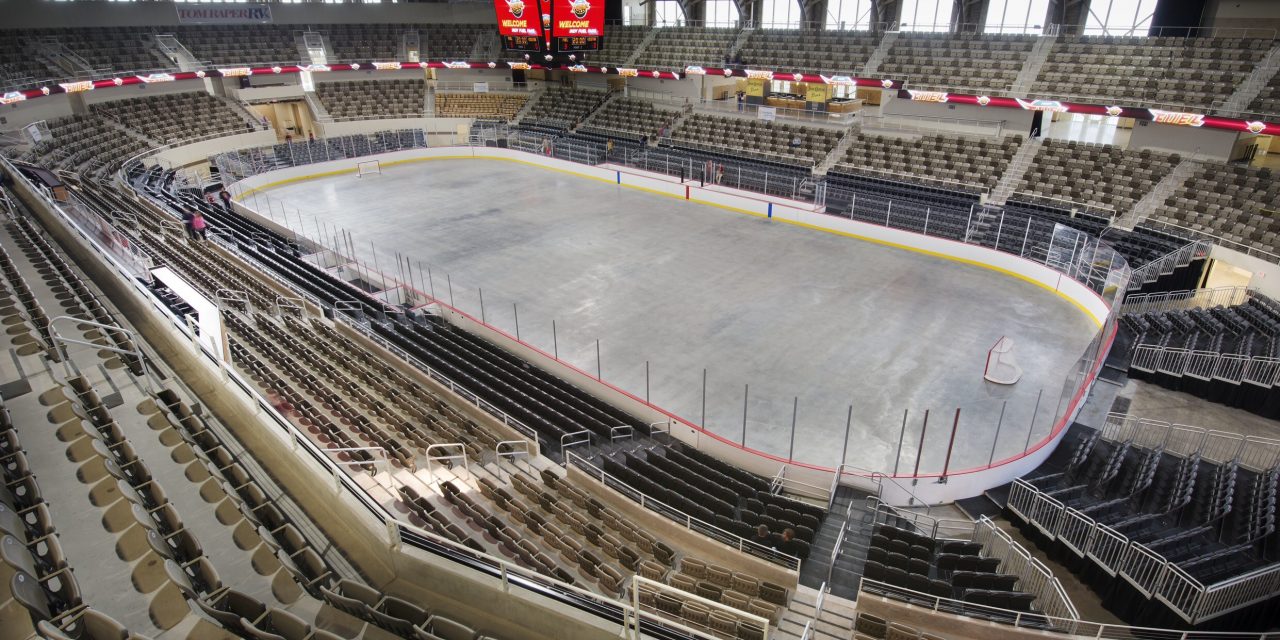 If you took a snapshot of the Indiana sporting landscape, you’d undeniably land on basketball or football as the chosen sport of the Hoosier State. After all, Indiana has been graced by the Hollywood limelight to tell two all-time sports movie stories in Hoosiers and Rudy.

Yet in recent years the state has embraced another Midwestern tradition more prominently associated with Michigan, Minnesota or Wisconsin: hockey. The University of Notre Dame hosted the 2019 NHL Winter Classic outdoor hockey game between the semi-local Chicago Blackhawks and the Boston Bruins. Mike “Doc” Emrick– arguably the game’s most famous broadcaster as well as a native Hoosier– called the game for NBC.

We took a look around the state at four of its top hockey facilities to understand how the game was continuing to grow and evolve within Indiana.

With two full-sized sheets of ice, the Compton Family Ice Arena is the headquarters the of Notre Dame hockey program. Its Lefty Smith Rink has a capacity of 5,022 and features a four-sided center hung scoreboard. The arena hosted the USA Hockey U14 National Championships in early April of 2019, alternating games between its two rinks. From October 2019 through February of 2020 it will host the STX Shootout for a variety of age groups.

Home to the Evansville Thunderbirds of the Southern Professional Hockey League, the Ford Center seats 9,000 for hockey games and also hosts basketball and roller derby. The 290,000 square foot arena opened in 2011 and originally was the home of the Evansville IceMen hockey team.

The home of the Midwest Blackbirds developmental hockey team, the Midwest Training and Ice Center lives up to its name as one of the premier outposts for youth hockey around the state. At the older levels, the arena plays host to the Blackbirds’ United States Premier Hockey League team.

The original home of the Indiana Pacers when they were an ABA team, the Indiana Farmers Coliseum, located on the Indiana State Fairgrounds, is the home to the Indy Fuel ECHL hockey team. The Coliseum seats 6,800 and has hosted a number of professional and semi-professional hockey teams before the Fuel arrived in 2014. In 2015 the site acted as the finals for Indiana’s high school hockey tournaments and the Fuel’s younger club teams host the Fuel Invitational from the building as well.