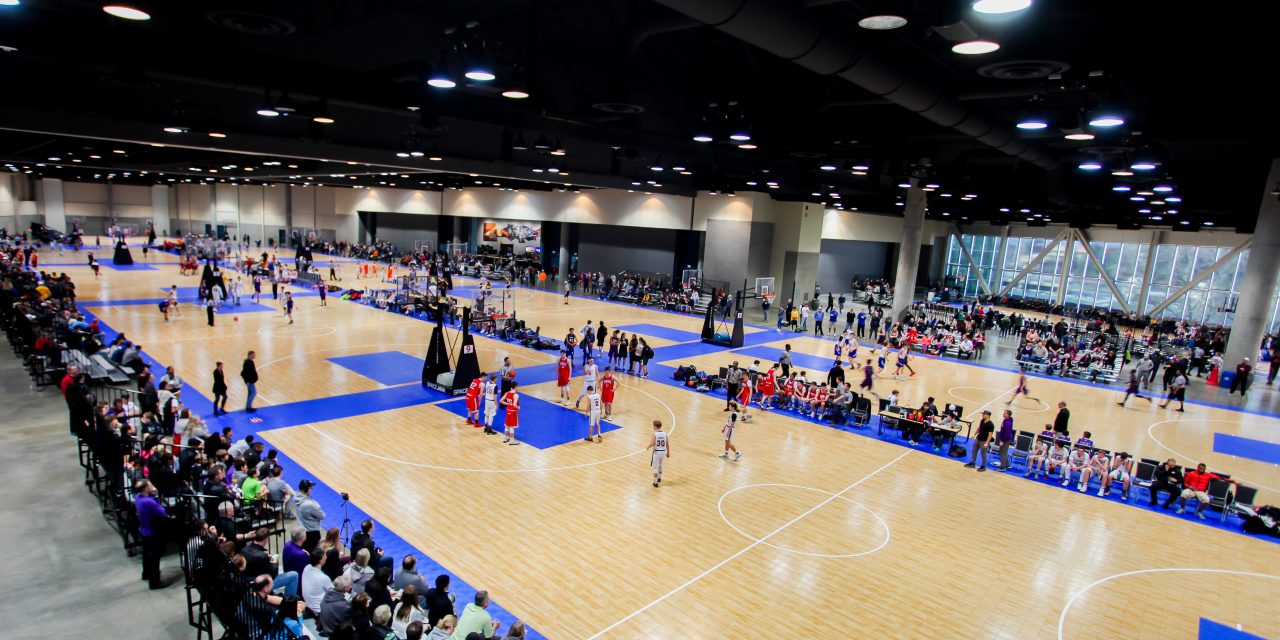 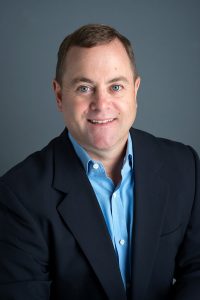 Bill Reinking has been a sports entrepreneur for nearly 30 years. And while the financial analyst in him certainly shapes how he builds winning businesses, Reinking’s current passion project as founder and executive director of State Basketball Championship is rooted in his youth and family. After developing a love for the game on the court himself, it was a trip to his son’s baseball Little League All-Stars tournament that planted the seed for this hoop dream.

Reinking’s financial pedigree traces back to his Pacific Northwest roots, having attained his B.S. in finance from the University of Oregon before beginning his career as a federal bank examiner at the U.S. Comptroller of the Currency. From there, he founded Head2Head Sports in 1994 as an early pioneer in the fantasy sports world, securing partnerships with global entities like the NFL Players Association, NASCAR and PGA to name a few.

In this SPG interview, we explore what separates State Basketball Championship in today’s youth basketball landscape, we get a glimpse into challenges presented from parents and pandemics, and we consider the value of an organization’s economic engine.

Sports Planning Guide (SPG): Where were you when the pandemic hit home for you, and can you take us through what you were thinking on that day and at that time?

Bill Reinking (BR): On Wednesday, March 11, 2020, I was with our team prepping for the Washington Middle School Basketball Championship in Spokane. The event was scheduled to tip-off on Friday and was to be our largest of the year with 518 teams competing on 52 courts. As we were laying portable basketball courts in the downtown convention center, I received a phone call, then later a written directive, from the county health director ordering the cancellation of the event. The next 24 hours were a blur as we scrambled to communicate the news to more than 5,000 families that were ready to make the annual drive of up to seven hours to Spokane. Mass hotel room reservation cancellation ensued.

On Thursday, we received word to cancel our state tournament in Oregon and had to act quickly to get the disappointing news to families. In the coming days, as governors began to shut down large gatherings, we canceled state tournaments scheduled for the following weekend in Missouri, Illinois, and Pennsylvania. Our staff’s thought at the time was to simply postpone the events and reschedule in the next few weeks for when the virus would surely pass. That notion now proves almost laughable not realizing the pandemic would shutter events in a majority of states for the next year-plus.

SPG: Is there a comparable event during your life that you were able to draw from to tell yourself and your colleagues that everything will be okay?

BR: In 2001, I owned and operated a fantasy sports company that concentrated mainly on fantasy football. Our business relied heavily on transactional revenue from our 10,000-plus subscribers, the volume of which was heaviest in the early part of the NFL season as subscribers would trade players to better their fantasy rosters. The 9/11 terror attacks occurred just after NFL Week 1, and the very day we began taking player trades. With air travel grounded and the nation in mourning, the NFL almost immediately canceled all games for Week 2. At the time, there was no indication when or if the season would continue. With the season on hold and our company’s future in limbo, our staff – much like with the COVID pandemic – quickly recognized that things were out of our control and that the health and well-being of our own families and the nation took priority. Taking a step back from the daily grind of operating a business allowed us to re-prioritize the important things in life. Ultimately, the NFL just missed the one weekend of games and replayed them by extending the end of the season by one week.

SPG: Where does your passion for youth basketball come from?

BR: My initial passion came from playing the great sport of basketball and eventually recognizing all of the wonderful qualities the game – as with all youth sports – provide to our children in terms of character-building, physical development and teamwork.

The State Championship concept was initially born when my youngest son played in the 2011 Oregon State Little League Baseball All-Stars Tournament. Teams from every corner of the state converged to battle for the title. It was a true ‘state’ event, as coaches, parents, and players shared many stories of their district play and their exciting journeys to State. The experience created a “light-bulb” moment for me that begged the question: if little league baseball can create a lifelong memory for youth and their families, why can’t we do the same for young hoopers? So in 2012-13, as I was coaching my youngest son’s travel basketball team, I surveyed coaches from competing teams about the idea of staging an annual State tournament for the top youth league and tournament finishers. The result was a sold-out 2013 Oregon Middle School Basketball Championship which serves as our model and now drives multiple State Championships across the U.S.

SPG: In such a competitive market, what’s the State Basketball Championship differentiator, in its simplest form?

BR: Whereas most youth basketball tournaments are open to any team that wants to sign-up, our events are all Qualifier-based. To participate at State, a team must finish first or second in a weekend qualifier tournament or league. We employ multiple State Representatives in each market to attend each Qualifier to award a golden ticket invite to their State Championship and answer questions from coaches and parents. To ensure the integrity of our events, we also employ an internal Eligibility department to confirm each player’s grade level, and as with little league, we verify each player’s home address. Such eligibility enforcement is unique in the youth sports marketplace. In the early years of State Basketball Championship, we unfortunately saw instances of athletes ‘playing down’ in grade which can compromise the competitive balance of championship weekend. These instances led to the realization that we needed to implement and enforce strict eligibility rules. Our eligibility staffing costs are not inconsequential, which I’m sure may be prohibitive for many tournament operators.

SPG: State Basketball Championship is in 11 states now. How does that compare to your goals for scaling when you launched in 2012? Any plans to expand this State Basketball model into other sport disciplines?

BR: Many years ago, a mentor taught me to always, always keep an eye on your organization’s economic engine. Having scaled our fantasy sports company to a national presence over nearly 20 years, we recognized fantasy football to be the king of all fantasy sports. As a result, we spent a majority of resources there. In the case of State Basketball Championship, it’s youth basketball state championships that drive our economic engine. Being in just a dozen of the 50 states, there remains plenty of upside so there are no plans to move into other sports.

SPG: Youth basketball and youth sports—specifically travel sports—have received some criticism in recent years because of escalating costs to participate. With costs that can marginalize lower-income families and an increasing amount of facilities, courts and fields of play, what are your thoughts about where the youth basketball market may be five years from now?

BR: Great question. The cost to play youth sports has become a big issue for many families. In particular, it’s the club-based, travel teams that can quickly erode a family’s budget. There are a growing number of tournament operators that offer year-round circuits for teams and families looking for exposure to collegiate recruiting. Team entry fees, spectator admission, and hotel pricing at these tournaments can be quite high.

Our State Basketball Championship events cater mostly to ‘school’ basketball teams that typically do not travel overnight for competition. Instead, most teams find our State tournament to be their one and only travel opportunity. I do see first-hand and appreciate, however, that the escalating production costs related to facility rentals, officials, and staffing drive the end pricing for teams and families. I believe the ultimate solution for families looking for lower participation costs lies in the hands of local communities that work with their municipalities to provide less expensive facility rentals and equipment purchasing. Fortunately, it seems there’s been a growing emphasis, particularly during the pandemic, for community leaders to actively pursue cost-efficient opportunities for lower-income families to compete.

SPG: What are the biggest challenges for your age groups (grades 4-8 boys and girls)—availability of referees and support staff, unrealistic expectations of parents, something else?

BR: Every staff member at State Basketball Championship will agree that our single largest issue in our environment is handling misbehaved coaches and parents. Given the State tournament name and that most teams are not used to losing, emotions seem to run higher than at other weekend events. We do our very best to set expectations with all attendees that poor behavior will lead to an ejection from a facility and most a ban for the remainder of the weekend. As the initial poor behavior is nearly always directed at officials, we’ve encountered local referee associations whose number of officials is falling. We’ve recently begun employing additional court supervisors which can negate situations from escalating. Basketball is not immune from these issues, which are definitely societal in nature!

SPG: Any parting words of advice for an aspiring event operator trying to carve out his or her own new niche?

BR: I suggest looking for growing trends within your community. Carving out your niche can be best achieved if you are passionate about your game! I’m always excited to see the growing list of event planners that attend our sports conferences. I highly recommend attending as many of these conferences as possible. The value I’ve gained from meeting new contacts at convention and visitors bureaus, sports commissions and hoteliers has been tremendous.