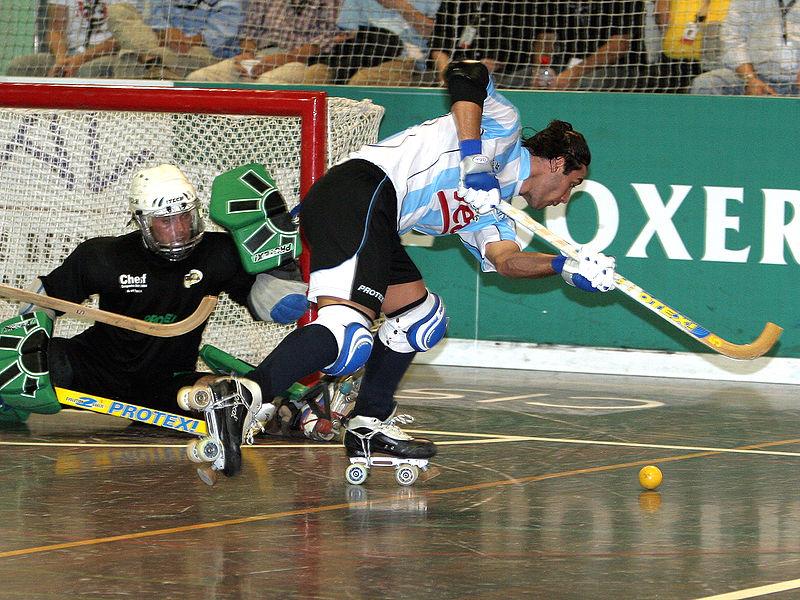 In the world of hockey, sparking interest at a young age is key. It is the belief of USA Hockey that reaching out to children and exposing them to hockey early is the best way to not only gain more players but also retain them for years to come. The organization has dedicated a lot of time and effort into programs that cater to young athletes, as well as the individuals who will teach, nurture and help them gain the skills to become talented hockey players.

USA Hockey is the national governing body for ice hockey in the United States, and its main goals are to promote growth of the sport and provide a fun and exciting experience for all participants.

“We provide the foundation for hockey through education and put resources out there for people,” says USA Hockey senior director, communications, Dave Fischer. “We connect people with the game at every skill and age level, and help to build the love of hockey in America.”

The efforts of the organization appear to be paying off as USA Hockey welcomed over 100,000 kids ages eight and under into the program last year, has over 600,000 members nationwide, and is looking to add even more as it celebrates its 75th anniversary in the upcoming season.

Hockey in the U.S. has seen an uptick in participation over the last few years as it has grown in popularity both at the national and at the youth level. Fischer notes that in the early 1990s, USA Hockey had only about 200,000 members, and it faced many challenges in order to boost that up to the impressive number it is today. The organization had a couple factors working against it, including facility limitations and equipment expenses.

“When you think about putting on a football game…there are hundreds of fields and open grass to play on,” Fischer says. “With hockey, you generally need an established rink or venue; there isn’t always a frozen pond around to play on.”

While facility issues were one challenge, the other was exposing the sport to children at a young enough age.

“At first, we weren’t getting kids at the youngest level and our retention methods weren’t the greatest,” Fischer says. After teaming up with the National Hockey League, USA Hockey was able to establish new programs and initiatives that better exposed kids to the sport, as well as develop a special team that works every day to recruit more people across the country.

Among its many successful services, USA Hockey is particularly proud of its optimal athlete development model, which provides a blueprint to all leagues and coaches for helping players build their skills to their fullest potential. The model is a good reference for all participants and provides a standard when it comes to training and educating athletes, which is one of USA Hockey’s main focuses. Fischer also said the organization just launched a new educational platform that is unlike anything it has done before, and is fairly unique in the sports world.

“The online age specific coaching modules cover the gamut of an athlete’s life,” says Fischer. “Everything from skills, nutrition, sleep, psychology and where the athlete is in their age group and skill level is in these modules, and they are a great tool for coaches.”

The idea of the modules, which are five-hour online programs, is to give coaches the information they need to better educate and train their players. Since all athletes are different, each coach must be aware of all the factors contributing to the development of their hockey abilities.

Along with its educational instruments, USA Hockey hosts a number of events to help extend its reach into communities. One of its newest events is Try Hockey for Free Day, which takes place on Nov. 5 and includes over 300 rinks that will host clinics for more than 10,000 kids who will try their hand at hockey for the first time.

“We’re excited about the number of young kids getting involved,” says Fischer. “And these events are just another way that we can expose people to hockey early on.”

Another popular event that has grown over the years is the Pond Hockey National Championship, which will be celebrating its seventh year. The tournament takes place in Eagle River, Wisconsin in mid-February and draws thousands of spectators each year. In its first year, 40 teams were signed up to participate. That number has catapulted to 265 teams, showing just how much of an influence hockey has had on America.

A major accomplishment for USA Hockey is how prominent the sport has become over the last few years. “In 1950, no one would have expected hockey to be in all 50 states,” says Fischer. He notes that now there really isn’t any uncharted territory for ice hockey, even in areas, like the South, where people never imagined it would go. In terms of international presence, the U.S dominates in major hockey championships for both women and men, which is a good measure as to how much the sport has grown. And USA Hockey sees no sign of it slowing down.

“We want to create an environment that is fun,” Fischer says. “Because making it enjoyable is what grabs kids’ attention and really gets them excited about the sport.”

USA Hockey has worked hard to support grassroots hockey programs, providing educational programs for coaches and learn-to-play programs for athletes, running regional and national tournaments, and sponsoring local ice hockey events. The organization emphasizes a fun, safe environment in which to play hockey, and its primary goal has always been to put kids first.