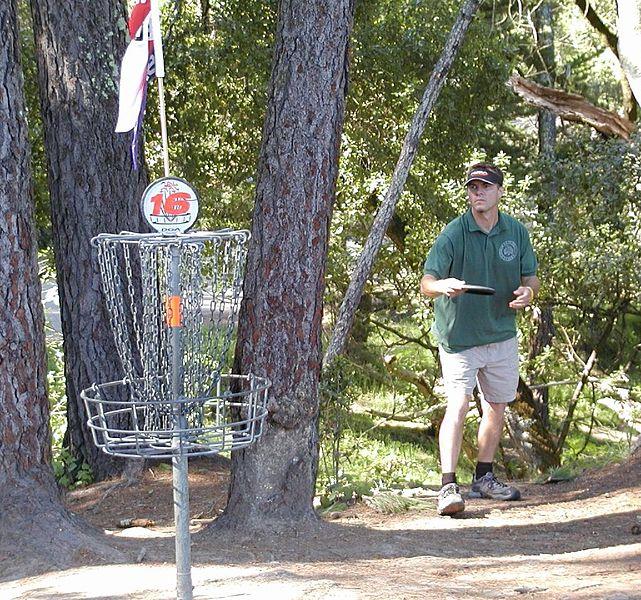 Twenty years ago Brian Graham would walk in to park district offices and explain to them what disc golf was. Those days are long gone, with disc golf courses popping up all over the world and with an estimated 8-12 million people having played the sport at least once.

“Disc golf is definitely on the rise,” said Graham, who is now the executive director of the Professional Disc Golf Association (PDGA). “More and more communities around the country are installing courses and more and more people are playing the sport and sanctioning events.”

The PDGA was formed in 1976 by a group of avid disc golfers with a desire to grow the game. Most park districts didn’t have the funding to build a disc golf course when appealed to by the association, but often they would allow local disc golf clubs the opportunity to build their own courses in parks that were marked by vandalism or suspicious activities. When these courses were established, the increased foot traffic of disc golf players helped to alleviate the parks’ pervious issues.

Curious about the rules of disc golf? Check out the video below.

“It took a while, but the park directors took notice and said ‘Hey, we really like what you did with that park. We have another park over here where you could put a course in,’” Graham said. “As more and more courses were installed, more and more people started playing. That was just kind of the natural growth and evolution of the sport.”

Around 2007, however, disc golf’s popularity exploded unlike it ever had before. While it had taken 30 years to establish 1,861 courses in the U.S., the country saw 1,319 added in just the next six years. PDGA membership nearly doubled during that span.

“Five or six years ago, that’s when people really started taking notice,” Graham said. “The sport is really booming. We’re just struggling to keep up with the growth.”

Brian Graham Professional Disc Golf Association
Our rules, terminology and etiquette are nearly identical to golf, but we play primarily in public parks and it’s much more relaxed. It’s generally free to play and you can play a round of disc golf any time you want to.”

Disc golf follows the same general set of rules as traditional golf, with competitors seeking to complete an 18-hole course in the fewest number of strokes (or throws) possible. The obvious differences between the two sports are the use of a disc instead of a club and ball along with the fact that the targets are elevated metal baskets instead of holes in the ground. But disc golf’s distinct informal culture is what draws many of its players.

“Our rules, terminology and etiquette are nearly identical to golf, but we play primarily in public parks and it’s much more relaxed,” Graham said. “It’s generally free to play and you can play a round of disc golf any time you want to.”

While not many people have taken to striking business deals on the disc golf course just yet, this new variation of a classic game shares another aspect with its forefather − a hard-to-pin-down addictive quality.

“There are two things that grab people,” Graham said. “People get out and they throw a frisbee, and sometimes the frisbee just goes wherever it wants to go. But once you learn controlled flight—making the disc do what you want it to do—that’s the first thing that grabs you and really makes you addicted to the sport.

And then the sound of the disc hitting the chains [of the hole]—it makes a ‘ching’ noise—and that sound just grabs you. You literally dream that sound. The closest thing to it would be the ‘swoosh’ of a basketball going through the net. You have that same sound quality of a successful shot in disc golf.”

Already with a professional tour, leagues around the world and a growing population of competitors, Graham sees disc golf as being in a similar position to what golf was in the 1930s, before it became a widespread major sport.

“We do have a pro tour and we do have some great athletes that play full-time,” Graham said. “None of them are really getting rich, but they’re living their dream. I do see the sport continuing to grow to where more and more people can make a living doing it.

Despite the sport’s recent boom in popularity, the PDGA is still working to grow the sport around the world through establishing course construction guidelines, starting club teams at colleges and teaching kids how to play through public schools.

“Honestly, it’s such a good game that it grows on its own,” Graham said. “I have no doubt that if [the PDGA] were to go away, the game would continue to grow. It’s that good of a game.”

For more information on the history and rules of disc golf or PDGA events and initiatives, visit www.pdga.com.