Nine Great Baseball Parks and Complexes in the East for 2018 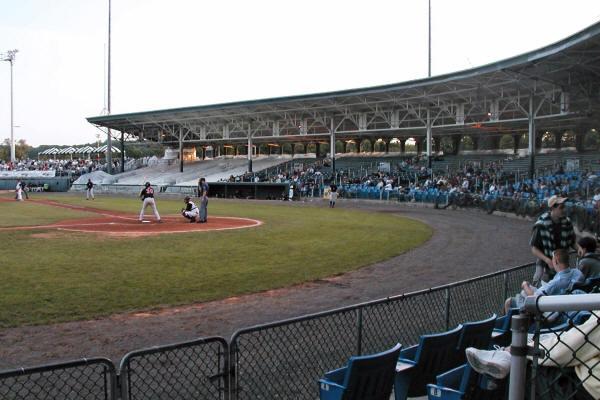 The East Coast of the United States is the most populated of our country’s regions. It is home to world-class baseball from the Major Leagues to the Cape Cod League, thus, it’s no surprise the Eastern seaboard contains so many fabulous baseball parks. Here are nine of the best in the region, listed alphabetically, that will enhance any family vacation. 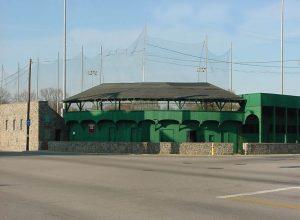 One of the oldest ballparks in the United States, Cardines Field broke ground in 1908 and was renovated in 2000. It has been described as a “small urban gem of a ballpark” and features a charmingly shaped outfield fence whose dimensions were built to adjust to the close proximity of residential housing nearby. The field has a stone façade and covered wooden grandstand and both dugouts reside on the same side of the field, a peculiar oddity. The park is the home of the Newport Gulls of the New England Collegiate Baseball League. 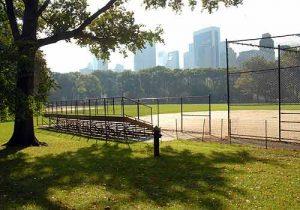 Few cities in the world can match the energy of New York City and Central Park resides right in the middle of it. Central Park is the most visited urban park in the United States and one of the most filmed locations in the world. It covers 843 acres and has become a haven for baseball and softball players across the city. Central Park has 26 state-of-the-art ballfields that offer magnificent views of New York’s skyline. Hundreds of baseball and softball games are played each season at the six fields that make up Heckscher Ballfields, the eight fields of Great Lawn and the seven baseball and five softball fields of North Meadow. 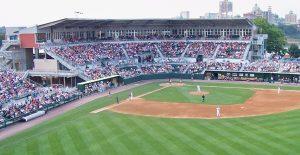 Situated in the state’s capital along the Susquehanna River, FNB Field boasts big sports names and events, like the Washington Nationals’ AA affiliate, the Harrisburg Senators, the Big 26 Baseball Classic and Penn FC Soccer. At the Big 26 Baseball Classic in particular, high-school players have the chance to be scouted by professionals. FNB Field is also a part of the 62-acre City Island, which comprises a multi-purpose facility and riverside park. In 2009, FNB Field underwent a major $45 million renovation to revamp the whole complex. The stadium now houses luxury seating, a high-definition field lighting system, a “Midway” activities center for families and children, 20 suites with skyline views, a new sound system, press box with digital amenities and a reserved parking lot. 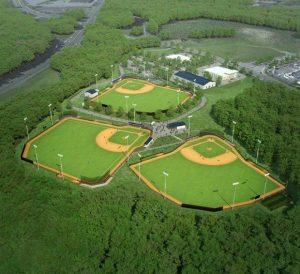 Home to the New England Ruffnecks, the 30-acre New England Baseball Complex in Northborough holds several conferences and tournaments throughout the year for both college-level and youth teams. With three different playing fields, dugouts and concessions, this fully equipped complex has everything you’ll need when looking for that perfect tournament location. The NEBC offers cage rentals to Little League teams, individuals and travel teams and offers discounts to all teams participating in NEBC tournaments. 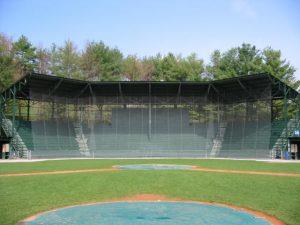 Another classic ballpark, Recreation Field was built in 1940 and features a wooden grandstand that seats 1,500 fans behind home plate. The park’s surroundings are beautiful as pine trees encompass the grandstand and a wooded hillside resides beyond the left field fence. Major League Baseball pitching legend Robin Roberts honed his craft at Recreation Field in 1946-47 before he was promoted to the Major Leagues. Recreation Field has served as home of the Vermont Mountaineers of the New England Collegiate Baseball League since 2003. 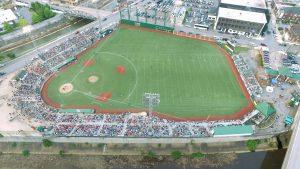 For a top-notch baseball facility right in downtown Johnstown, sightseers can visit Point Stadium. Named for its position at the confluence of the three rivers, the park is both scenic and practical. It is home to the annual All-American Amateur Baseball Association (AAABA) national tournament, and is also used for local high school football games. For those looking to plan an event in the heart of Johnstown, Point Stadium is not to be missed. 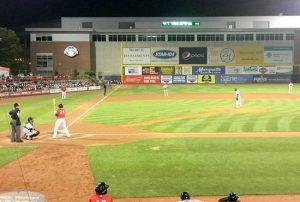 What could be better than playing baseball in the heart of downtown Erie, on the same field that the AA Erie SeaWolves call home? This 4,200-seat stadium has seen recent improvements that have added a scoreboard with a 40-foot video display and a two-tiered Picnic Garden with 11 Club Seat Boxes. UPMC Park has experience hosting all levels and makes for the perfect baseball destination. The park opened in 1995 for a cost of $9 million, replacing Ainsworth Field, which was built in 1947. 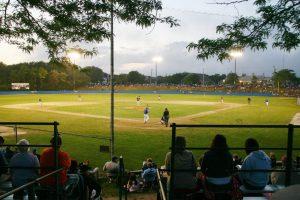 Veterans Field has been the home for Chatham teams since the inception of the Cape Cod Baseball League in 1923. It has a capacity of approximately 2,000 people but much of the seating is informal around the perimeter of the field on grass, lawn chairs or blankets. This extra seating means the quaint park can accommodate close to 8,500 people informally. 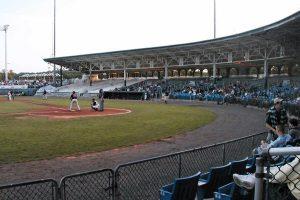 Primarily used for the Yale University baseball team, Yale Field opened in 1928 and holds 5,000 people. The park features a horseshoe-shaped concrete grandstand and is lined with arches, giving it a classic look. The Yale Bulldogs have played on this field since 1928, and it was the site of one of the most famous college baseball games in history. On May 21, 1981, Ron Darling of Yale battled Frank Viola of St. Johns for 11 scoreless innings before St. Johns scored a run in the 12th inning to prevail 1-0. Darling pitched 11 innings of no-hit ball (still a college playoff record) before giving up a single in the 12th.