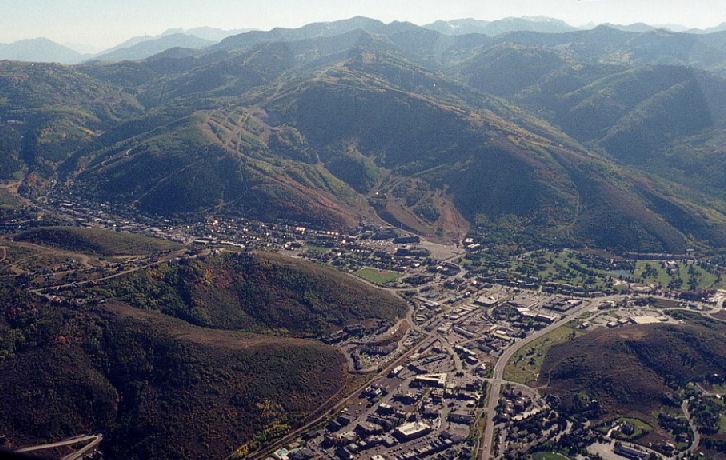 In 2002, the state of Utah held the Winter Olympic Games and built several beautiful venues to host the prestigious events. Three cities in particular, Ogden, Park City and Salt Lake City, had hosted a greater portion of the Olympic Games and still are major players in the Utah sports scene today. The snow-covered mountains of Utah have made it one of the hottest spots for winter sports. For the summer months, Utah has a lot to offer as well.

Famous for its silver mining roots, Park City is a ski town rich with history. In fact, Park City Consolidated Mines started the ski business with their first lifts on Treasure Mountain. In 2002, Park City held the majority of the skiing competitions in the Winter Olympics. With the variety it has to offer, Park City is a winter sports paradise.

For the unique sports of luge, skeleton and bobsledding, the Utah Olympic Park is the place to be. The facility has a 1,300-meter sliding track with five different starting points, allowing for versatility in competition. For freestyle and nordic jumping skiers, it’s a great place to compete and train. The park has a 750,000-gallon freestyle aerials training pool for summer practice. Along with the training facility, Utah Olympic Park has six nordic jumps.

Park City also calls out to those who look to get a little more extreme. The Park City Skate Park is a unique location for skateboarding and other extreme sports. The 20,000-square-foot concrete skate park is equipped with lights so events can last past dusk.

Ogden was the Junction City of the Transcontinental Railroad, historically marked by the Golden Spike site at Promontory Summit. Today, Ogden is a golden location for winter sports. The high elevation of Ogden makes it a first-class skiing location. If winter is not your thing, Ogden has several baseball and softball fields available for tournament play. There is nothing like playing America’s pastime with the backdrop of the Wasatch Mountains.

During the 2002 Olympic Games, the Ice Sheet at Ogden held the curling events for the Winter Games. The rink is a great place for ice hockey, curling and figure skating, with a seating capacity of 2,000. The Ice Sheet also has a pro shop in the lobby for replacement equipment or a quick skate sharpening.

Located 10 minutes away from downtown Ogden is Powder Mountain. The 7,000-acre property always has something new for skiers and snowboarders alike. With 135 runs on three different mountains, skiers have a lot to choose from for their event.

The Ogden area is home to four major venues for baseball and softball. The minor league Ogden Raptors call Lindquist Field their home. This venue has been named the “best view in all of baseball” by Baseballparks.com. The field holds just over 5,000 and is right in the heart of downtown Ogden.

Other baseball and softball fields in the area include Steed Park, Centerville Community Park and Ellison Park. All three venues are approximately 15 minutes from downtown Ogden.

Salt Lake City is famous for hosting the Winter Olympics in 2002 and is one of the West’s most prosperous cities. From humble Mormon beginnings, Salt Lake City became a healthy community with a population of about 200,000 people. Being a large city, several great sporting venues are scattered through out the area. With plenty of hotels, it is a prime location to hold tournaments for hockey, basketball and other sports.

The Salt Lake City Sports Complex lies in the heart of the city. The complex has two ice sheets and is great for hockey or figure skating. Being the training site of the 2002 Winter Games, the facilities are of Olympic caliber. Along with the two rinks, there is a magnificent training facility for off-ice workouts.

Located in the west valley of the city is the b. This rink was the practice location for the men’s hockey teams during the Winter Games in 2002. The seating capacity is 550. The women’s practice facility, the County Ice Center, is just a few minutes from the Acord Ice Center. Commuting to both rinks from any downtown hotel is no problem, and utilizing both rinks can accommodate a tournament of any size.

For the hardwood sports of basketball and volleyball, Salt Lake City has a lot to offer. The Energy Solutions Arena is home to the Utah Jazz and seats about 20,000 fans. There is also the 5,000-seat SLCC Bruin Arena is the home of the Salt Lake Community College Bruins. The arena is equipped with a free full-service weight room and a fitness center for off the court training.

The 12,000-seat Maverick Center is a versatile venue. Home of the AFL’s Blaze, and the ECLH’s Grizzlies, the Maverick Center is a great venue for not only volleyball and basketball, but also hockey, indoor soccer, gymnastics and other sports. The center recently held an exhibition game for the National Lacrosse League.

For tennis, there are several options in the Salt Lake City area. The George Eccles Tennis Center is an indoor facility with eight courts. It is the home of the University of Utah’s woman’s tennis team and is one of the finest indoor facilities in the nation and seats 1,500 fans. For outdoor tournaments, there is the 16-court Liberty Park Tennis. The park has is equipped with lights for events that last into the night.

Utah is a great host state for whatever sport you are looking to play. With the 2002 Winter Olympic venues still in place, Utah has all the tools to host a great tournament, whether it is in Ogden, Park City or Salt Lake City.