This pleasant Illinois town is known for hosting sports tournaments of all levels in its state-of-the-art venues. In fact, the Bloomington-Normal Area Sports Commission helps planners execute more than 65 tournaments annually. This impressive record and timely planning are key ingredients for organizing successful tournaments. 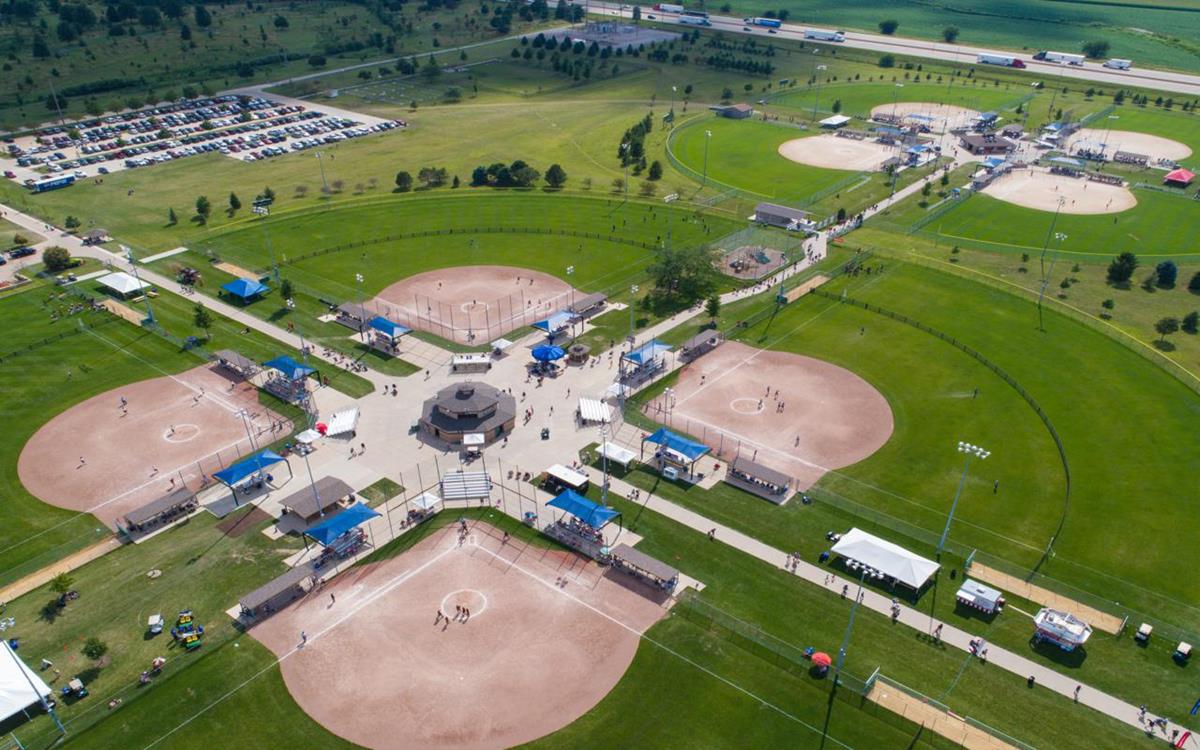 Champion Fields, in Normal, is a complex that is anything but normal. Considered to be one of the finest softball complexes in the Midwest, this facilty boasts eight lighted diamonds in the main area and two lighted diamonds at Maxwell Park. The host site for 10 ASA/USA National Tournaments in the past two decades, Champions Fields played home to the 2019 USA Softball 12A National Championship in June. Fields have covered dugouts, bleacher seating, scoreboards and a P.A. system. Each set of four fields also has a concession stand, making this one of the Prairie State’s go-to softball locations. 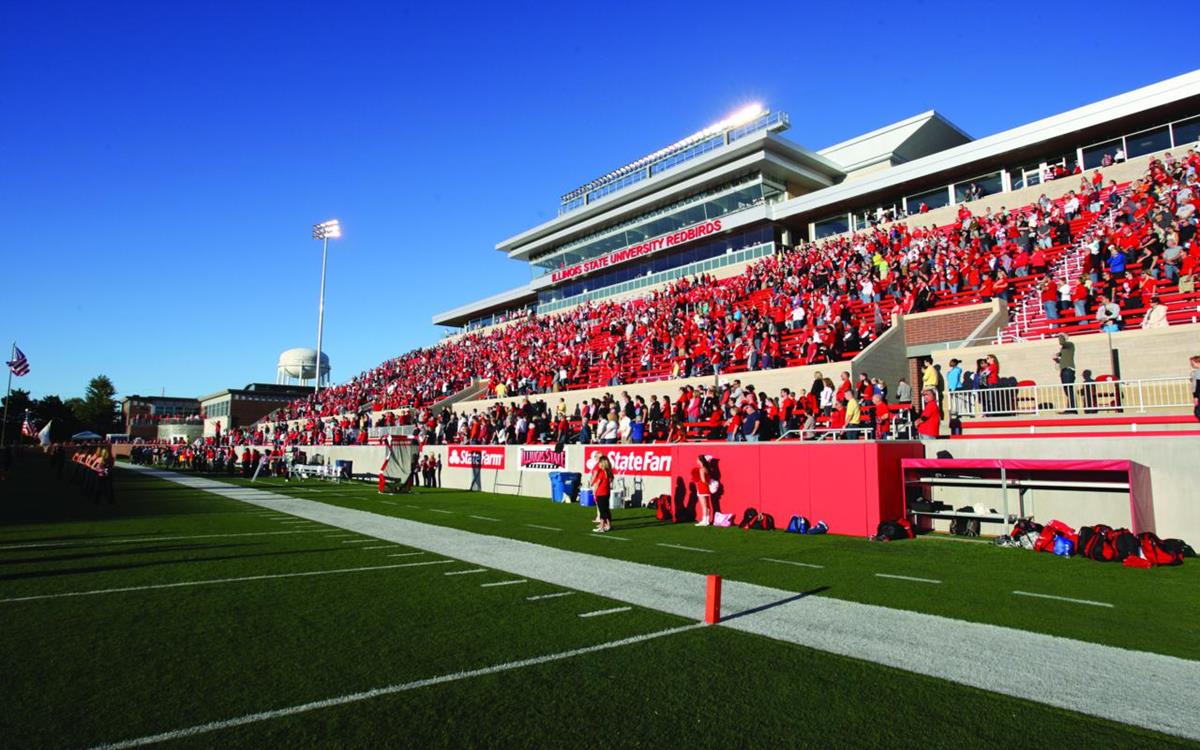 Hancock Stadium is a 13,391-seat, multipurpose facility in the heart of Normal. Home to the Illinois State University football team, Hancock is one of the Redbirds’ finest athletic complexes. In 1969, it became Illinois’ first college stadium to feature artificial turf, which was replaced in 2010. That same year, a new scoreboard was installed. Other amenities include a state-of-the-art press level, a 5,500-square-foot indoor club, the Redbird Team Store and a spacious concourse. Hancock Stadium’s advancements enabled it to be chosen to host events at the Special Olympics Illinois Summer Games in June of 2019.

The crown jewel of Illinois State Athletics, Redbird Arena is used by the men’s basketball, women’s basketball and women’s volleyball teams. The multipurpose facility can hold up to 10,200 enthusiastic fans, making the student section at ISU basketball games especially raucous. The arena has a center-hung scoreboard with four-sided HD video boards, making it easy to relax and watch a game no matter where you are in the stadium. Redbird Arena has hosted Illinois High School Association events and can host wrestling and cheerleading meets as well as volleyball tournaments. In February of 2020, it will be home to the IHSA Girls Basketball State Finals.

So far, this article has only touched on Normal’s largest university, Illinois State. However, Bloomington is home to one of the state’s most beautiful liberal arts colleges, Illinois Wesleyan University. The Illinois Wesleyan Titans hold many of their athletic contests at the Shirk Center, a multi-purpose athletic, recreation and wellness complex that contains facilities for basketball, volleyball, track and tennis. Seating capacity is 2,400 with room for an additional 400 spectators. Other incredible features include a 200-meter, six-lane indoor track, two batting cages and four courts for basketball, tennis, volleyball and badminton. With all these amenities, it’s hard to imagine why a tournament planner wouldn’t love the Shirk Center. Not to mention, the complex was selected to host the Midwest Nationals Wrestling Tournament in July of 2019. 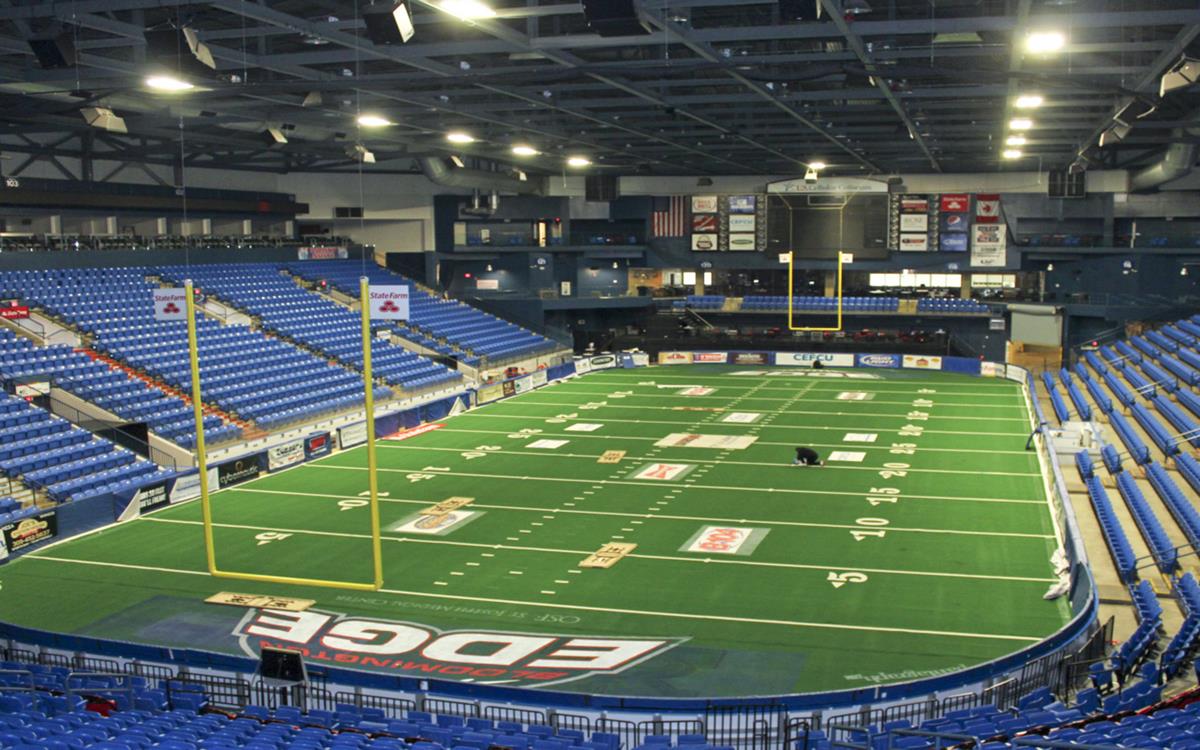 Another one of Bloomington’s top-of-the-line venues is Grossinger Motors Arena, which opened to the public in April of 2006. Home of the Illinois State University hockey club, this complex does a whole lot more than hockey: it is also a popular site for indoor football and concerts. For events like these, seating capacity varies between 7,000 and 8,000. The multi-surface Grossinger Motors Arena is an incredible place to watch a sports event, as it offers 800 club seats, 24 luxury seats and two party suites. Whether you love Redbirds hockey or you just want to enjoy a concert, this Bloomington gem does it all. 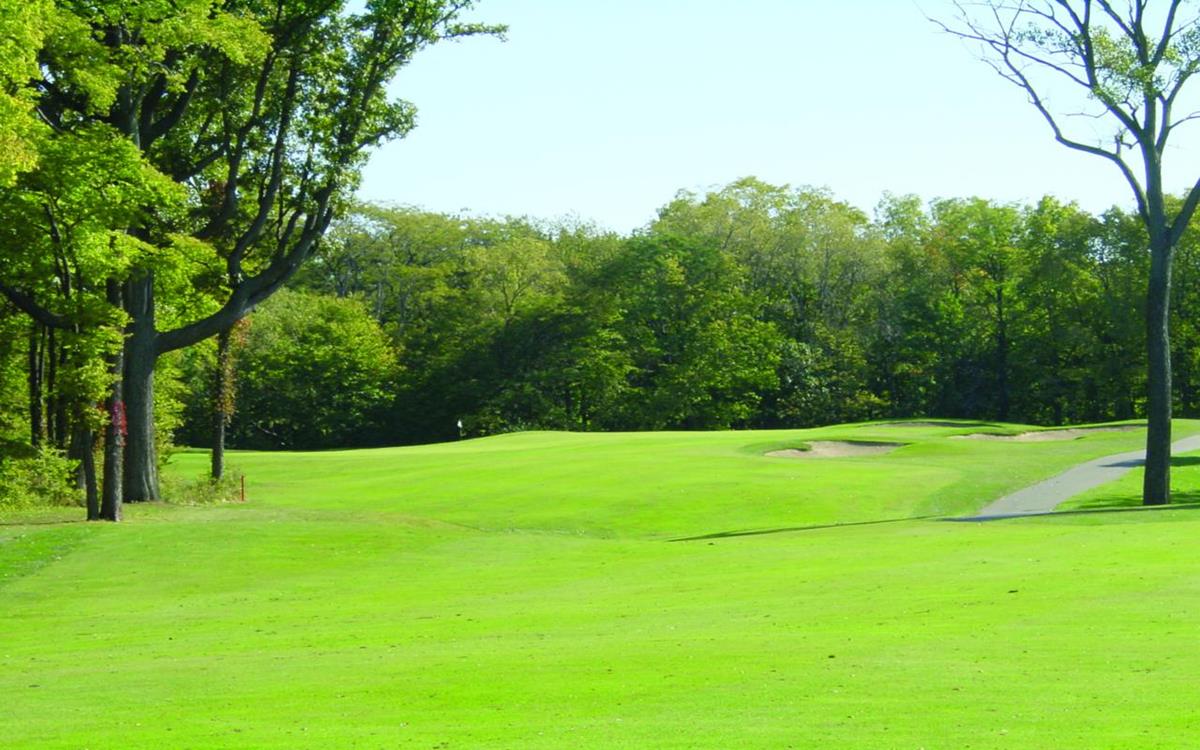 The Den at Fox Creek has the type of beautiful name that suggests a majestic, quaint golf course. Opened on August 1, 1997, the Den measures 6,926 yards from the Palmer Tees. At this point, one might wonder why the long tees are called “Palmer Tees.” The answer is that this is an Arnold Palmer Signature Golf Course, with bluegrass greens and fairways, as well as 131 strategically-placed sand traps. There are water hazards on nine of the 18 holes, plus a large putting green, a chipping green and a grass driving range with multiple target greens. The Den even hosted the State Farm Youth Classic in June of 2019. This one is simple: if you love golf, you will love the Den at Fox Creek.

The Corn Crib, one of Normal’s most famous multipurpose stadiums, has more to offer than just a catchy name — although it has that part covered. This venue is primarily used for baseball — it plays home to the Normal CornBelters, a collegiate summer team — but also hosts soccer and softball tournaments. It is located on the campus of Heartland Community College and seats 7,000, making it a great option for putting on a sports tourney.

Things to do in Bloomington-Normal?

Consisting, as the name suggests, of the towns Bloomington and Normal, this metropolitan area is one of the Land of Lincoln’s finest places. It is home to historic, educational attractions, as well as state-of-the-art athletic complexes and numerous lodging options. Normal is home to Illinois State University, the oldest public university in the state, though many of its fields and stadiums are brand new. Put simply, Bloomington-Normal is the kind of place event planners’ love, particularly because there is so much to do around the area. Lodging options include stays at the Hyatt Place Bloomington-Normal, Bloomington-Normal Marriott Hotel, DoubleTree by Hilton, and Courtyard by Marriott Bloomington-Normal, among several other hotels.

There’s something for everyone at the Miller Park Zoo, which offers families exciting chances to see a wide variety of exotic animals. Some popular exhibits include the Tropical America Rainforest and ZooLab. From seeing river otters and red wolves to checking out the Katthoefer Animal Building, children will love a day at this public zoo. They will also love the Children’s Discovery Museum, where kids are encouraged to touch the exhibits. Founded in 1988, the museum is perfect for children of all ages. Then, of course, there is the Cruisin’ with Lincoln on 66 Visitors Center, which is perfect for kids and adults. Bloomington-Normal has a rich connection to both Route 66 and Abraham Lincoln, so it makes sense that this attraction is one of the area’s most popular. Next, tourists might want to enjoy a night out at the Bloomington Center for the Performing Arts, which hosts more than 500 events every year. No matter what kind of entertainment you prefer, the BCPA will leave you feeling satisfied. Finally, locals love heading over to Upper Limits Rock Climbing Gym for some exciting outdoor fun. Just a mile west of downtown Bloomington, Upper Limits is one of the Midwest’s premier rock climbing gyms.

Special Olympics Illinois has enjoyed a great relationship with Bloomington-Normal Area Convention and Visitors Bureau as well as the Sports Commission. Two of our premier events are located in Normal and B-N CVB and Sports Commission have worked with us to sponsor the events, assist in negotiations with hotels and facilities, provide great community contacts and access for all the athletes, volunteers, families, donors and officials. They have viewed our Special Olympics athletes as individuals deserving of a high-quality State Championship experience. They are true partners in a quality experience.

How to Get to Bloomington-Normal?

By Car: Sports planners that are en route to Bloomington-Normal may take Interstates 55, 74 and 39 from St. Louis or Chicago.

By Air: Teams from farther away may instead fly into east Bloomington-Normal’s Central Illinois Regional Airport. This airport carries flights with Allegiant, American Airlines and Delta. Chicago, Peoria and the Quad Cities also house major airports. 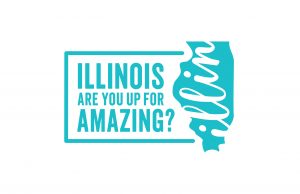