Breaking Stands Up to Chance as Olympic Debut Nears 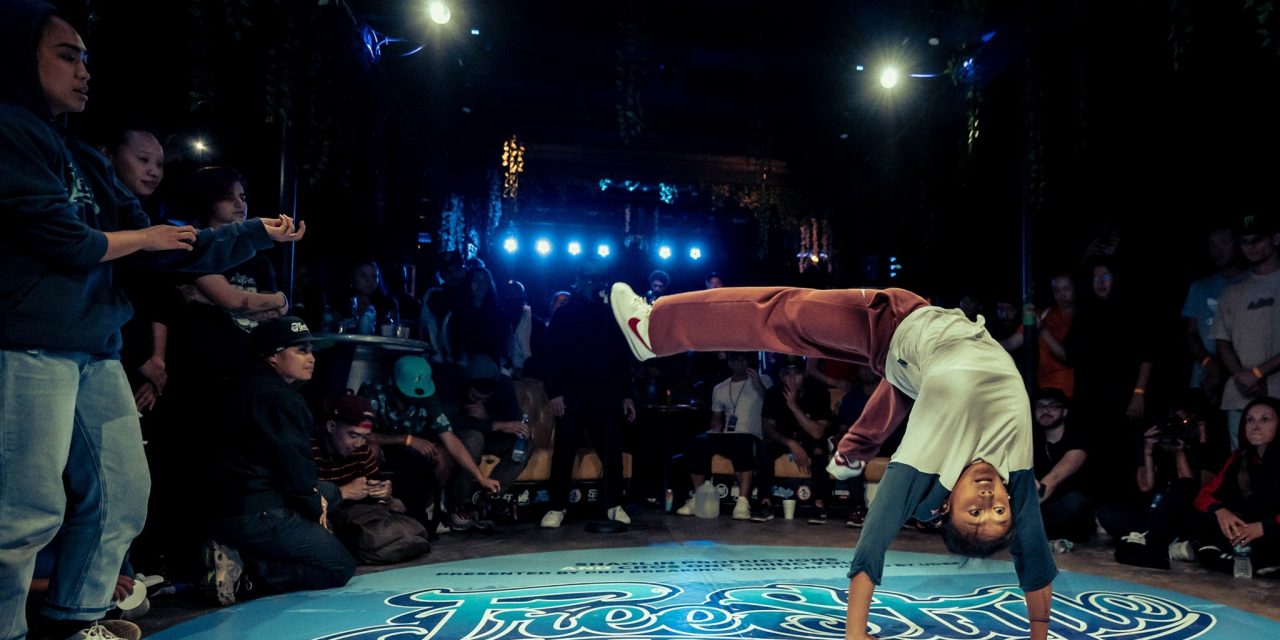 Sport Embraces Olympic Call Out With Paris 2024 on the Horizon

By chance, these Spanish-to-English translations of Buenos Aires also embody the indelible impression that breaking left on international sports event circles after this Argentinian city hosted the Youth Olympic Games (YOG) in 2018.

“We caught wind of that (the 2018 Youth Olympic Games in Buenos Aires) in 2015, so there was a lot of planning, a lot of navigating because there are a lot of external parties and unchartered space that people from breaking may have no idea how to pursue,” said Zack Slusser, vice president of the DanceSport Breaking Division at USA Dance. “There were other individuals who help guide the process to get us to the 2018 Buenos Aires, and basically what happened was it was so successful that the 2024 Paris Olympic Organizing Committee was like, ‘This is incredible, we need this at our 2024 Games.'”

With roots tracing back to street corners and block parties in 1970s South Bronx, New York, breaking is now poised to make its Olympics debut during the 2024 Paris Summer Games. Following in the footsteps of established global breaking platforms like Freestyle Session, the Pro Breaking Tour, Silverback Bboy Events, Red Bull BC One and World Bboy Classic, the 2018 Youth Olympic Games elevated breaking on a global stage to the tune of tens of thousands of spectators during the B-Boy and B-Girl medal rounds in Buenos Aires. As the International Olympic Committee and Paris Organizing Committee prep for the 2024 Summer Games, long-time breaking competitors and supporters like Slusser, also known as Cracker Zack in the breaking community, and Steve Graham—acclaimed for his competitive and philanthropic support of breaking for nearly 40 years—have been building toward this moment for decades.

The collaborative persistence of Graham, AKA Silverback, and Cros1, B-Boy throwbacks from the 1980s and 1990s, led to their more recent co-creation of the Urban Dance and Educational Foundation (UDEF) and the Pro Breaking Tour. Since its 2013 inception, UDEF membership has grown into the thousands across 100-plus nations as it’s helped street dancers establish business opportunities and jobs through breaking. Meanwhile the Pro Breaking Tour has continued to produce and support national events since 2014, from the Silverback Open in the Tour’s first year to the new A.Fatti Philly Open held this past August. It’s programs like these that helped to lay a foundation for a successful Youth Olympic Games and increasing momentum for the Olympics stage.

Yet much work remains during the run-up to 2024 and, to that end, Slusser has been tasked with leading the breaking division of USA Dance, the recognized sport organization for DanceSport under the United States Olympic and Paralympic Committee (USOPC) umbrella. Despite how much breaking has grown over the last half century or how well it was received by the Paris Organizing Committee, the sport’s inclusion in future Olympic Games—including the 2028 Los Angeles Summer Games in breaking’s native country—is far from a lock.

“The Paris Games have added breaking and it’s really up to us, it’s up to the World DanceSport Federation (WDSF) to really execute. The IOC has their goals of target audiences, they want to up their viewership, they want sports that are relevant in terms of bolstering the Olympic platform,” says Slusser. “It’s up to the WDSF to deliver and the American market is obviously going to play a big part in that. It’s really important that USA Dance delivers on creating and bolstering that relationship with the USOPC, and then the 2028 Olympic Committee. We have to convince people that this is one of their vehicles that will help their platform in the long run.” 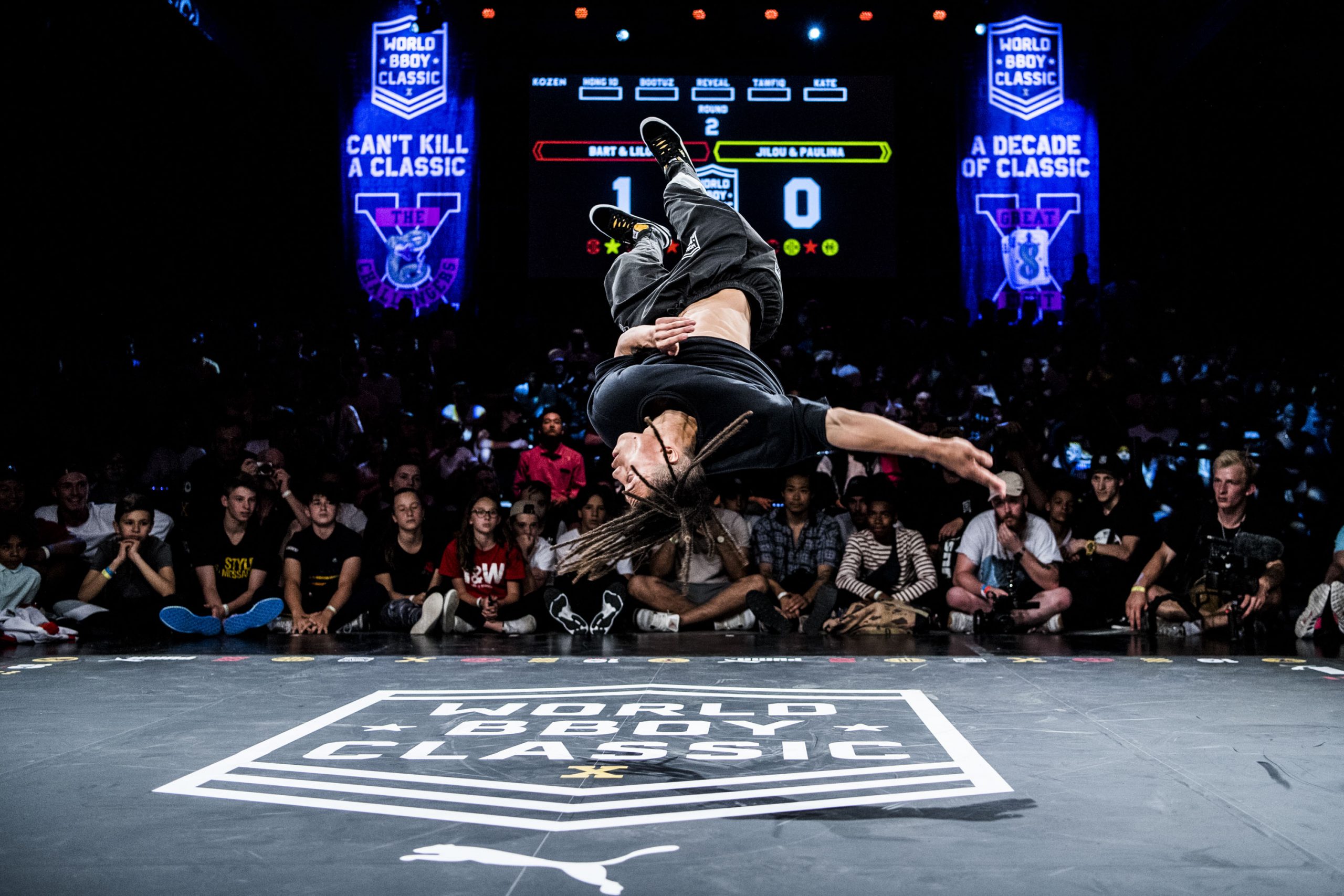 Breaking will make its Olympics debut in 2024. Photo courtesy of the World Bboy Classic.

‘The right people on board’

In addition to Olympic uncertainty beyond 2024, USA Dance remains in the midst of its own breaking proving grounds as it is vying for acceptance as the sport’s national governing body (NGB) in the U.S. Earlier this summer, three entities applied for NGB status and USA Dance—with a history that dates back to 1965—is the only applicant that remains in consideration with the USOPC.

Within the last few months, USA Dance has enhanced its NGB campaign by building a stable of approximately 15 veteran breakers, who are also nonprofit leaders and entrepreneurs, to guide the organization as part of a Breaking DanceSport Committee. Moreover, five of those 15—Tyquan Hodac, Kareem Gwinn, Jamal ‘Nemesis’ Warren, Ben ‘Boxwon’ Barnes-McGee and Morris Isby—were named to the WDSF Breaking Technical Committee in late October to help further connect USA Dance’s efforts with those internationally.

“It’s great to acknowledge that we have the right people on board who are also doing the biggest events and promoting programs and dancers in our breaking community—they are also on board for the Olympic route to 2024,” says Paul van Dal, co-founder of Netherlands-based World Bboy Classic (WBC). “Just making sure that it represents the right values of a breaker, so it’s respectfulness, it’s peace, love, unity and having fun. Those standards that we have as a breaking community and as hip hop, those should reflect in the Olympic Games of 2024. That should not change at all, but obviously the challenges include a transparent judging system, making it understandable to each and everyone what happens. Those are some of the bigger challenges that luckily our breaking community is helping to develop the judging system, to develop the events, to make sure that each country has the right point of contact from the breaking community to have a massive impact in the end.”

While staying true to its hip-hop foundation and developing an unbiased, easy-to-understand scoring system have been concerns, Slusser and van Dal remain optimistic about the progress that’s been made related to developing structure and maintaining integrity. What may have raised eyebrows at first glance in 1983 when Graham, with his Wall Street pedigree, began dancing and investing time and resources in breaking became a longstanding partnership with the community that eventually yielded nonprofit entities like UDEF. And now with USA Dance, also a nonprofit that is looking to become Team USA’s operations arm of the sport, it’s the organization’s approach of giving back to breaking that is building the trust necessary for longevity of success.

“It’s the same with every sport or every culture that becomes mainstream or huge, there is always a group (that is concerned). It’s not a bad thing,” says van Dal. “We can keep learning from each other because we are such a connected community. So I think the people who express their concerns, we are able to talk to them and we are able to overcome our challenges that we have.”

WDSF has amplified educational programming to help alleviate concerns with programs like the WDSF Breaking Congress held in June. The virtual program welcomed more than 1,000 attendees who learned from sessions created and facilitated by renowned breakers on topics ranging from qualifying at high level events to competing as a B-Girl to a review of the Trivium Judging System that is slated for use in Paris. Introduced at Youth Olympic Games qualifying events and in Buenos Aires for the 2018 YOG, Trivium is the real-time judging platform being fine-tuned for judges to score physical, artistic and interpretive qualities so viewers better understand what determines a cypher victor.

“We just need to be better prepared now to make win-win-win scenarios—win for the sport side of it, which is the vehicle that reaches the broader audience worldwide, win for the community level and then also for the partners that come in and don’t know breaking,” Slusser says. “We need to have it be something for them that they’re like, ‘Hey this is valuable, I want to keep investing into it.’ Getting that understanding is a big thing right now. The more unification we have within the community itself, the better off we will be and the better chance that breaking will have to get into 2028 (LA Games).

Long-time breakers and entrepreneurs, van Dal and Slusser have built careers on their passion for breaking. In addition to the 2009 launch of WBC, van Dal is also the founder of New Dance Media, owner of New Dance TV and co-founder of the Nederlandse Breaking League, all of which naturally intertwine van Dal’s love for B-Boy and B-Girl events.

“As a breaker myself, I did a lot of shows and battles. I traveled a lot and at some point I realized to really make a full-time profession out of it I have to dedicate everything,” says van Dal, who cites the music video for Run DMC’s “It’s Like That” as his inspiration for breaking. “I started studying—I studied entertainment and event management and I felt like I was always the one in the crew, the spokesperson, to discuss any questions. I was always the one to be the point of contact and at some point, I started organizing events and I really liked it.”

Van Dal’s events line-up has grown to include 10 WBC qualifiers and the WBC World Finals annually, as well as regular project work with Red Bull BC One. Slusser can relate after serving as the director of tour operations for the Pro Breaking Tour and on the UDEF board of directors from 2013-17, as well as executive advisor to Graham’s Silverback Bboy Events from 2018-21 before his latest endeavor with USA Dance. Slusser, also a professional poker player since 2010, traded his soccer cleats for cypher circles during his youth, a decision that led him to competitions around the world in the early 2000s before his shift to event operations ‘happened by chance.’

“With the Pro Breaking Tour, I was able to put together a 35-event tour in about two months. We (USA Dance) are going to have a full schedule of events,” Slusser says of USA Dance’s 2022 plans. “I’m very well networked with the promoters within the community. There will be fully sanctioned events and nonsanctioned events. We’re going to have a points system within this whole tour where breakers can accrue points that will, in the end, qualify them for placement at closed sanctioned competitions, whether those are regionals or nationals.”

Slusser and the USA Dance Breaking Committee are working within a compressed timeline to deliver next year’s events, as the USA Dance breaking national champions need to be crowned before the 2022 World Games that are set for July 7-17 in Birmingham, AL. After executing a successful inaugural events series, Slusser anticipates an update around mid-2022 about USA Dance’s NGB certification efforts.

“First up is nurturing the USOPC relationship. The way this works is that we could still fail. From my position, I’m going to say that we are not going to fail, but we have to meet those NGB guidelines to be awarded NGB status,” says Slusser. “After the NGB status is awarded, conversations with the LA 2028 Committee will really begin. There are other sports that are making the same move that breaking is, to try to get inclusion in the 2028 Olympic Games—lacrosse being a big one, karate is another one. It’s very competitive and we have to show that we are ready for it. There is a lot of interest and hype around breaking at these events, and if the interest that was shown in Buenos Aires happens (at the Paris 2024 Games), I think we should do very well. But we’ve got to make sure we execute at that level.”

“The Olympic Games will be short, there will only be a two-months max attention span for breaking to a global audience,” adds van Dal. “It’s not really shorter because of the events that are happening, but from a breaking point of view we should maximize every opportunity that we get towards the Olympic Games in 2024 because there are simply no guarantees that it will happen in 2028 in Los Angeles. Chances are big, but there are no guarantees.”