With convenient access, fantastic attractions and unique charm, Colorado Springs is the perfect choice for your upcoming event. Our community has the venues and expertise to host competitions, invitationals, conferences and world-class sporting events. Visit Colorado Springs will be there to assist long before the whistle blows and after the sound of the buzzer.

The U.S. Olympic & Paralympic Museum celebrates the inspired legacies of Team USA athletes. Opening in summer 2020, the 60,000 square-foot architectural marvel features artifacts, athlete stories and state-of-the-art multimedia components that allows for a completely tailored experience for each guest on each visit. The site will be one of the most accessible museums in the world and showcase the globe’s most extensive torch and medal collections. 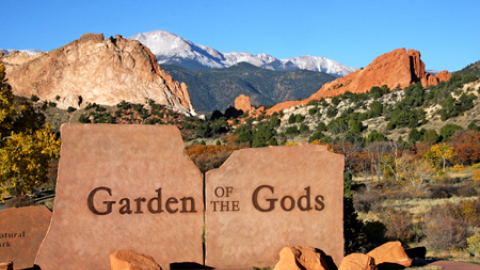 Colorado Springs is a great place to host events and the Colorado Springs Convention and Visitors Bureau professional and personal staff are awesome to work such as assisting us in promoting and planning our sporting events and quickly and efficiently generating competitive hotel proposals to help us locate appropriate sports venues. 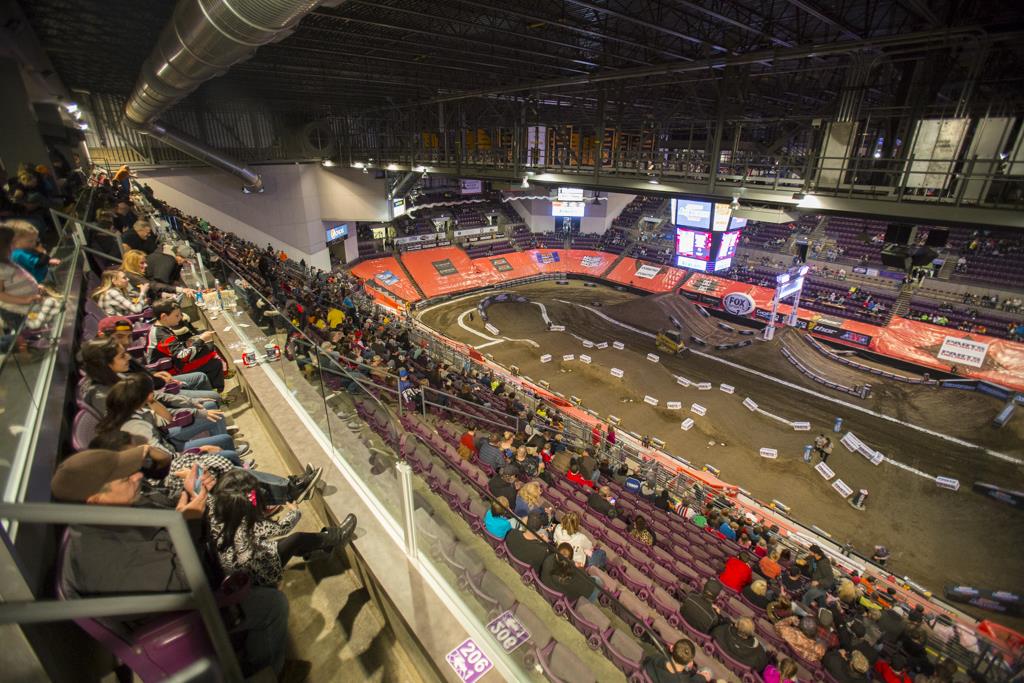 The Broadmoor World Arena is the premier entertainment and sports venue in the Pikes Peak region. This multi-purpose facility can seat 7,500 for hockey, other ice competitions and competitive sporting events and approximately 8,500 for concerts and various entertainment shows. The Broadmoor World Arena is home to Colorado College Tigers Hockey, the Broadmoor Skating Club, and high-profile events including Cirque Du Soleil, Disney on Ice and the Professional Bull Riders.

The World Arena Ice Hall is an official Olympic Training Site and is home to dozens of world-class figure skaters and coaches, The Broadmoor Curling Club and numerous youth, high school and adult hockey leagues and tournaments. With two sheets of ice – one NHL and one Olympic, four jump harnesses, video analysis and a ballet studio, the World Arena Ice Hall is one of the finest training facilities in the world. The Ice Hall can be rented separately or in conjunction with the Arena. 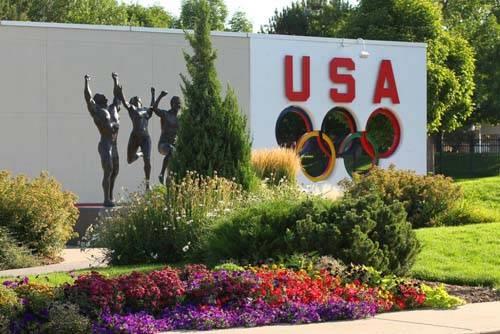 The Colorado Springs Olympic Training Center is one of three official Olympic training complexes in the nation. This 35-acre complex offers sport venues and support facilities for fencing, gymnastics, judo, modern pentathlon, shooting, swimming, taekwondo, weightlifting and wrestling. The facility also includes a state-of-the-art sports medicine and sport science center, and an athlete center featuring a dining hall and multiple residence halls. The Olympic Training Center can provide housing, dining, training facilities, recreational facilities and other services for more than 500 athletes and coaches at one time on the complex. The OTC visitor center was recently reimagined to create an interactive and inspirational experience. 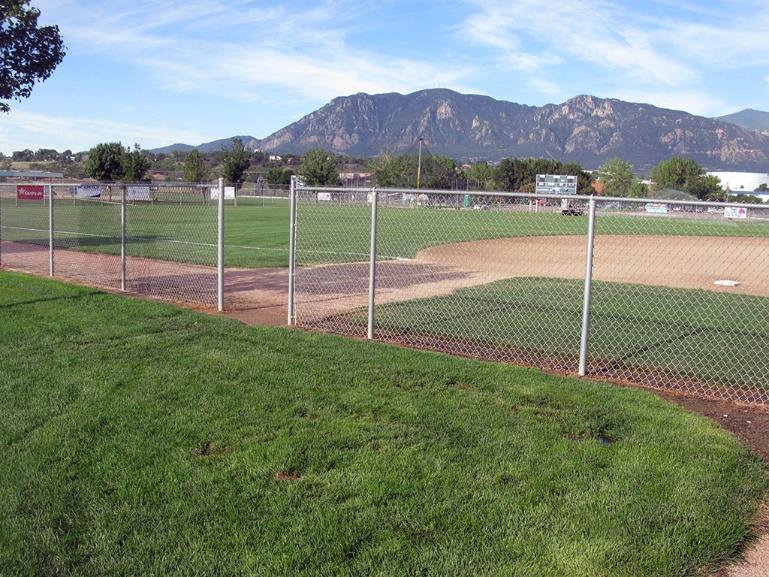 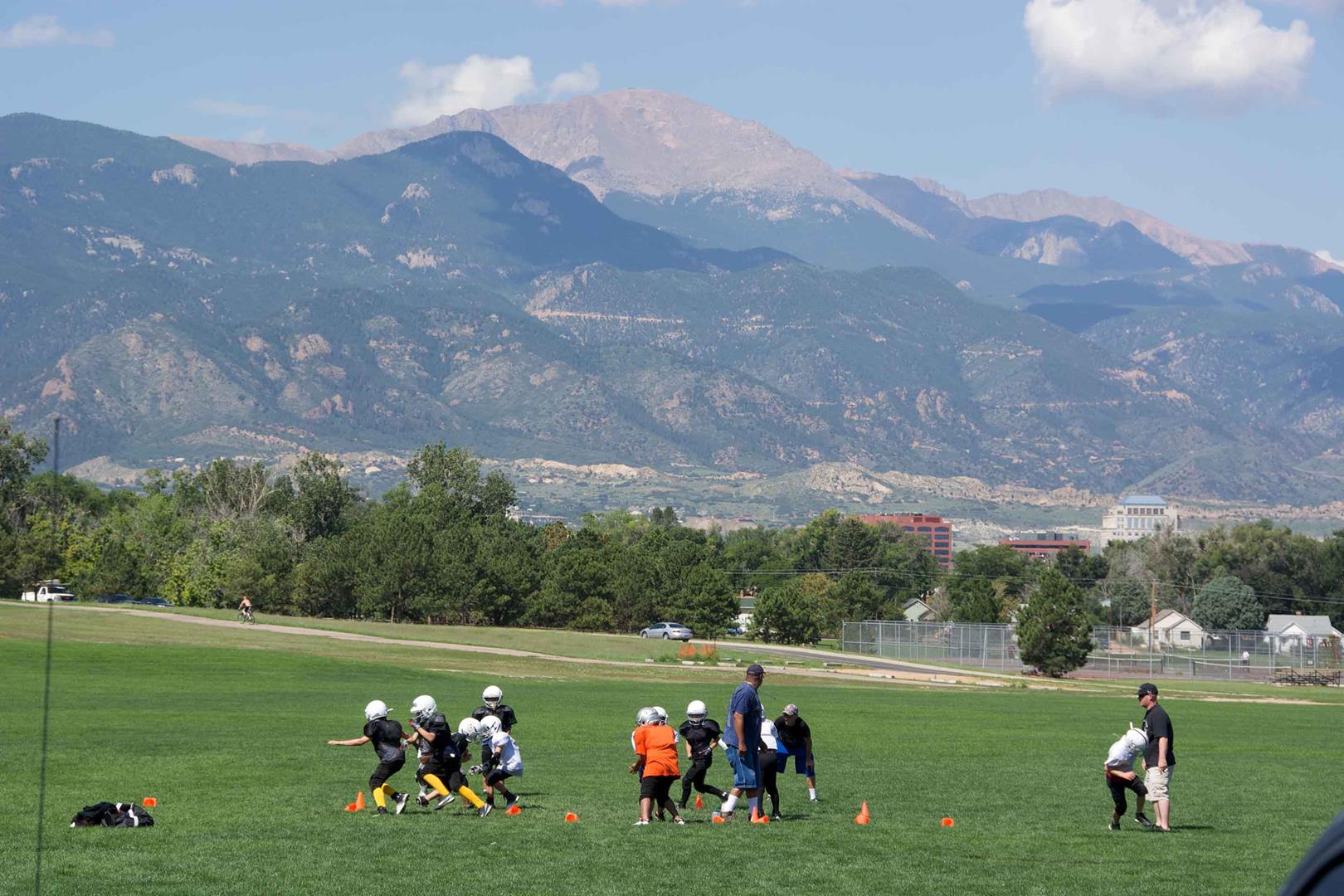 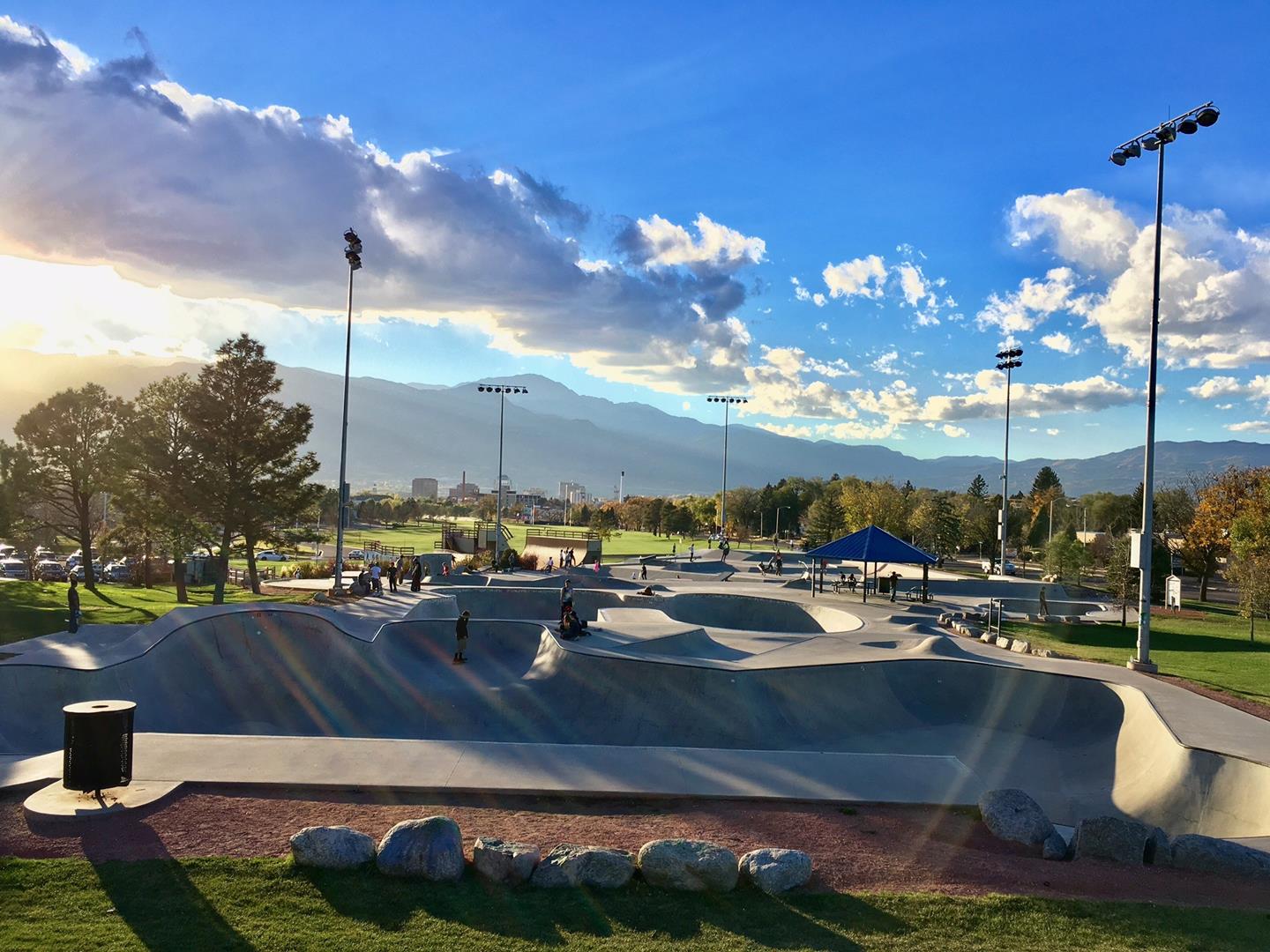 This premier 40,000 sq. ft. skate facility park located in Memorial Park was designed and constructed by professional skate park design firm Team Pain based out of Winter Springs, FL. The park features a backyard-style pool, bowls, a “hole-in-the-wall” feature, a street course, a 6 and 14’ vertical ramps, lights and a picnic pavilion. 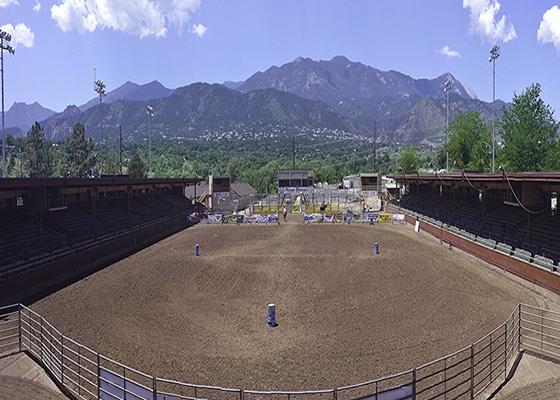 The Norris Penrose Event Center is ideal for hosting a variety of events and is the home of the Pikes Peak or Bust Rodeo. This 71-acre premier equestrian center includes a 5,700-covered seat stadium, indoor arena, seven outdoor arenas, 350 horse show stalls, food concessions and catering facilities, 20 plus acres of parking and over 70 RV hook-ups sites. On site is a 6,000-sq. ft. banquet facility overlooking the rodeo arena and features a 1,800 sq. ft. balcony. The Norris Penrose Event Center has been the host for the Colorado High School Activities Association’s Cross-Country State Championships five years in a row. 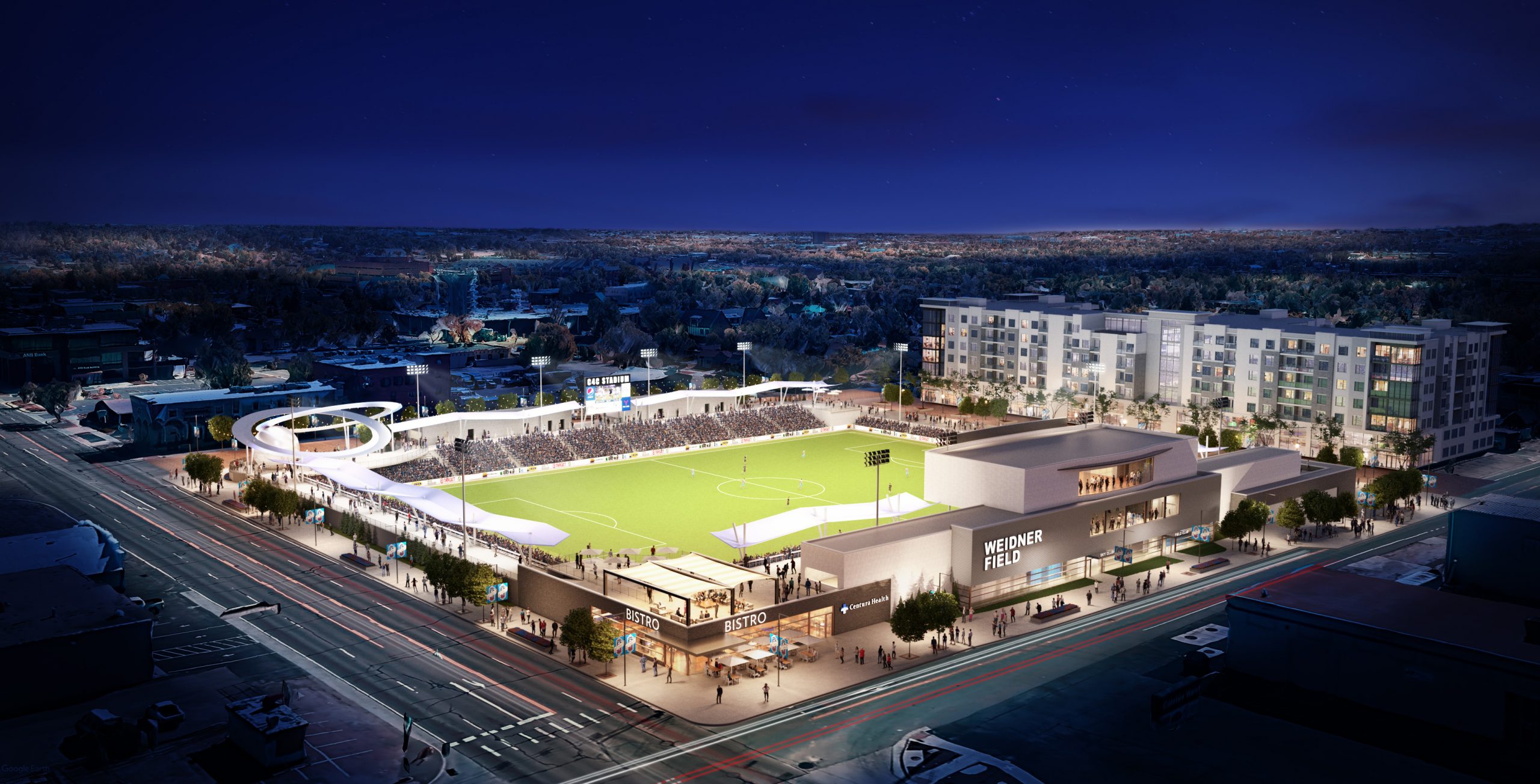 A new downtown stadium in Colorado Springs, Weidner Field is the highest elevated professional sports stadium in the U.S. with a 98,000-squarefoot playing field. The new stadium, which is home to the Switchbacks professional soccer team, offers indoor and outdoor spaces for special events ranging from 20 to 15,000 attendees. With 117,000 square feet of event space, the stadium offers sprawling views of Pikes Peak and the Rocky Mountains, the stadium field Colorado Springs, CO and downtown Colorado Springs.

The stadium, which is near the U.S. Olympic & Paralympic Museum as well as downtown shops and restaurants, is ideal for events, tournaments, competitions, concerts and special events. 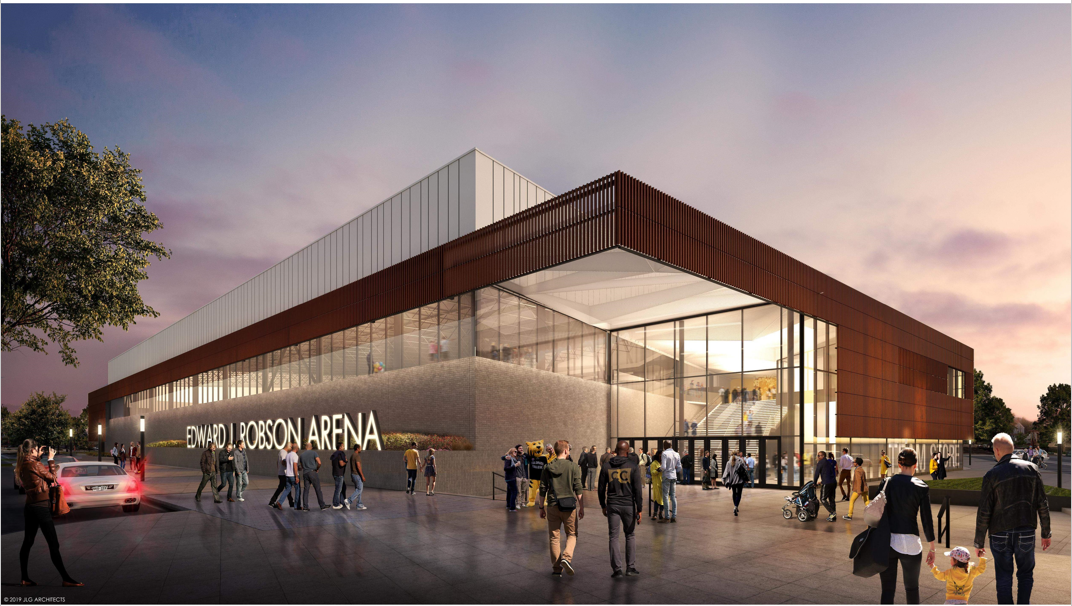 Home rink to the Colorado College Tiger Hockey, is a multi-purpose, state-of-the-art, sustainable sporting event venue that offers the flexibility to accommodate a variety of indoor sports including Olympic-related events, youth sports groups, camps and more. 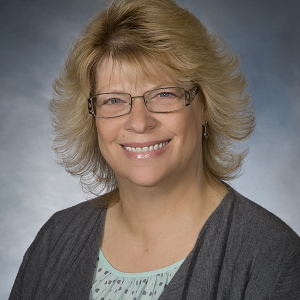 Director of Sports and Special Events