Florida is the Place to be for Big Sporting Events 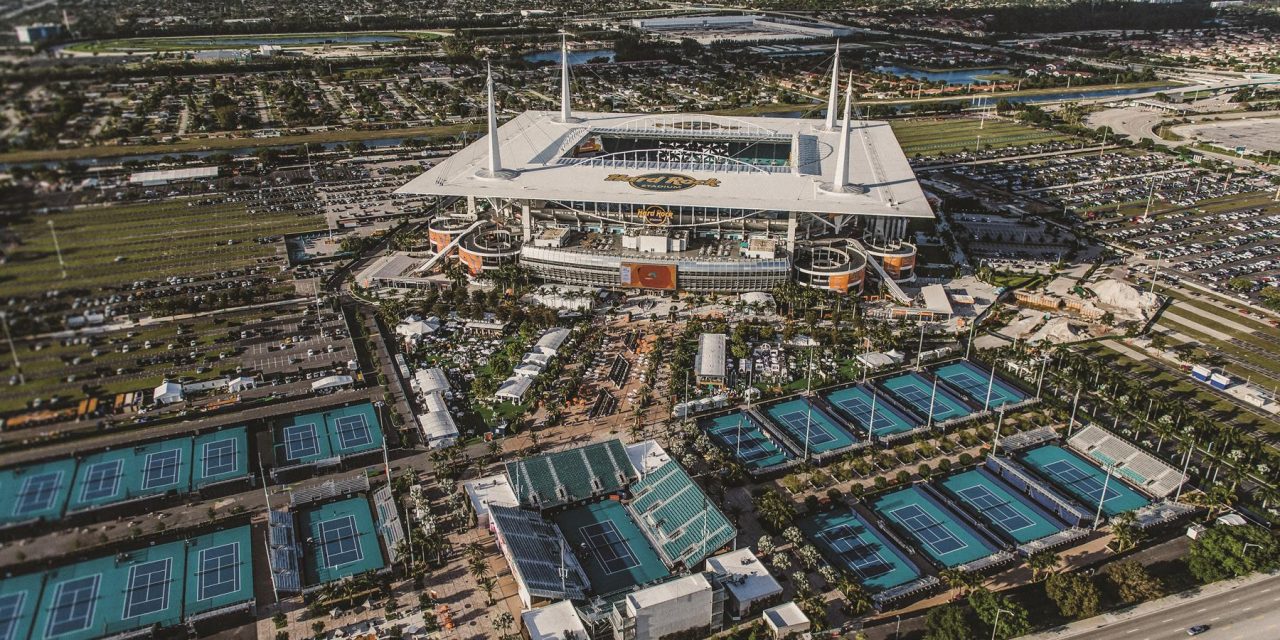 March 11, 2020, will forever be remembered as a flashpoint in American sports history.

On that night, Utah Jazz center Rudy Gobert tested positive for COVID-19, resulting in the postponement of that evening’s basketball game. In the ensuing days, weeks and months, sports leagues were thrown into a state of flux as games and seasons were halted because of the pandemic that swept across the planet. In that timespan, officials were wracked with uncertainty as to when and where their leagues would return to action.

For many sports, the answer to the “where” question was Florida.

MLS IS FIRST TO RETURN

Major professional and college sports did eventually return to action after a nearly four-month hiatus. The first sport to restart in the United States was Major League Soccer, which began its MLS is Back tournament July 8. Citing a need to compete in a safe environment, MLS opted to host the tournament in the quarantined confines of the ESPN Wide World of Sports Complex in the Walt Disney World Resort in Bay Lake, Florida. Opened in 1997, this 220-acre, multipurpose sports complex is home to nine venues and hosts numerous amateur and professional sporting events throughout the year. The complex is also slated to host the 2022 Special Olympics USA Games.

In more traditional times, the ESPN complex is a popular destination for tournaments thanks to its 11 baseball and softball diamonds, 17 outdoor multipurpose fields, more than 700,000 square feet of playing space and more than 15,000 spectator seats. Its close proximity to Disney’s four theme parks is also a major plus for tournament organizers, athletes and their families.

Also taking place at the ESPN Wide World of Sports Complex was the National Basketball Association’s return, which restarted on July 30. The conclusion to the 2020 NBA regular season along with the entirety of the playoffs unfolded at the complex, with 22 teams competing in the NBA “bubble.” That number was whittled down to 16 once the postseason started with the campaign ending with the Los Angeles Lakers battling the Miami Heat for the title.

While the ESPN complex has a wide array of entertainment options, it’s also an appealing destination because of its location. With Orlando, and its many attractions including SeaWorld Orlando, Universal Orlando Resort, Fun Spot America Theme Parks and LEGOLand less than 20 minutes away, athletes and their families are never lacking in entertainment options.

Like the MLS and NBA, the Women’s National Basketball Association restarted its season in Florida, at IMG Academy in Bradenton. The league restarted July 25 and concluded October 6 at the facility that sits on 450 acres and is considered one of the top sports training destinations in the country. IMG Academy offers camp programs on a year-round basis and serves as a training and competition venue for amateur, collegiate and professional teams, adults and families. It is also a host site for a variety of events. 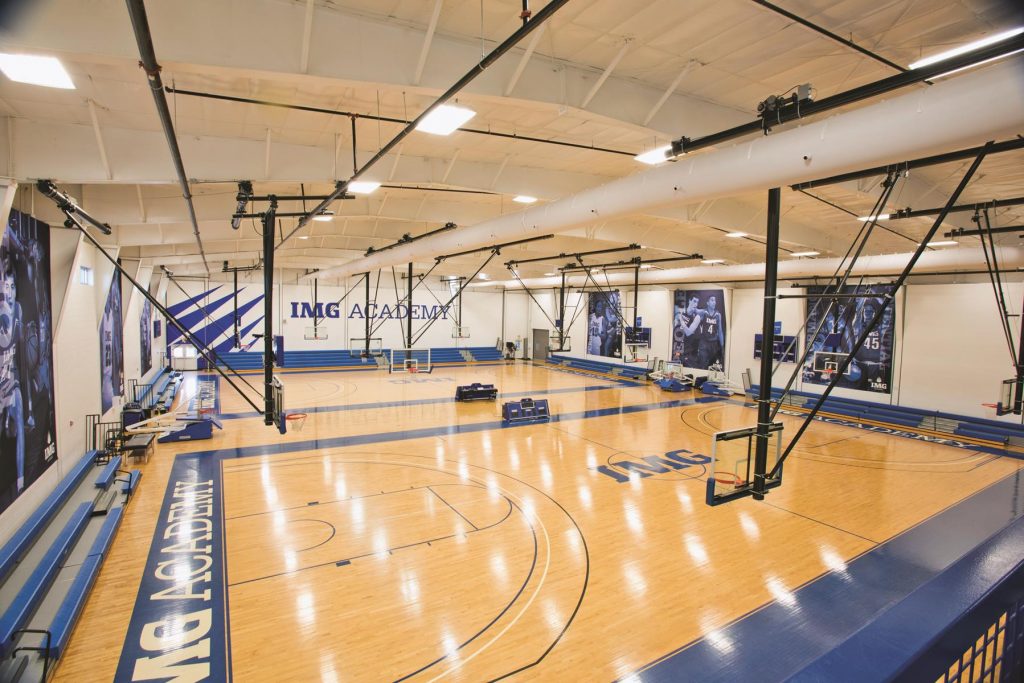 When athletes aren’t honing their craft or competing for a championship at IMG, they can often be found enjoying picturesque Bradenton’s outdoor offerings. Among the most popular destinations and activities are white-sand beaches, kayak fishing and even embarking on a dolphin cruise.

Even before the pandemic wreaked havoc on the sports landscape, numerous sports, including the National Football League and the NCAA, chose Florida as the ideal locale to determine their champions.

The most recent example of this took place in February of 2020 at Hard Rock Stadium in Miami Gardens, when the Kansas City Chiefs upended the San Francisco 49ers in Super Bowl LIV. In 2021, Hard Rock Stadium is also slated to host the 2021 College Football Playoff National Championship. 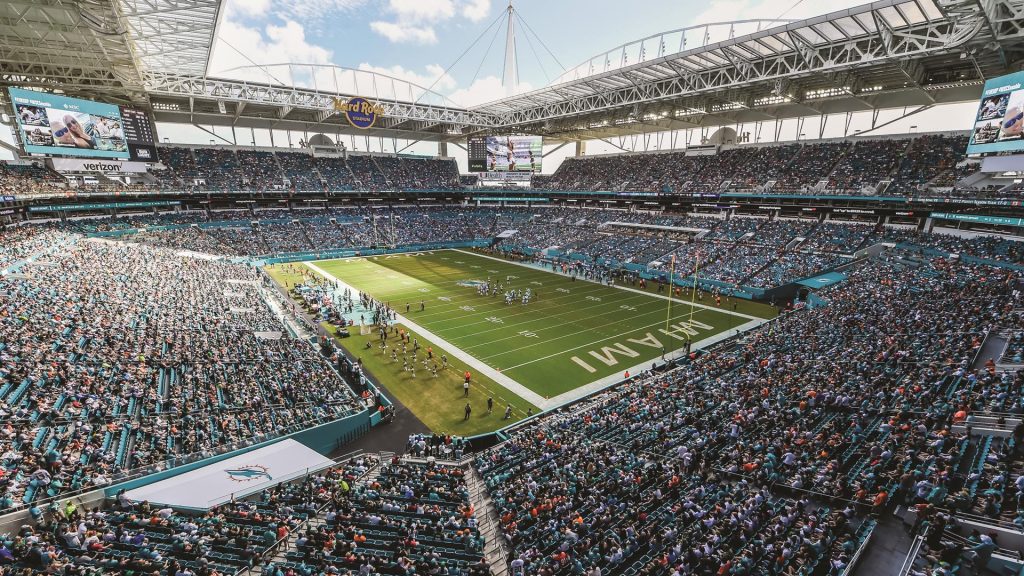 Located in north-central Miami Dade County, Miami Gardens resides a half-hour drive f rom the glamorous hot spot that is South Beach. Renowned for its art deco architecture, outdoor cafes and magnificent beaches, South Beach is one of the most popular destinations in the world.

Not to be outdone, in February of 2021, the NFL’s biggest game returns to Florida as Raymond James Stadium in Tampa will host Super Bowl LV. This will be the second massive game Raymond James has entertained in the past five years, as the stadium held the 2016 NCAA football title game between Clemson and Alabama.

Aside f rom its prowess at hosting major events, Tampa is a world-class destination as it features such popular attractions as Busch Gardens, Tampa Bay, the Florida Aquarium, ZooTampa and the Botanical Gardens. It is also home to the Tampa Museum of Art, the Tampa Bay History Center and the Glazer Children’s Museum.

A PERFECT CLIMATE FOR A HOCKEY GAME

Even a winter sport borne in harsh climates wanted in on Florida’s hospitality. Thus, the National Hockey League’s 2021 All-Star Game is scheduled for January 30 at the BB&T Center in Sunrise. In 2018, Florida also hosted the All-Star Game as Amalie Arena in Tampa presented the event. Located in the heart of South Florida, Sunrise is a city filled with cosmopolitan shopping, dining and recreation destinations. The city is also minutes f rom Fort Lauderdale’s exquisite beaches and less than an hour from Miami and Palm Beach.