Lacrosse is Coming to a Field Near You, But What is it? 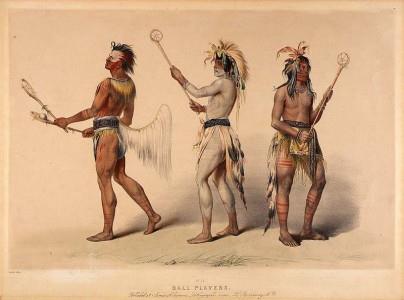 Lacrosse has been around since before the 16th century when European settlers found Native Americans playing it, but in the United States it has just begun to grow in popularity in recent years. This extremely fast-growing sport deserves a deep dive into the history and evolution to define what lacrosse is, as it has the potential to be a great investment for athletic facility owners and tournament planners.

When the Europeans first made contact with Native Americans in the late 1490’s/early 1500’s, lacrosse was one of the first native stickball games that they saw being played. The oldest surviving stick in U.S. possession dates from the early 19th century, and it wasn’t until later that historians got their hands on some ancient rules of the “Cherokee Ball-Play.”

While Native Americans also played other stickball games such as field hockey and shinny, lacrosse stood out because of its use of its netted “scoop” part of the stick.

Observed as an almost exclusively male sport, lacrosse was played mostly in the eastern half of North America, and three variations of the sport seemed to form due to differences in stick handling and equipment used: Great Lakes, Southeastern (which involved two sticks per player) and Iroquoian.

Non-natives started taking up the game around the mid 19th century when a few Canadians in Montreal took interest and started an amateur club league, and eventually traveled to Europe to play exhibition games. Due to the cost of traveling overseas, it wasn’t until the 1980’s when the Iroquois Nationals were formed and Native Americans were able to compete professionally in their own game abroad.

Lacrosse serves more than recreational purposes for Native Americans. Rooted deeply in tradition, the game is also a spiritual experience that involves ceremony and whose end result is believed to be determined by supernatural forces. Banned for being involved with an increase in violence and betting around 1900, the game came back and is still played by the Iroquois and Southeastern tribes in their traditional forms.

Today, lacrosse is one of the world’s fastest growing sports with more than three-quarters of million players in the United States in 2018. In the US, there are a total of 397 men’s lacrosse teams in the NCAA across all three divisions, 33 in the NAIA and 28 junior college teams.

While the history of the sport may have started out as being exclusively male, the growth rate for female lacrosse teams in colleges surpasses that of male teams. There are currently 550 four-year institutions that offer women’s lacrosse and 18 junior colleges with women’s teams.

The objective of the game is similar to that of another fast-growing sport, soccer, to which players work to get the ball into the goal. There is also one other important similarity that high schools have been taking advantage of. The regulation field size for lacrosse is 110 yards long by 60 yards wide, and the regulation size for a soccer field is 100 yards by 60 yards.

Since lacrosse only requires an additional 10 yards, the majority of high schools with soccer fields are able to use them for both sports. In high school, football fields are typically used for all three sports since their dimensions are 120 yards long by 53 and 1/3 yards wide, and it wouldn’t be cost-effective to create new fields.

Many community recreation facilities are also utilizing this concept. Mitchel Athletic Complex in Uniondale, New York was built even before the new millennium as a multi-sports stadium that is meant to house soccer, lacrosse and football games, with a nine-lane track encircling it that can also host track and field events. In a Newsday article, Duke University lacrosse coach John Danowski told reporters that Mitchel’s lacrosse field is the “best public venue around.”

The main additional cost to hosting lacrosse as well as soccer on a multi-sport field is the wear and tear of increased usage. Many facility owners and operators have found that offering their fields to youth leagues along with high school and/or college leagues decreases the wear and tear since younger players tend to play less aggressively. Therefore, spreading out the usage among a variety of levels of play decreases the chance that hosting lacrosse along with soccer will increase maintenance costs.

Lacrosse is the country’s hottest sport right now, and the trend in increasing numbers of high school and NCAA teams doesn’t look like it will be changing anytime soon. Now is the ideal time for sports complexes that currently house soccer and/or football fields to consider expanding or painting new lines on existing space so it can be used for lacrosse games.

The head of the stick consists of a netted scoop, sidewall and pocket used for picking the ball up off the ground, catching it in the air and passing.

The ball weighs around 5 ounces, has about an 8 inch circumference and is made entirely of rubber.