North Carolina is a Leader in ESports Competitions 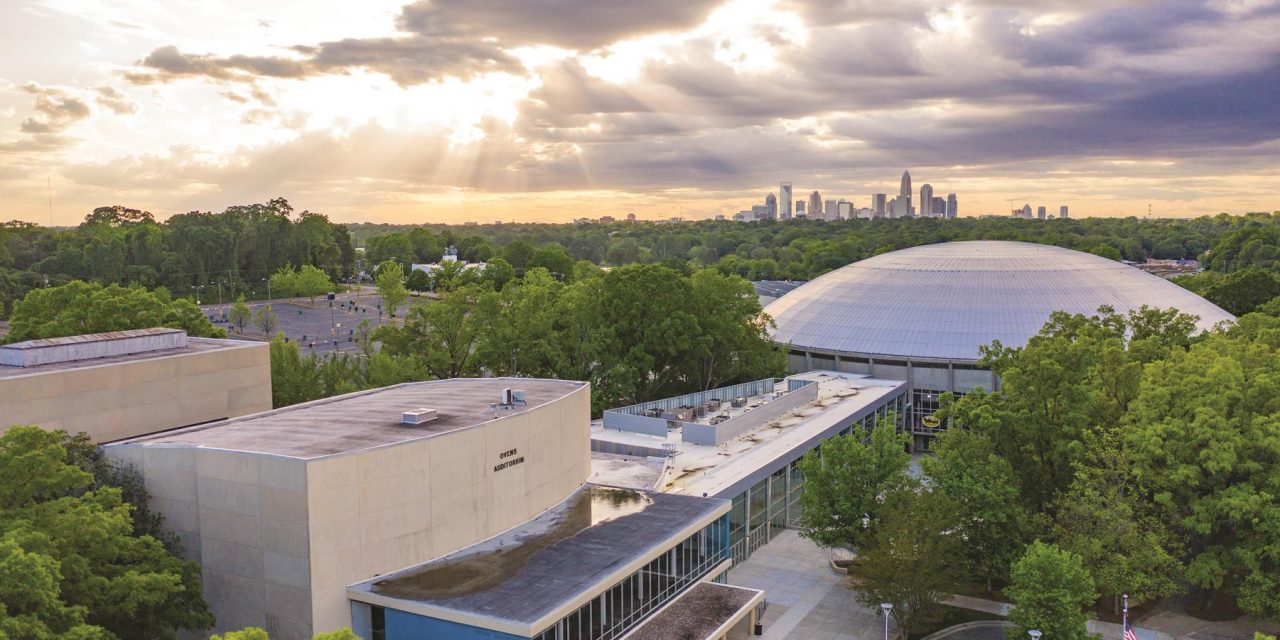 With the Covid-19 pandemic forcing society to alter its traditional ways of operating, SportsNC members are getting creative with their venues.

From dodgeball on an ice rink to disc golf in minor league baseball parks, North Carolina’s venues are being utilized like never before.

One nontraditional sport the Tar Heel State is embracing is esports, as more than a dozen North Carolina universities, colleges and communities now feature esports clubs. Along those lines, multiple North Carolina venues that were built for more classic sporting events have opened for esports tournament competition in recent years.

Here are some of those:

Last held in 2019, the Raleigh Major Six Tournament took place at the Raleigh Convention Center. The largest Rainbow Six esports event, this tournament gathered 16 of the best Rainbow Six teams from around the world to compete for a prize pool of $500,000. The event was so popular, VIP and general admission tickets for the six-day competition were sold out.

The tournament, which is comprised of competitors playing Tom Clancy’s Rainbow Six Siege, a game featuring an online community of more than 40 million registered players, was the direct result of Raleigh’s strategic effort to put the city on the map as a premier global esports destination. With more than a dozen developers and programmers in the region, nationally recognized video game design programs at North Carolina State and Wake Tech, the gaming industry in Raleigh is thriving.

The Raleigh Convention Center, located in the heart of downtown Raleigh, is home to more than 500,000 square feet of space including 20 versatile meeting rooms, a grand 32,000-square-foot ballroom, a mezzanine and a sweeping 150,000-square-foot exhibit hall. Another Raleigh arena that may host esports events is the 19,700-seat PNC Arena in west Raleigh. Home to the NHL’s Carolina Hurricanes and the North Carolina State men’s basketball team, PNC Arena hosts an impressive array of major sports, concert tours and events every year.

Durham hosted the inaugural DBAP Gaming Challenge at Durham Bulls Athletic Park. The home to the Durham Bulls Triple-A minor league baseball team, the park seats 10,000 and is considered one of the finest parks in minor league baseball. Opened in 1995, the $18.5 million ballpark features a number of unique elements, including a left field fence dubbed the Blue Monster, which is reminiscent of Fenway Park’s Green Monster in Boston.

The park also has the distinction of being the first minor league baseball facility to host an esports tournament. The DBAP Gaming Challenge unfolded over three days and was fueled by a community of sponsors. The challenge brought together gamers of all ages as they competed for cash and bragging rights while playing games like Call of Duty: Infinite Warfare, Rocket League and Super Smash Bros. The event also featured a myriad of exhibitors and live music.

Located on the campus of North Carolina State University, James T. Valvano Arena at William Neal Reynolds Coliseum is one of the most historic arenas in the country for college athletics. It recently completed a $35 million renovation and is primed to host esports competitions.

TEC directly benefits local communities as all proceeds from the events help fund digital inclusion and literacy efforts in North Carolina offered by local nonprofits Kramden Institute and the Triangle Literacy Council. By partnering together, TLC and Kramden have helped thousands across the area become digitally literate, employable and equipped with technology tools.

The 2020 edition of the tourney took place at the Herbert C. Young Community Center in Cary. This venue contains several areas for recreation programs, special events and meeting rooms. The center houses a double gymnasium on the lower level for athletic programs and the large, flat space can be used for special events, performances and meetings. The upper level features two meeting rooms with an adjacent kitchen for catering.

This hybrid festival of industry speakers, video game tournaments, product promotions, exhibition booths and educational sessions was held in January of 2020 at the Maxwell Center in Goldsboro.

The popular event enables fans to experience the latest games before they are released while also letting them compete against gamers from across the country. Patrons enjoy their favorite platforms including arcade, computer, console, mobile and VR games with both tournament and free play options available.

The Maxwell Center opened in 2018 and in its first year, more than 50,000 guests attended more than 200 events. The center consists of two sprawling wings totaling 66,000 square feet. Its quality rental areas include a 14,500-squarefoot ballroom, multiple smaller size rooms, pre-function and post-event space in lobbies and halls and a 9,500-square-foot outdoor courtyard.

With Charlotte angling to be the next major hub for professional esports, and with the city being home to facilities like Bojangles Coliseum (an 8,600-seat multipurpose arena) and the Spectrum Center (an NBA arena that seats more than 19,000 and can be expanded to more than 20,000), Charlotte esports is poised to take advantage of the growing esports market.

One of the teams in the Charlotte esports family, the Charlotte Phoenix, are a professional esports organization that was founded in 2019. The Phoenix have competed in several video game and pro leagues including Call of Duty, League of Legends and Rocket League.

While much of the sports world has struggled to adapt to Covid-19, the social distancing involved with esports has helped it thrive amid the pandemic. One such example of this is the Greensboro Parks and Recreation hosted an esports tournament in June 2020. The NBA2K Tournament for PlayStation and Xbox was the department’s first esports tournament. Residents played at home on their personal gaming consoles and the tourney involved separate competitions for ages 7-11, 12-15 and 16 and older. “It’s a current trend in parks and recreation,” said Quentin Jones, Warnersville Recreation Center supervisor and tournament planner. “We are happy to bring it here to Greensboro. We hope this will be the first of many more. We hope we can work it out where we could do a league with the recreation centers.”