Seven Bowling Alleys at the Top of Their Game 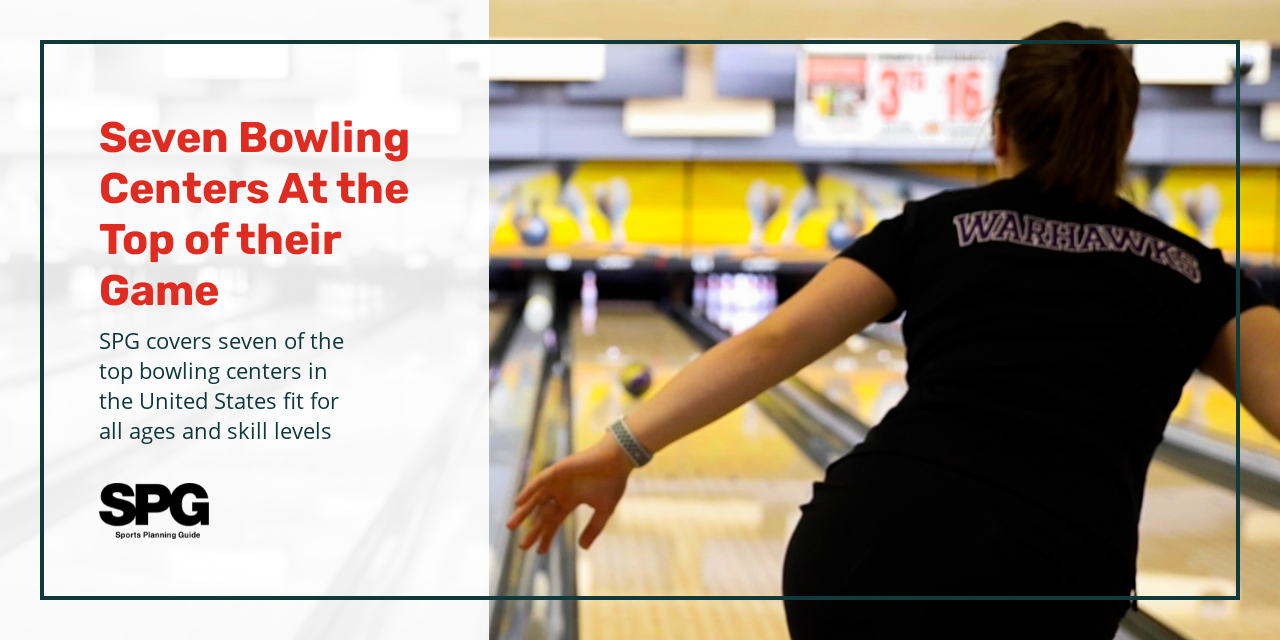 Bowling is one of the premier target sports in the United States with thousands of centers located throughout the nation. Considering these options, SPG has compiled a list of seven of the top bowling centers at the top of their game—each capable of not only hosting premier professional events but also being dedicated to hosting and promoting youth and adult leagues and tournaments. These bowling centers have been carefully selected to provide not only quality but also coverage for all regions. 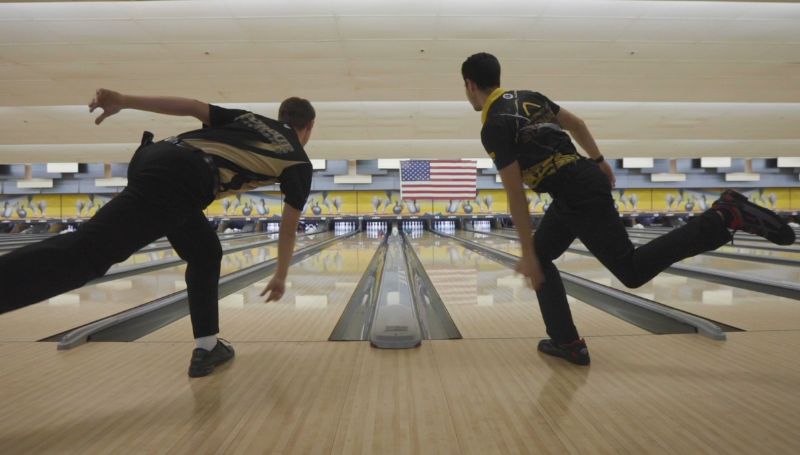 Stardust Bowl is not only the largest bowling center in Illinois, it’s one of the largest in the nation and has been a staple of Addison and DuPage County for over 50 years. Featuring a state-of-the-art sound and lighting system, the center also recently renovated its 84 lanes for a superior all-round bowling experience, and prides itself on being a stalwart for adult and youth bowling leagues around the Chicago area.

For even more entertainment, Stardust Bowl also has four lounges, a restaurant, video gaming and hosts a number of other events including live music and parties.

Getting to Stardust Bowl is easy no matter where you’re coming from, since it’s conveniently located near I-290 which connects to three other major routes. For out-of-state travelers, O’Hare International Airport is approximately 20 minutes away.

Located just outside of Detroit, Thunderbowl Lanes is the largest bowling center in the United States. Opened in 1962, the center features a total of 90 lanes along with The Arena, a unique three-room complex with 20 lanes for youth and adult leagues as well as Professional Bowling Association (PBA) Tour events. The Arena also features a lounge and loft for meeting spaces. The loft in particular is a private entry room with a bar, sound system, lighting, dance floor and stage for sports and other events.

Thunderbowl Lanes has a history of hosting PBA Tour championships, making it a premier center for bowling’s elite. The 2018 PBA Tour Finals took place here with a win by “Belmo” Jason Belmonte, one of the most successful PBA Tour pros. There are plenty of top-notch local leagues on the cards, including the Detroit All Star Classic in the Fall and Downriver Youth Doubles starting May 3.

Allen Park is a short drive southwest of Detroit. Thunderbowl Lanes is conveniently located just off of I-94 for local and long-distance drivers. The nearest airport for out-of-state travelers is Detroit Metropolitan Wayne County, just under 10 miles away also along I-94. 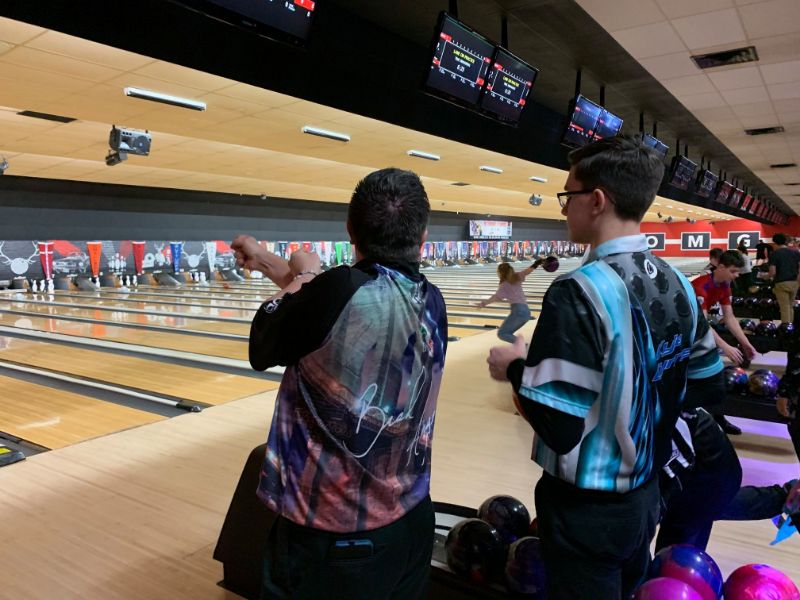 AMF Riviera Lanes brings competitive bowling to the Greater Akron area in Summit County, Ohio. Featuring 40 premier lanes and a unique classic touch, this center has a strong commitment to bowling leagues and tournaments for all ages and skill levels. In addition to the bowling experience, there’s plenty of entertainment to go around with an on-site arcade and local dining—their convenient location along Market Street providing plenty of options.

Historically, AMF Riviera Lanes has been a holy grail of sorts for the PBA Tournament of Champions, having originally hosted it from 1966 until 1994, and returning again in 2018. Of course, youth and adult leagues and tournaments thrive at this center as well and are easy to not only sign up for any existing but also to set up new ones.

Located northwest of the City of Akron, AMF Riviera Lanes is easy to reach via Market Street, or I-77 for those driving in from further away. Out-of-state visitors to this historic bowling center can fly in through Akron Fulton Airport, which is a short 15-minute drive. 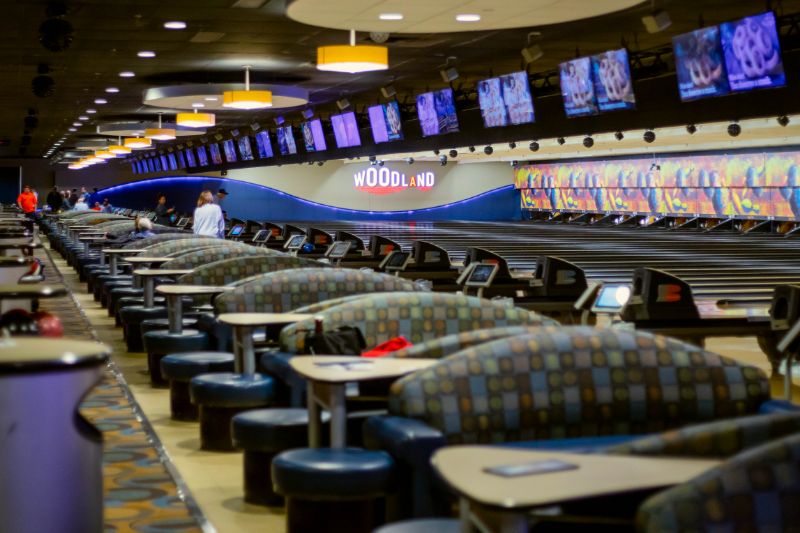 Located in Indianapolis, Royal Pin Woodland is a highlight for all-round entertainment and world-class bowling. Featuring 70 high-quality lanes and an excellent lighting and sound system, the center has the space for large tournaments and events, as well as one of the most exciting cosmic bowling experiences in the nation.

Royal Pin Woodland is dedicated to tournament and league play, with events for all ages being hosted throughout the year such as the Indiana State Youth Tournament. Qualification for the BVL Tournament wraps up mid April, with the event itself taking place on April 30. Woodland is also no stranger to USBC championships and other major bowling events, including the 2022 Guaranteed Rate PBA Tour, which took place back on February 6.

Just north of I-465 in the northeastern pocket of Indy, Woodland is easily accessible by car and close to hotels, restaurants and shopping centers. I-465’s connection to several other routes in all directions makes it easy to travel the area. The nearest airport is Indianapolis International, approximately a half hour away. 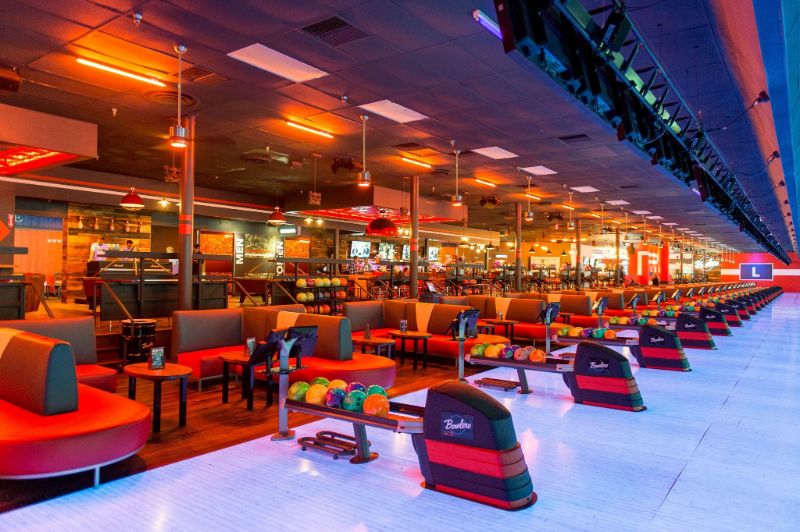 Bowlero North Brunswick is not only a fantastic spot for competitive bowling, its 1950s American touch to its interior design makes for a fun all-round experience for everyone. This bowling center features 82 premier lanes, superb cosmic bowling and plenty of leagues and social clubs. The sports bar, lounge and additional private rooms make for great get togethers for all types of events. The arcade and laser tag will keep the fun going long after the games draw to a close.

The mid-2010s renovated Bowlero North Brunswick has been a staple for the PBA Tour, having hosted many championship events over the decades including the finale of the 2020 Playoffs. Upcoming events at the center include adult, youth and mixed leagues. North Brunswick will also host the Underground Bowling Association (UBA) playoffs, which take place on July 17.

If you’re traveling to Bowlero North Brunswick by car, I-95 is the nearest major highway, but the center is located at the merger of Routes 1 and 130. For those traveling from afar, the nearest major airport is a 30- to 35-minute drive north to Newark Liberty International.

Orlando’s 80-lane Boardwalk Bowl is more than just about bowling, it’s a true entertainment center. Youth and adult bowling take center stage here with dozens of leagues and tournaments. Located along Colonial Drive in the Union Park area, the Playground Magazine 2021 Family Favorite Award Winner has something for everyone with an arcade and multiple private and public event options at its restaurant and bar.

Boardwalk Bowl has a history of major bowling events as well, having hosted PBA and PWBA nationals and regionals, USBC local and state championships and FHSAA high school events. The JJ Garrett Open City and Women’s Annual Championship tournaments are particularly strong competitions. Youth events meanwhile are spread throughout the year with registration easy to find and create.

The easiest way to get to Boardwalk Bowl is via Colonial Drive (Route 50). For those driving from further out, the best option is to drive to Orlando via I-4 and then drive east along Colonial. The nearest airport for those out of state is Orlando International, which is 20 minutes south. 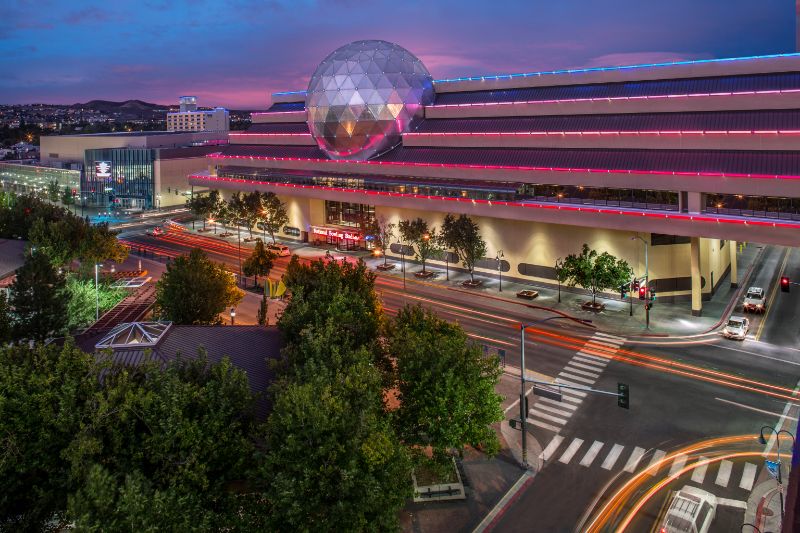 Nicknamed the “Taj Mahal of Tenpins,” the National Bowling Stadium (NBS) is a true pin palace as it was the first of its kind to be solely dedicated to the sport of bowling. Located in Reno Tahoe and opened in 1995, the stadium features 78 state-of-the-art lanes, including a Kingpin Club by Brunswick private section with ten lanes, a full bar and more.

In addition to dining options and other entertainment and event options and configuration possibilities, NBS also hosts an extension of the International Bowling Museum and Hall of Fame.

The exterior of NBS is easily recognizable, featuring a unique aluminum geodesic dome which resembles a massive bowling ball. NBS is a favorite for hosting USBC events; currently being the record holder for most championships hosted. For its 119th edition, the 2023 USBC Open Championships will take place March 11 through July 16. The stadium is also a favorite for films, being the on-site location for the 1996 sports comedy Kingpin.

NBS’s location in the heart of downtown Reno makes for easy access—not only to the stadium but also to hotels, restaurants, shopping and more. To get there by car, I-80 is your best option. For those traveling from afar, Reno-Tahoe International Airport is only 10 to 15 minutes away.