The Academics, Economics and Endemics of Esports 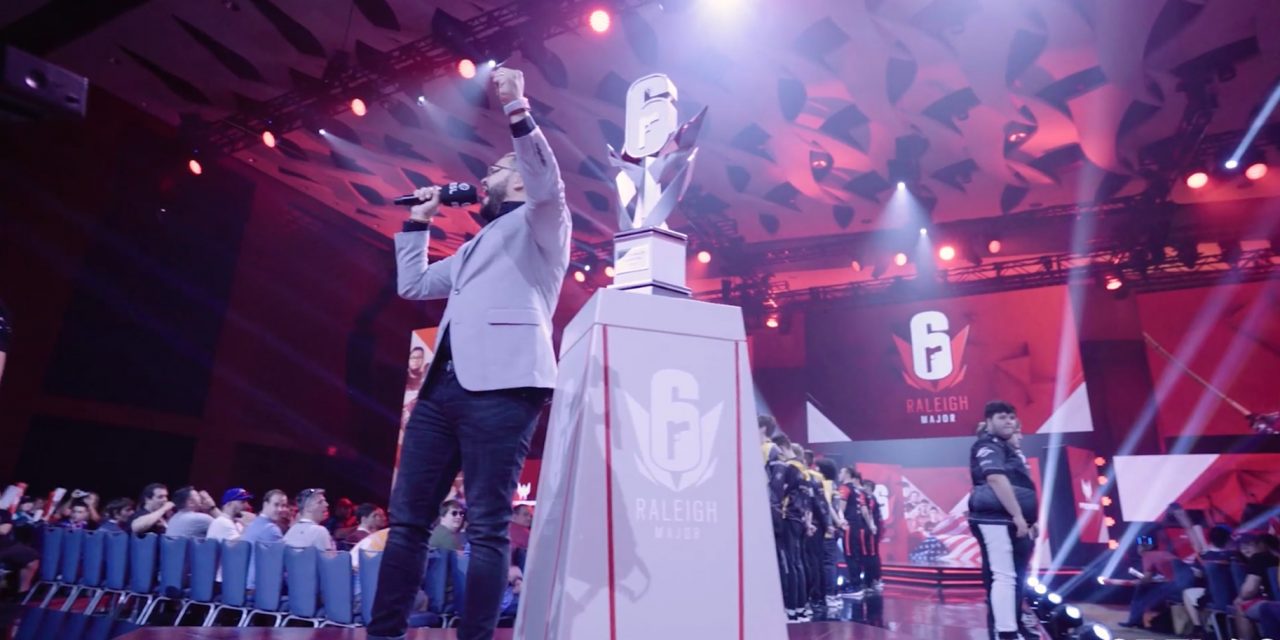 When Visit Raleigh began pondering what a decade-spanning tourism strategic plan might look back in 2016-17, Loren Gold and his team received a call from esports industry veteran and Raleigh resident Ed Tomasi, who at the time was with ESL Gaming. 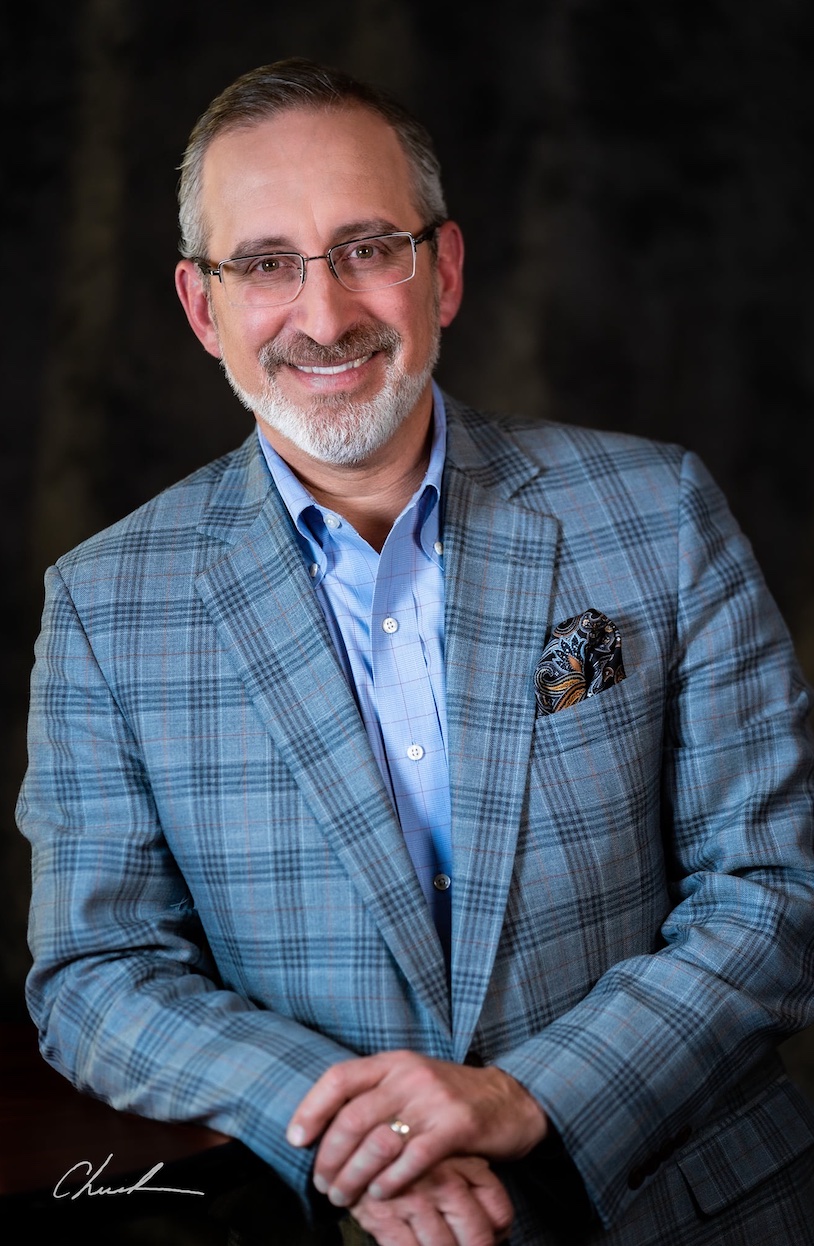 “We ask our salespeople to do that all the time—to find local community connectors, people that will just advocate and tell the Raleigh story and that’s what Ed does,” says Gold, executive vice president at Visit Raleigh. “We just stayed in touch, so when the opportunity came to take on full engagement that’s when Ed came in.”

The Raleigh plan was built on eight pillars, one of which included a thriving sports tourism industry—and within that column lied esports.

“Within that sports pillar is a subpriority with a heavy emphasis on esports really from a forward leaning visitation events strategy,” Gold says. “But as we started to unpack it and dig deeper, we also saw opportunities for academic engagement, economic development engagement, and amplification of Raleigh as a global leader in esports and gaming.”

Esports has since grown alongside sports tourism, driving some destinations to build dedicated esports venues with all the bells and whistles. The segment is projected to reach 474 million worldwide viewers and $1.08 billion in revenue generated in 2021 (Source: Newzoo).

While the region can certainly attest to these figures as its impressive competitive gaming event resume demonstrates, it’s long been about the community’s research and tech ecosystem that more appropriately valuates and substantiates esports in Greater Raleigh.

“It’s all a result of RTP, the birth of Research Triangle Park, where you’ve got tech-centric visionaries who invested into developing something that was unique and inspiring so many decades ago. From that, you’ve got an area that is a magnet for a technical developer, innovator and entrepreneur who are either working at these companies or opening these companies,” says Tomasi, now co-chair of the Greater Raleigh Esports Local Organizing Committee (GRELOC) and a co-founder of Subnation Media. “And with that came folks who were drawn to this area because of that, and of course the quality of life and quality of place that we always talk about in Greater Raleigh. All of that combined is sort of this incubator 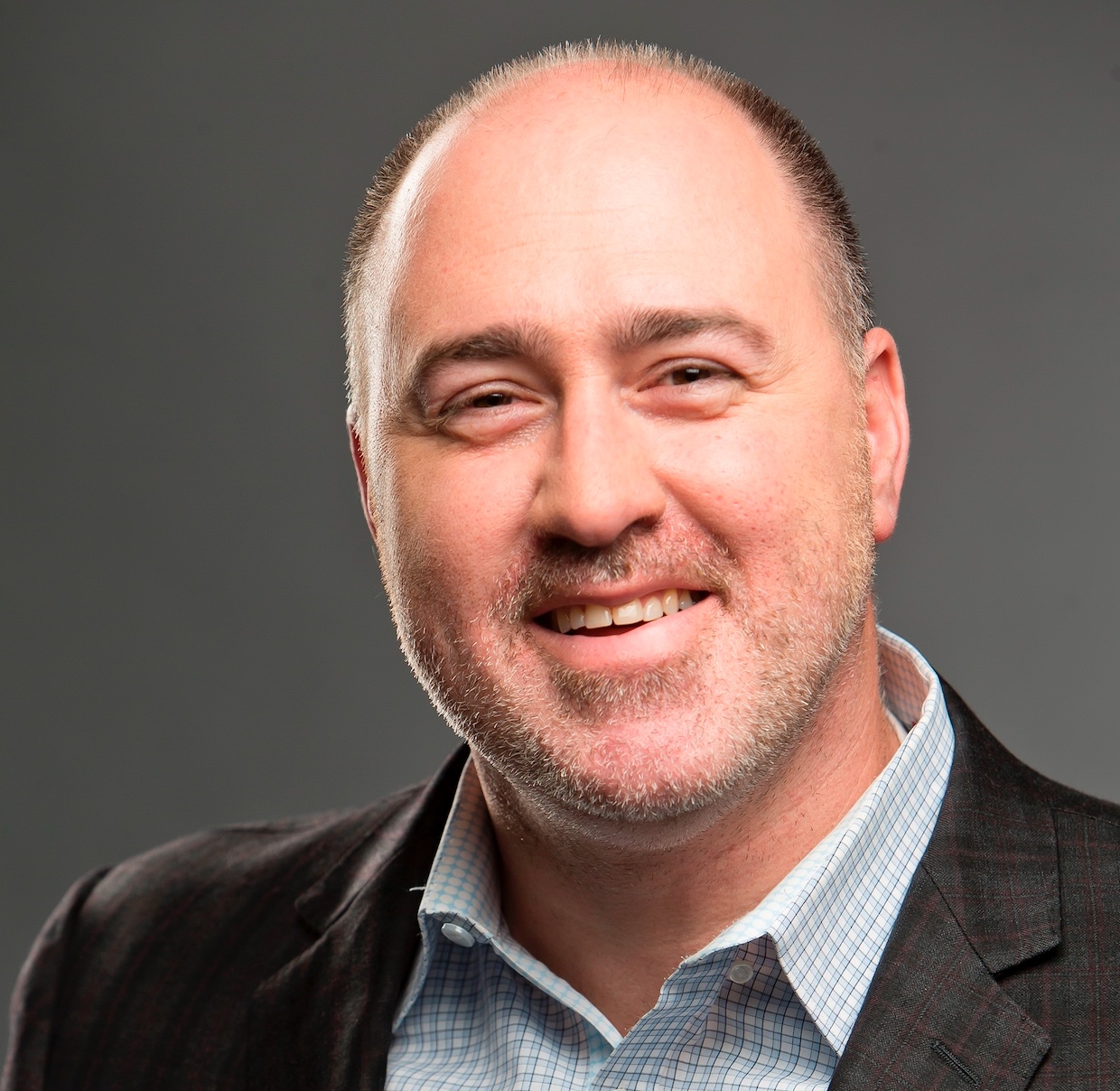 and out of that came the attractiveness of our market for game developers to have a live/work balance.”

Inspired by economic despair in the 1950s, the foundation for Research Triangle Park (RTP) was set in place in the 1960s and has since evolved to include innovators from the entire Raleigh, Durham and Chapel Hill region as part of North America’s largest present-day research park. RTP’s programmatic footprint includes work from renowned academic institutions including Duke University, University of North Carolina and North Carolina State University—the latter of which launched an agricultural statistics project in 1966 before it morphed into a multi-billion-dollar software leader and Cary, NC-based SAS Institute.

It’s that business climate that drew Tomasi, a New Jersey native, to lay down his roots in the neighboring town of Apex. And with Tomasi’s move also came hard-to-match industry experience that has included his past role as vice president at ESL Gaming and current role as co-founder and chief managing director of Subnation, a media holding company that, among other areas of expertise, is an advisor to municipalities looking to inject additional revenue into their communities via the gaming and esports industries.

“What we’ve been trying to do in differentiating Raleigh is to really connect the wire frame, articulate the ecosystem versus saying let’s go build a venue and jump on the mega esports event train,” Gold says. “We’re simply harboring the creative class, the highly educated population, people that are passionate even if they’re just recreational gamers. We’ve spoken to many companies that are nonendemic to the space that have internal esports teams within their corporations because it’s the demo that these companies are driving into our market. It’s a combination of many things that makes this really interesting wire ecosystem that exists and continues to grow.”

While live events took a break for much of the pandemic, esports continued to thrive in Raleigh and globally thanks to its accessible and collaborative nature. On the heels of The Six Major Raleigh event in late 2019—which yielded $1.45 million in economic impact, 1,000+ job inquiries, 2,600 attendees, a 70% out-of-town visitation rate, broadcasts in more than 15 languages, 16+ million livestream views, and six million total hours watched—Visit Raleigh had been planning for a stronger 2020 before travel and gathering restrictions became a new reality in March 2020. 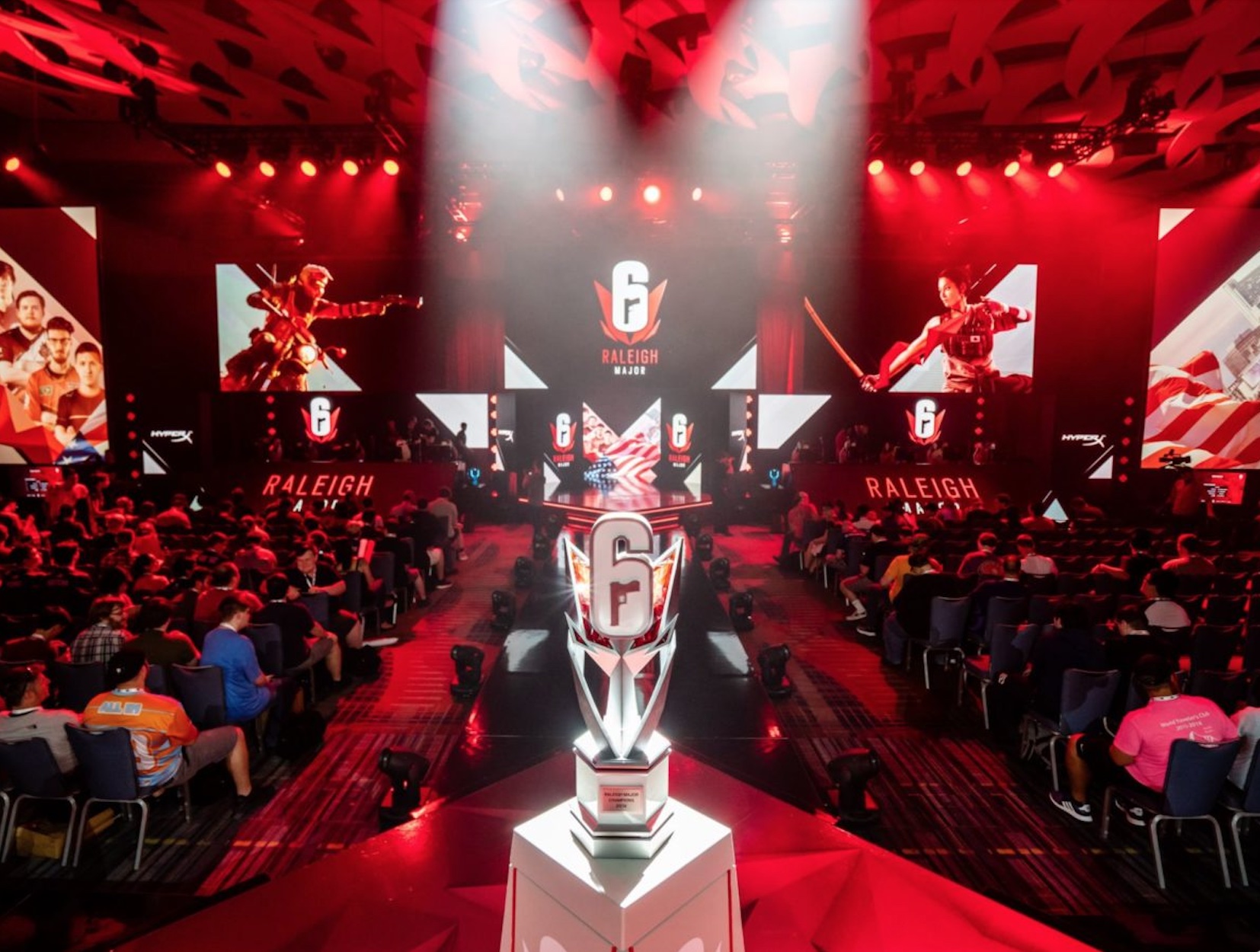 Tech kept people connected, something that the gaming and esports industry understood all along. And in an open source community—in the figurative and literal sense for The Triangle—Raleigh remained steadfast in its approach and even had success hosting a quarantined, in-person PUBG Mobile Pro League event in June 2020.

“Our proactiveness has been part of our success. During that June event, we were able to bring this group of players to an area where they were self-quarantined,” Tomasi says. “They were playing in a room by themselves against other players against Brazilian, South American or European players. We had the technical know-how and did a lot of prequalifying technical tests with the publisher and event organizer, and that builds trust. Even from a health and wellness perspective, we’ve been proactive. During the event, we launched the Health Concierge Program where you have a dedicated medical practice on call. We brought in the doctor, brought in his medical group, went through the wellness protocols and even provided a 24/7 support call-in number.

Once Tomasi and Subnation’s advisory team joined forces with Visit Raleigh, he quickly minimized any learning curve lag by focusing even on the littlest of details that mean so much—from incorporating GG (as in “good game”) into Greater Raleigh’s domain and email account to making sure there is no hyphen in esports. Tomasi was introduced to the sport during a stint at Samsung in 2001, when he had the opportunity to work alongside a start-up division that was intent on bringing the internet gaming café concept from South Korea to the United States.

“That’s where I bootstrapped esports and within that it was more a passion about me coming from an athletic background, recognizing early that this was going to be the next form of sport, the next form of entertainment,” Tomasi recalls. “It’s been very rewarding not only for me, but literally the world that has been opened up with relationships with industry colleagues from around the world.”

Gold’s relationships in his backyard and Tomasi’s global vision for the sport are now helping to shape what may be next in Greater Raleigh, the state of North Carolina and even beyond. Gold and Tomasi partnered with state representative Jason Saine (R-Lincoln) recently to help draft House Bill 945, Esports Incentive Program, a proposal that would: allow for a 25 percent refundable tax credit for esports productions that cost at least $250,000; earmark $5 million for the construction of an Esports Training and Education Center at NC State University; and reserve up to $2.5 million for a mobile education and training unit to help expand esports around the state.

“Because of my experience in the industry of knowing that there were film productions that were getting these tax rebates or tax incentives, it begged the question of ‘how come esports productions don’t qualify?’”, Tomasi says. “We started looking into it and identified that it had to do with the language of how bills were written. If gaming and esports has this great future—I don’t need to defend that statement, you can read the reports from Newzoo, McKinsey and others—how do we develop a bill that’s a first of its kind that does qualify for esports productions?”

Gold likens the effort to what the Wilmington, NC-based Screen Gems studio contended back in the mid-1980s that ‘not all filming has to be done on the west coast.’ Thankfully, Rep. Staine, a parent of a gamer and together attended a Fortnite Championship in New York, understood almost immediately.

“We weren’t really sure going in, and all of the sudden it just clicked,” Gold says. “The three channels that we work on in this space from the ecosystem, this (House Bill 945) really resonates to that economic development channel. By having this potential production incentive that’s going to drive developers to see North Carolina and Raleigh as the center of the universe within North Carolina and the gaming space. They’re going to say these guys get it. We’re also pumping a pipeline through job creation, academics, economic development and events—those channels all align very well together.”

The less transactional and more holistic approach to esports is what Tomasi summarizes as Raleigh’s secret sauce and earned trust in the space. As HB 945 is still traversing through the halls of the North Carolina General Assembly, it has received strong bipartisan support and may just be a part of the next iteration of North Carolina and tech companies.

“There already is a technology presence there, a job presence there, academic institutions that support those private entities like NC State University, very much a STEM/STEAM school. Then you’ve got UNC Chapel Hill and Duke, that’s the Triangle,” Gold says. “When you look at it from that perspective, when you start to factor in the endemic and nonendemic companies that like to play in the space—the highly educated younger demographic as we skew younger in the Raleigh Durham Triangle region—there is a lot of passionate gamers, and subsequently there’s a lot of companies and people that support esports.”