The Best Fishing and Boating Can Be Found in Florida 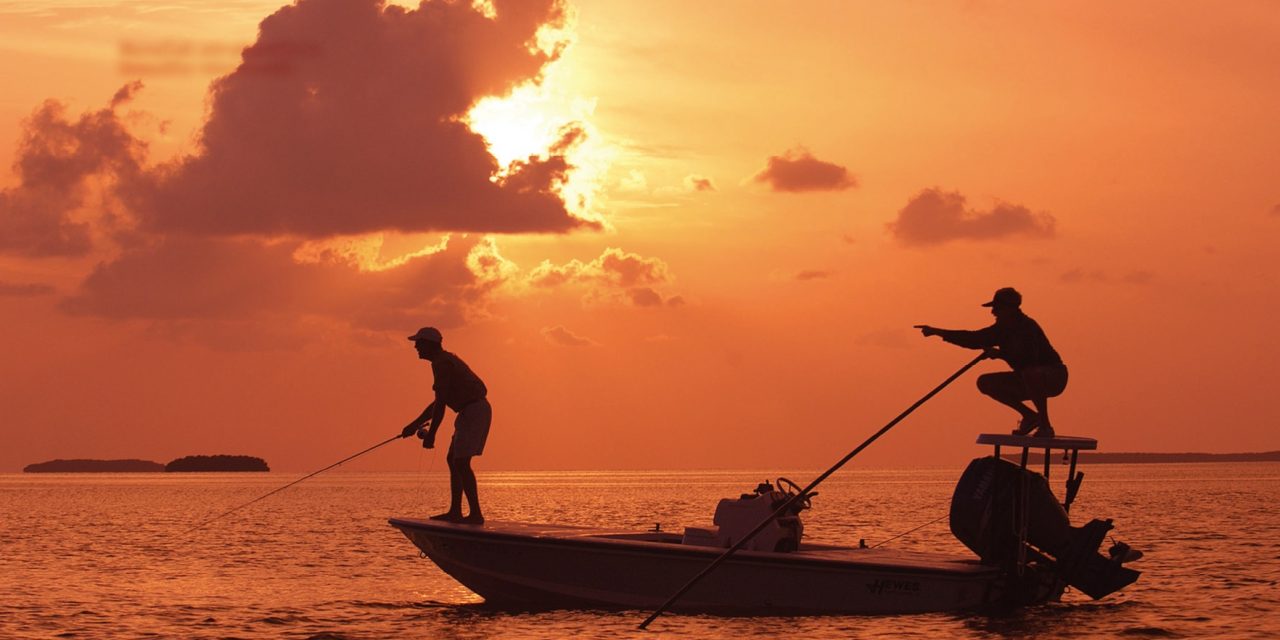 An abundance of lakes, rivers and, of course, the ocean makes the Sunshine State a perfect place to get active on the water

With more than 7,700 lakes, 10,550 miles of rivers and 2,276 miles of shoreline, Florida’s fishing options are second-to-none. Thus, it’s no surprise the Sunshine State is often called the Fishing Capital of the World. Florida’s 1,350 miles of saltwater coastline features diverse fish habitats enabling anglers to catch hundreds of beautiful species in picturesque locals. In fact, more world-record fish are caught in Florida waters than anywhere else in the world.

Not to be outdone, Florida is also known as the Boating Capital of the World as it possesses more registered boats than any U.S. state. With so many excellent aquatic destinations across the state, Florida is the perfect place to grab your fishing gear, hop in a boat and enjoy a day on the water.

Destin has earned the nickname The World’s Luckiest Fishing Village because it is home to some of the best saltwater fishing in the United States. Destin’s close proximity to the Gulf of Mexico allows quick access to the gulf’s incredible fishing opportunities. Anglers reap the benefits of generous amounts of fish that reside in the area including snapper, grouper, amberjack, triggerfish, sharks, Mahi Mahi, tarpon, billfish and tuna. Destin is also home to the annual Destin Fishing Rodeo, which began in 1948 and is the ultimate fishing tournament for saltwater anglers of all ages. More than 30,000 people compete for prizes in the annual rodeo.

The Florida Keys, and in particular, Key West, are some of the most popular boating destinations in Florida. Stretching from Biscayne National Park in the north more than 125 miles to Key West in the southwest, the Keys attract boaters of all ages.

Some famed boating locations in the Keys include John Pennekamp Coral Reef State Park in Key Largo (which encompasses approximately 70 nautical square miles), the Seven Mile Bridge near Lower Duck Key (the longest bridge in the Keys) and Key West Bight Marina, a historic seaport which has plenty of slip-space and easy accessibility to world-class amenities.

Greater Fort Lauderdale has been labeled the Venice of America because it is home to more than 300 miles of inland waterways. It has also been dubbed the Yachting Capital of the World thanks to its more than 40,000 yachts that dock in the area.

This ideal boating combination makes it the perfect place to host the annual Fort Lauderdale International Boat Show, the world’s largest in-water event showcasing many of the most spectacular boats on the market.

Located on the Gulf of Mexico in southwest Florida, the Fort Myers/Sanibel area offers a variety of inshore and offshore fishing opportunities. From shorelines to deep sea casting, Lee County is considered one of the best areas in the state for saltwater fly fishing and light tackle fishing. With many world-record fish having been caught in these waters, the area has been called a fisherman’s paradise. Inshore fishing supplies excellent yearround chances to catch snook, redfish, spotted seatrout, mangrove snapper and a myriad of other species.

The gateway to the St. Johns River, Jacksonville features excellent marinas, hotels and five-star restaurants. This Atlantic Coast city is popular with the boating community thanks to its ample dockage downtown which includes the Metropolitan Park Marina. Jacksonville is also a world-class fishing town as it hosts one of the largest kingfish tournaments in Florida.

As its name suggests, Lake County, just 35 minutes outside of Orlando, is known for being home to more than 1,000 freshwater lakes with serene hiking trails and nature reserves. Anglers love Lake County because there are a variety of fish to target, but most fishermen (and women) love its excellent array of Largemouth Bass.

Sometimes referred to as Florida’s inland sea, Lake Okeechobee, in southern Florida, is the second-largest freshwater lake entirely within U.S. boundaries. Waterways on either side run into the lake, making it part of a 152-mile boating passageway through the middle of the state known as the Okeechobee Waterway.

This picturesque lake is perfect for boat charters and offers some of the state’s best shoreline fishing. And with 730 square miles of trophy-winning saltwater Bass fishing, Lake Okeechobee is a perfect destination to reel in some of the biggest Bass in Florida.

Scheduled for Presidents Day weekend, this massive show will take place at the newly renovated Miami Beach Convention Center as well as Miami Beach’s Pride Park, which will host experiences for show visitors. Miami is also home to the annual Columbus Day Regatta, which is held in Biscayne Bay. Coconut Grove, which hugs the bay, features the largest marina in Miami with more than 1,000 boats.

The nation’s oldest city is also the nation’s first seaport and is a fishing paradise. Located directly on the intracoastal waterway, this historic town offers a wide range of angling opportunities. Anglers report catching large amounts of redfish in these waters, along with trout, flounder, snapper and even tarpon.

Tampa contains the state’s largest estuary and is renowned for having some of the best boating in Florida. Its fishing is also top-notch as anglers are usually assured of a sheltered place to catch a line. St. Petersburg’s inland fishing is renowned as its mangrove shorelines, oyster bars and rich sea grass beds are home to snook, redfish and spotted sea trout.

Those seeking excellent offshore fishing can take a boat that will lead them to beautiful clear water and an abundance of grouper and snapper. Party boats and private boats are all available to hire, giving anglers more flexibility to target the fish they are seeking.