THE SUNSHINE STATE IS A SPORTING PARADISE 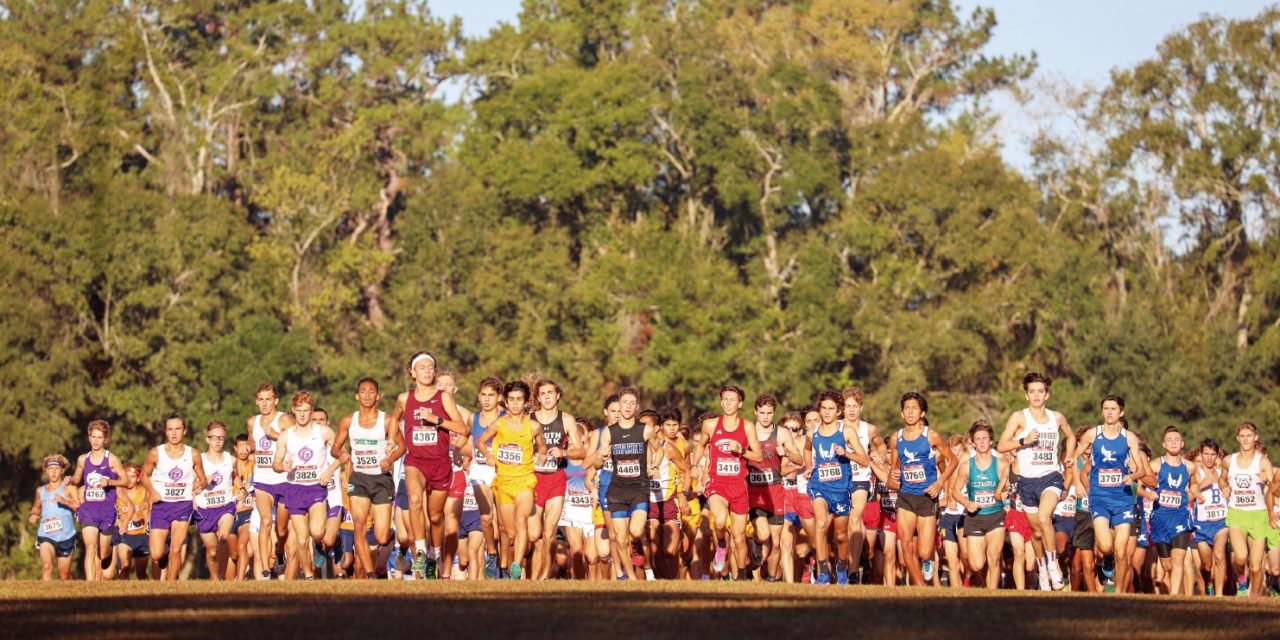 From amateur competitions to professional events, Florida has something for everyone

With pristine weather and excellent facilities, Florida is a national hub for sports tourism. Sports enthusiasts travel from across the country, and even globally, to experience the excitement of these events firsthand.

Florida sports have grown into an estimated $57.4 billion per year industry, supporting more than 588,000 jobs for Floridians while attracting more than 16 million international and out-of-state visitors annually. In addition to countless opportunities to watch professionals, Florida also hosts many popular events for amateur athletes. Here are some destinations to consider when planning a sporting event.

Billed as the World’s Largest Volleyball Event, the 48th AAU Junior National Volleyball Championships took place in June 2021 in Orlando and hosted a whopping 56,000 participants from around the world. This annual competition draws thousands of teams (the 2021 event held at the Orange County Convention Center hosted more than 3,400 squads) and accommodates players of all skill levels. The 2021 event brought in an estimated $173.2 million in economic impact to Central Florida during the 12-day competition and hosted nine teams that were ranked in the Top 10 nationally.

This unmatched volleyball competition has been recognized over the years as a four-time winner of Champions of Economic Impact in Sports Tourism Award and was named Best Single Amateur Sporting Event by Sports Travel Awards.

When athletes are finished competing, they can enjoy the offerings of Orlando, one of Florida’s most popular destinations that attracts tens of millions of visitors each year. Players can spend time off the court viewing breathtaking fireworks at Walt Disney World or enjoying attractions at Universal Studios Florida. Families can also get an up-close look at dolphins at SeaWorld Orlando or the SEA LIFE Orlando Aquarium.

Marking its 40th anniversary, USA Field Hockey will return to the beautiful Tournament Sportsplex of Tampa this fall, taking place November 25-27. The festival will offer play in a variety of ages and always attracts big crowds.

“We are delighted to be returning to Tampa,” said Simon Hoskins, USA Field Hockey’s executive director. “The venue is purposely built for elite tournament play and the area is so well served by major airports in Tampa as well as nearby Orlando. We look forward to an awesome National Hockey Festival in the Florida sun.”

The multi-sport Sportsplex is a sizable venue with all fields designed with a professionally maintained Bermudagrass playing surface. Since its last time hosting the festival in 2019, the venue has undergone massive renovations, from the expansion of parking facilities to improved food vending options. The complex is located just 10 minutes from the downtown Tampa area, a spot filled with great dining and entertainment options. Just 20 minutes away there are even more attractions, including Busch Gardens, Adventure Island and the Florida Aquarium.

Tampa is a top-notch destination for amateur competitions, but it is also considered the City of Champions as the NFL’s Tampa Bay Buccaneers are currently world champions, while the NHL’s Lightning are back-to-back winners of the Stanley Cup. Even MLB’s Rays reached the World Series in 2020. 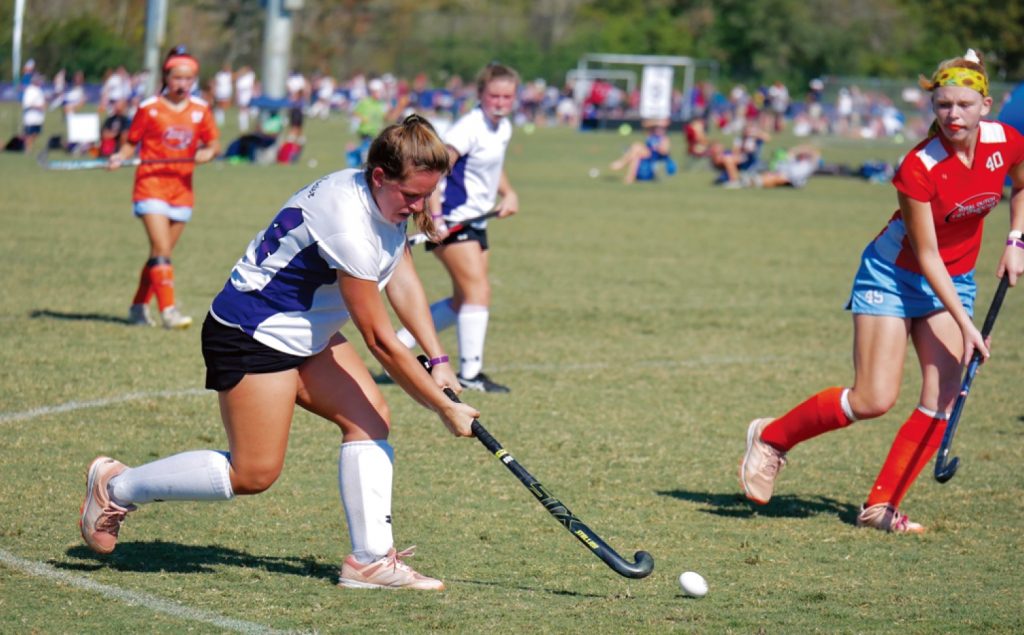 USA Field Hockey will return to Tampa this fall. Photo courtesy of the Florida Sports Foundation

Tallahassee, home to Florida State University, is a crosscountry haven as it holds some of the biggest and best crosscountry events in the country. In Fall of 2021, Tallahassee hosts the 2021 NCAA Cross-Country Championships at Apalachee Regional Park. This celebrated meet will feature 255 runners in each of the men’s and women’s races, comprised of 31 teams and 38 individual student-athletes. It is just the second DI NCAA National Championship hosted by Florida State and the first since the 1996 women’s tennis national championships.

“Championship sports are synonymous with Tallahassee. From youth events through collegiate and professional championships, Visit Tallahassee, the Tallahassee Sports Council and a dedicated community of partners work handin- hand to build winning experiences for sports events,” said Joe Piotrowski, director of Sports for Leon County Tourism and Visit Tallahassee. “Despite the challenges the industry has faced over the past year, 2021 is shaping up to be Tallahassee’s biggest sports year ever. In addition to crosscountry, Tallahassee will host a multitude of other youth sports including the FHSAA Class 1A, 2A and 3A Football State Championship, Professional Disc Golf’s Open, USSSA Youth Baseball’s Capital Showdown and several elite youth soccer events including the ASG Capital Cup and Florida State Invitational.”

This baseball staple is held annually in February in the Charlotte Harbor Gulf Islands area in Port Charlotte. The Classic welcomes teams from across college baseball that hail from the Midwest, Mid-Atlantic and Eastern United States. Ninety percent of teams return for the Classic each year because it is such a popular event, which makes sense since these Northern teams are thrilled to visit sunny Florida in the middle of winter. Games are run professionally and feature a P.A. announcer, pitch clock and scoreboard operator. All of the fields are ideal for play, dragged, lined and maintained by professional ground crews.

In addition to the Classic, Port Charlotte offers a variety of enticing beachfront attractions and recreational activities. Located along Florida’s welcoming Gulf Coast, Port Charlotte features more than 165 miles of waterways, and is also home to seven golf courses and Tippecanoe Environmental Park, featuring hiking trails and wildlife viewing through 380 acres of scrub and pine flat woods. From yacht clubs, tennis courts, boating facilities and pools and beaches, there are countless ways to soak up the sun.

Baseball fans can enjoy a Major League Baseball-centered getaway at Florida’s Spring Training facilities located in various areas. Florida’s Grapefruit League consists of 15 teams playing in 13 cities spanning the state, including the Atlanta Braves in North Port, the Minnesota Twins and Boston Red Sox in Fort Myers, the New York Mets in Port St. Lucie, the Philadelphia Phillies in Clearwater, and of course, the Tampa Bay Rays in Port Charlotte. The St. Louis Cardinals and Miami Marlins both train at Roger Dean Stadium in Jupiter, virtually ensuring you’ll see a game at this beautiful stadium during the spring.

Since 2000, more than 31 million fans have enjoyed Florida Spring Training baseball during the month of March. Next year, you can count yourself among that ever-growing number as you watch the boys of summer hone their skills in a picturesque locale.