Are You on the Wave? 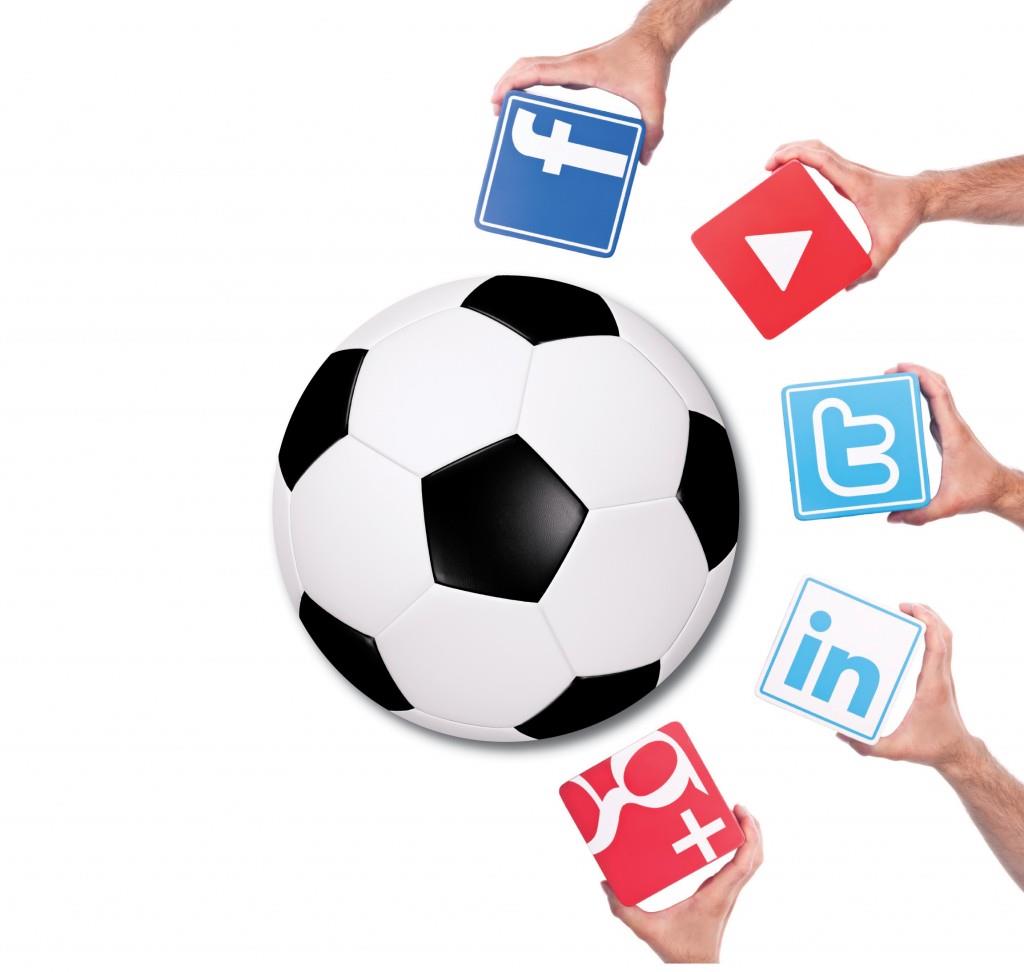 Remember the mascots for X Games, or the famous Coca-Cola commercials shown during Super Bowl? Once upon a time, if a brand wanted to be part of the euphoria of the World Series, Final Four or a bowl game, it had to pay hefty sums to post billboards around the stadium or spend megabucks on TV commercials.

Today, the world’s biggest soft drink labels, airlines, cell phone networks, apparel suppliers and others still pump millions into the country’s biggest sports events. But they no longer concentrate on the field and TV. Through massive use of social media, they have access to the place where today’s young spenders are to be found 22 hours per day: online, and in the palm of their hand. Fortunately, even without a mega-budget, you can get that access, too.

By their very nature, sports events are social; they create a buzz, they usually put people in a good mood (especially if their team is winning) and, most importantly, they bring people of all ages together because they are experiences that are best shared. This makes social media and events natural partners. The clever use of social tools to draw on that buzz will make your event that much more successful – before, during or after the game.

The relationship between events, their audiences and social media is set to become ever-stronger as millennials – the first generation to grow up in the era of “internet everywhere” and avid users of social media come of age and become mainstream consumers and decision makers. This is a generation that is used to managing their personal and professional life fully online, inspired by ideas, opinion, and endless facts and figures from a wide range of followers.

Across the U.S. alone, social media is incorporated into every aspect of our social and consumption experiences. According to new research released by Ipsos Open Thinking Exchange (OTX), Americans aged 18-64 who use social networks say they spend an average of 3.2 hours per day doing so.

We use social media to shop, check on traffic and weather, and hear the news. Of course, social media is nothing new. Facebook is already 10 years old. However, the ways in which millennials are interacting with social media change over time.

Some already consider Facebook outdated, with Instagram and Pinterest offering updates in the form of images that speak a thousand words and Twitter’s newsfeed constantly pushing out new tweets. Whichever channel you use, it’s essential to have a basic grasp of how social media campaigns work in order to address your audience in the place where they spend the most time.

Fortunately, with some solid planning, social media can be easy to use, low-cost and bring about great results. It also provides a satisfying way to get instant feedback from your audience. An effective campaign needs pre-planning, coordination and focus. The following three points are worth some thought:

Pre-Event – Wax Your Board

Prior to the World Cup, we were inundated with amazing opportunities to connect with sponsoring brands. Nike was not an official sponsor of the event but gained more value out of their Risk Everything social campaign than the other brands. They spent their time preparing and developing the creative engagement behind this concept and the results generated more than six billion campaign impressions.

The pre-event period is the best time to start a social media campaign. When you release your season schedule or the specific sporting event, kick off your engagement. Whether you depend on ticket sales or strong attendance, this is the period to create a buzz and develop a crowd.

Whatever your strategy, once outlined, launch it.  Here are some tips on implementation:

Open Dialog. We don’t have to (only) post on bulletin boards or hand out flyers on the street to spread the word. Social media is your tool to engage your audience from the planning stage. Allow them the opportunity to help suggest programming or details about the event. Open forums for discussion and ask them for feedback on creative pieces. For example, a multi-day game event in San Francisco launched a campaign across Facebook seeking open submissions for programming. The submissions were inserted on their website in an open database for attendees to vote on. Game ideas with the largest number of supporters were put into the schedule. The success is in creating an open conversation with your fans and peppering them with imagery, quests or challenges that they will be inclined to repost.

Spreading WOM. On top of gaining valuable ideas, feedback and engagement with your attendees, dialog is a simple, cost-effective way to spread your word-of-mouth reach and draw a larger audience. A clever surfing company in Australia takes mini-videos of its clientele surfing and gives them the chance to post it on all their social networks, creating a “look at me” sharable moment.

For further reach, launch an interactive competition where teams or competitors have to submit a photo or video. This will not only provide you with endless great content, but also create a tool that your attendees will post on their own networks, creating an even greater “social echo.” 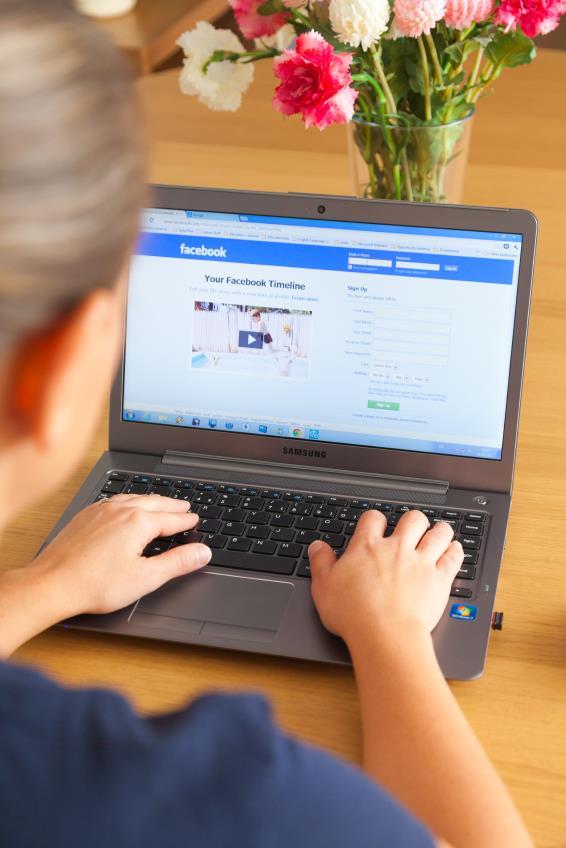 Build Excitement. As you get closer to the event, Facebook, Twitter and LinkedIn are great tools to let people know who is attending and all the great things that will happen at the event. What better way to show photos of where the event is being held and entice people with the excitement of the event location than by using Pinterest or Instagram. One event in the Midwest posted photos of the city and venue and asked attendees to guess where it was being held this year.

YouTube also can be used to gain people’s attention before they arrive. Highlight sponsors, feature key participants or teams or stats and performances from last year – anything you can share or ask people to do that brings their attention back to you. It makes your event more exciting, cleverer and up to date.

Attendee Planning. In addition, it can be an organizing tool for you as the event planner as you can track other fans at a sporting event. I recently attended an event where I could see who else was in attendance. Your fans want to be where the action is and this not only shows your attendee what is popular, but also who will be there.

Your ability to spread the word via social tools and chatter allows you to build an audience, increase access to press and build excitement for what is to come.

During the Event – Shake up the Party

When the excitement (and stress) of your event or game arrives, social media often is neglected. Yet this is the time to drive your channels. There are two key uses of social media during an event:

External Amplification. Fortunately, most of your participants or families of athletes will send a “vanity post” during the event. Don’t miss out in cultivating that wave. Pull this material together through coordinated Instagram or Twitter #tags and social platform group pages. Not only do you want everyone to see the excitement that is happening there through videos, photos, tweets and Facebook posts, but also you want them to see your reply. This creates a sense of community and it will only help promote your event in the future.

Internal Social Jive. You’ve planned your event for so long, so don’t miss out capitalizing on the action. Be clever with your use of social media. Gamification, or turning sometimes mundane tasks into games and competitions, creates incentives to add more interaction at your event. Let’s face it, we are discussing sporting events. Your fans are already interested in games. Create a buzz within the event itself, reminding your guests how to participate, but also through all the newsworthy channels. In San Francisco, a random guy who had made a lot of money set up a “pay it forward” campaign. He hid money all over San Francisco and then posted clues across Twitter, creating a super interactive social media campaign.

Your audience will also find its own ways to interact. At the 2014 Olympics in Russia, athletes were busy using Tinder to meet other athletes. In fact, there were reports that the American athletes were not doing well in the games due to the Tinder distraction (an interesting and very 21st century excuse).

Social media can be your assistant at the event and help you organize and update schedules, or post announcements and results during your event. It is easy to create groups and feed it updates, announcements, content. At the event you can even run volunteer coordination across WhatsApp and Twitter.

After the Event – Let the Waves Roll on

Often neglected is the aftermath of an event. Yet this is the perfect time to make your event live on and build momentum. You have endless content from the experience, so take this opportunity to use it. Repackage it, post it, tweet it, send out clips of videos. Create, create and create more opportunities to show off everyone’s experience. It will not only build awareness for the future, but also will create a stronger association with the event brand among those who attended.

The use of social media is only increasing. Millennials expect to be on social media in every aspect of their lives. Create, engage, distribute, repackage and, most importantly, maintain your engagement between all your events. Dive in and see how it can transform your sporting event, and share with this community your social media success stories, tips or frustrations on Twitter @SportsPlanGuide, #sportspg.

Marti Wigder Grimminck, @IntlConnector, established the communications company International Connector to help companies and destinations attract and meet the needs of millennials. An expert in producing events and multi-channel campaigns, Marti for more than 15 years produced and marketed Broadway shows, events and entertainment brands across North America, Asia, Europe and Australia. She frequently speaks on digital marketing, mobile and social, millenials and their global outlook, and women entrepreneurs. Marti earned an M.A. in social media and marketing from New York University’s Gallatin School and a B.F.A. in directing from NYU’s Tisch School of the Arts.