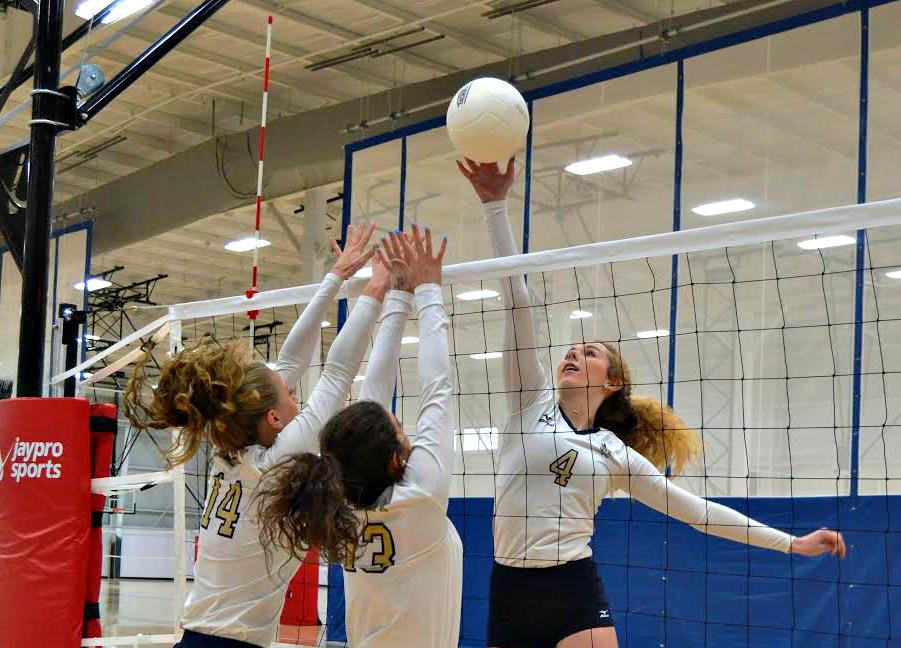 The Midwest is a lovely portion of the United States, with its relatively flat terrain and occasional rolling hills that stretch from Ohio to Kansas. When winter arrives, though, the brutal chill and howling winds that accompany the season force sports lovers indoors so they can get their athletic fix. Luckily for Midwestern residents, their region is filled with top-flight facilities, enabling athletes to escape the elements while honing their skills in their chosen sport. Here are 10 of the finest indoor complexes in the Midwest. 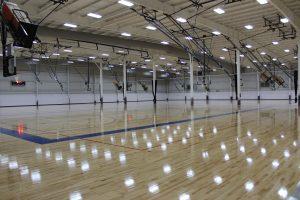 Opened in May of 2017, this 121,000-square-foot complex has added to the already burgeoning sports scene in Cape Giradeau. The SportsPlex houses two indoor turf soccer fields that meet FIFA standards and are stretched across 32,000 square feet. The fields are also complete with a scoreboard and sound system. The SportsPlex contains 57,600 square feet of hardwood maple flooring for basketball and volleyball and also features court netting and ample seating for fans. This venue has the ability to host a variety of turf and court programs, including basketball, soccer, volleyball, flag football, martial arts and gymnastics. 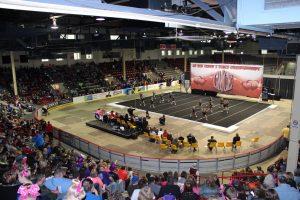 Opened in 1950, this recently renovated stadium has a tremendous history, having hosted performances by Elvis Presley, Roy Rogers, Gene Autry and Liberace. Today, the 77,000-square-foot facility that seats 3,742 is still an integral part of Troy as it holds basketball and ice hockey games, figure skating competitions, trade shows and concerts. The arena has a sellout capacity of 4,500 when used for hockey and can seat up to 5,282 when used as a concert venue. The venue also contains a 2,400-square-foot multipurpose room that seats 220.

The dazzling TaxSlayer Center in downtown Moline stands out as the region’s prominent multi-purpose arena with a history of hosting big events ranging from sports to concerts. With a seating capacity of 11,000, the 31,000-square-foot arena features a regulation NBA/NCAA basketball-sized court; an 85-by-197-foot hockey rink that can also be used for figure skating; and the flexibility to welcome rodeos, arena football, monster trucks and more. The arena’s video scoreboards provide replay capabilities to add to the professional presentation of an event. The complex also has six on-site production offices, four locker rooms with showers and an additional 12,000 square feet of meeting and convention space. 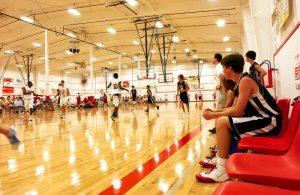 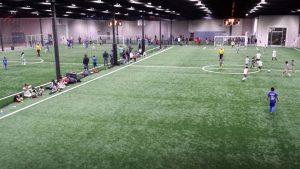 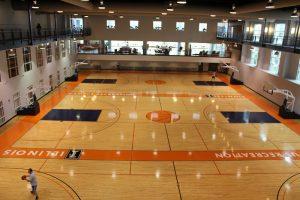 Opened in 2008 and costing $54 million, the ARC is made up of an impressive 340,000 square feet that spans four levels, and is one of the country’s largest on-campus recreation centers. The facility features four gyms which include 13 basketball and 17 volleyball courts, 12 racquetball courts, two 50-meter swimming pools, nine multi-use spaces and a 150-seat auditorium. Other ARC amenities include a 35-foot climbing wall, a 1/5-mile indoor track and hundreds of fitness machines and weights. 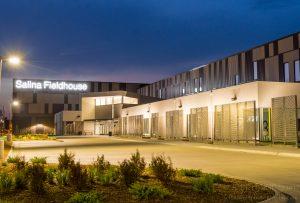 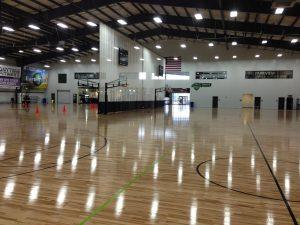 This facility is a 57,000-square-foot, multi-use sports center designed for tournaments, events, competitions, leagues, camps and tournaments. The fieldhouse sports eight high school regulation basketball courts, 10 volleyball courts and the Parkview Ortho Express Clinic. In 2017, the fieldhouse underwent a 35,000-square-foot expansion that added space for additional basketball, volleyball and pickleball courts. Also included in the expansion is a new training facility for Athletes with Purpose, a member of Parkview Sports Medicine that offers performance training classes for adults.

Tony’s Pizza Events Center features a 30,000-square-foot, 6,500-seat arena that can accommodate basketball, volleyball, wrestling, rodeos, concerts, conventions and trade shows. Home to the Salina Liberty indoor football team, Salina Sirens roller derby team and the Salina Saints ABA basketball team, this venue completed a $13.1 million renovation in the summer of 2016. Additionally, the complex is home to Heritage Hall, which offers 20,000 square feet of column-free space that can be halved or quartered to one’s specifications. This space can accommodate 2,000 people with staging and seating or host a banquet for up to 750 people. 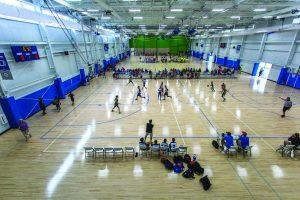