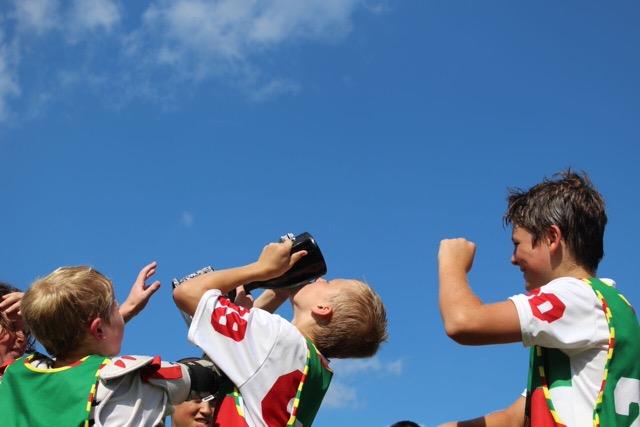 It’s not all about the top five—football, basketball, baseball, soccer and ice hockey—most popular American sports anymore. Other sports are gaining momentum in the tourism industry, and their rights holders are key players in paving the way for success. Meet the game changers and get the inside scoop on what to watch.

USA Triathlon will send its top athletes to the Rio 2016 Olympic Games and, for the first time, Paralympic Games; U.S. women are currently ranked No. 1, 2 and 3 in the world. In 2014, USA Triathlon was successful in gaining approval for triathlon to be an NCAA Emerging Sport for Women. The goal is to establish programs at 40 institutions by 2020, aided by a $2.6-million grant established by the organization in 2015, as well as a draft-legal national championship specific to collegiate women.

Shortly after joining PDGA as a player in 1991, Brian hosted PDGA-sanctioned events, designed courses and organized a local disc golf club. He began a project with Columbia County, Georgia to build a multi-course competition complex, which caught PDGA’s attention. He negotiated a partnership between the two to create the International Disc Golf Center and a new PDGA headquarters—Brian was hired as executive director in 2007.

In 2015, PDGA sanctioned 2,500 events in 30 countries; membership increased by 28 percent to nearly 30,000. Disc golf is booming worldwide and PDGA opens arms to strategic and event partnerships, like this year’s with St. Jude Children’s Research Hospital.

Aaron has been with GWN for eight years. For the past seven years he’s focused on developing Walgreens Major League Dragon Boat, produced by GWN and the only dragon boat series in North America. GWN creates events that provide quality participant experiences, positive economic impacts and fundraising opportunities.

Walgreens MLDB will add a few new events in 2016—making over 10 events across the nation—and expects continued expansion. While national partner relations are still developing, current partnerships include Walgreens, PepsiCo and Neutrogena. Overall participation is growing at over 20 percent annually and the events’ number of traveling teams continues to grow.

Carlos is a founder of USFGA and president/founder of FootGolf Illinois, an official member of UFSGA. USFGA is the governing body for U.S. FootGolf and it is a NPO with a 501(c)(3) denomination. On its board you will find a former PGA of America president, a current PGA chairman and soccer industry professionals.

In 2015, USFGA will have hosted the first National Club Championship and the first National FootGolf Conference. It will be a part of the 2016 PGA Show in Orlando and plans to provide an educational session for golf professionals and course operators. Watch for product development, merchandising partnership and upgrades on FootGolf gear.

After a year at NXTsports, Robin was promoted to vice president of events in 2013. Since then, NXT has grown from five full-time employees to over 25. It operates over 30 events in seven states, ranging from youth experience tournaments to elite high school recruiting events.

While lacrosse is its marquee sport, NXT also operates educational programming and athlete development camps in 12 sports and is looking to expand offerings on the event side, too. NXT has partnered with MVP Lacrosse, and with the addition of a Midwest youth fall event this November, 2016 promises to be a big year.

Equipped with more than 30 years of event management, sports, and parks and recreation experience, Chuck accepted the executive vice president position in 2013, less than a year after Athletx was formed. As the only senior administrator, Chuck oversees event location procurement, site logistics, human resources and long-range planning.

With 23 years of sports industry experience, Justin became USAPA executive director in 2013. Thanks to his growth and development initiatives, memberships are up 102 percent and sponsorships have increased 78 percent. Locations to play pickleball have increased 103 percent with an average of 76 new locations per month.

In 2015, USAPA has partnered with Aetna for its National Tournament, which has over 700 players and 1,800 matches, making it the largest tournament in pickleball. In 2016, USAPA plans to increase Aetna’s involvement and branding and will also sanction the new US Open Pickleball Championships in Naples, Florida.

American Cornhole Organization, founded in 2005 by Frank Geers in Cincinnati, was originally a product/marketing company that used cornhole boards and bags as advertising platforms. It became evident cornhole was more than a backyard game—it became the ACO’s mission to create a competitive sport.

In July 2015, ESPN’s “Sport Science” featured cornhole, and ACO hosted its five-day, World Championships X in Knoxville, Tennessee. ACO doubled its active player base from July 2014 to July 2015 by over 1,380 active players from 24 states. In 2016, ACO is aggressively looking for partnerships to help televise the ACO World Championship of Cornhole XI.

WBSC is working with the International Olympic Committee and the Tokyo Organizing Committee to have baseball and softball added to the 2020 Olympics. WBSC XV Women’s World Softball Championship will take place in Surrey, B.C. Canada in July 2016 with more than 20 teams from all over the world. Also in July 2016, WBSC will host its 11th Jr. Men’s Softball World Championship in Midland, Michigan.

Matt left high school administration to focus on Hogan LAX and provide quality experiences for lacrosse players. Its first tournament took place in 2001 with 28 teams, and now has five tournaments with a total of 752 teams, 14 club teams, three coaching clinics and training programs.

Hogan LAX’s goals are to expand to the West, Midwest or Southeast and to add girls’ events to the current lineup. Current partners include Nike, Gatorade, STX and LaxWorld. What’s trending now is that clubs and organizations are working to come to a decision on whether “Playing Groups” will be categorized by age or grade.