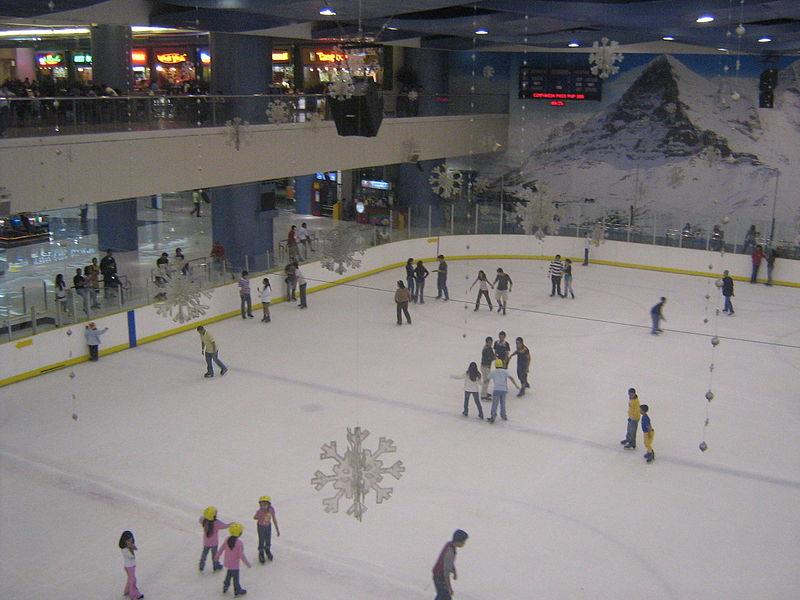 While a frozen pond can suffice for a family-skate or a three-on-three game of hockey, rights holders in both warm and cold climates depend on state-of-the-art ice centers to make their tournaments a success. No matter how you plan to use the rink, each venue on the following list of top ice facilities in the U.S. has something unique to offer your event.

Big Bear’s pair of rinks can be converted into whatever your event calls for, from figure skating and hockey to broomball and bandy. Conveniently located just outside of downtown Denver, the arena features a full service pro shop and is just a short drive from the Pepsi Center, where the Colorado Avalanche play their home games.

On the campus of the National Sports Center, the world’s largest amateur sports center, the Schwan Super Rink is itself the world’s largest ice arena. The training home of the U.S. Women’s Olympic Hockey Team, the facility houses eight rinks for skating, hockey and broomball. The spacious Hat Trick Café is a convenient place to have lunch or dinner in between games.

Built in 1992, the Petit National Ice Center can accommodate figure skating, hockey and curling, but is best known for being the country’s go-to spot for speed skating. Since its completion, 80 percent of all U.S. Olympic speed skating medal winners have either trained or competed at Petit. The facility is also home to plenty of off-ice training areas for all types of skaters.

The 135,000-square-foot Toyota Sports Center is the official training home of the 2012 Stanley Cup Champion Los Angeles Kings. With both NHL and Olympic-sized rinks, the facility hosts both hockey and skating events with the complement of a full-service restaurant, fitness center and pro shop.

The 100-year-old Skating Club of Boston opened its Brighton-neighborhood rink in 1938. The intimate skating barn has hosted the United States Figure Skating Championships seven times. The club has recently been approved to build a three-rink facility in Allston to accommodate both skating and hockey, and it has alternative venues in Foxboro and Marlborough for larger events.

Sports Plus Cincinnati’s two rinks can host skating, hockey and broomball events. The facility also is home to a RapidShot machine for hockey training. This extremely family-friendly venue includes miniature golf, a bar and grill, bounce houses and basketball and volleyball courts.

The Ice Den is Arizona’s only three-rink facility. The 150,000-square-foot complex is the practice home of the Phoenix Coyotes, and hosts both skating and hockey events. A breakfast diner, café, women’s clothing shop, fitness center and a lunch, dinner and late-night grill provide tournament goers options in between contests.

This two-story, 306,000-square-foot facility sprawls over 24 acres and houses eight full-sized rinks. The complex has over 76 spacious rooms for teams to group before, after and in between games. A heated restaurant and viewing area keep parents happy, while an arcade can keep the siblings occupied.

One of the premier destinations for youth hockey tournaments in Texas, Nytex Sports Center is home to the Texas Brahmas of the CHL. The complex features both a general multipurpose rink and the 2,400-seat Brahmas Arena. Both sheets can host skating and hockey events.