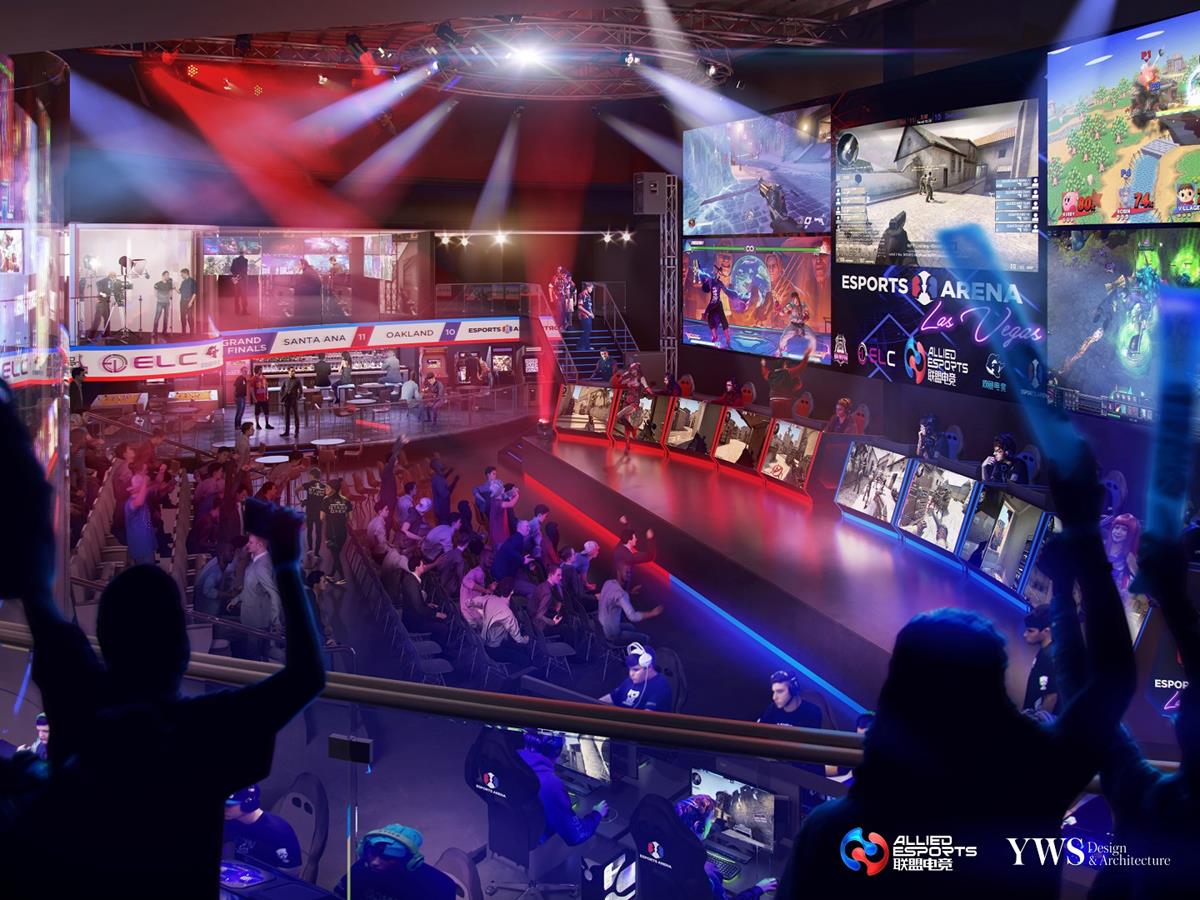 The world of esports might be the biggest competitive phenomenon you’ve never heard about. At its simplest level, esports is a multiplayer video game tournament staged in a variety of venues, some of which would be more easily associated with the NBA or A-Level concert tours. Gamers – as teams or individually – battle it out playing Call of Duty, Defense of the Ancients and even legacy sports titles such as Madden NFL Football for hefty cash prizes and prestige. A live audience, and tens of thousands more online from around the world, watch and cheer on their favorites enthusiastically.

The explosive rise in esports popularity might surprise some, even while it approaches astronomical revenue totals.

As part of its 2017 Global Esports Market Report, industry expert NewZoo pegged esports revenue this year to reach $696 million with a worldwide audience of 385 million – up from 235 million in 2015. Sports Illustrated reported earlier this year major TV networks such as ESPN and Turner will soon bring – or are already doing so – esports to their millions of viewers. And, the corporate world has taken notice of esports’ potential as companies ranging from Coke to Geico want to tap into its young, digital savvy audience.

“The beauty of the industry is that it is still fairly young, meaning that going down memory lane isn’t all that difficult to backtrack to how it was a decade ago,” Marc Winther, director of DreamHack Masters said. “From starting in local school (gyms) to today filling massive NBA and NHL arenas around the world, it’s surreal to look back to less than a decade ago when you’d barely be able to watch the games live since this livestream thing really hadn’t fully taken off.”

Winther speaks from a point of authority on several levels as a lifelong gamer, an esports reporter in his early days and now as the person responsible for putting a DreamHack Masters tournament in the MGM Grand Garden in February. A crowd of approximately 2,000 people watched 16 teams compete for $450,000 in prizes while playing Counter-Strike Global Offensive. A similar event in Sweden drew around 10,000 spectators, Winther noted.

For all the nuance involved with esports, a few basics keep everything in perspective: Fans of esports have packed the iconic Staples Center in Los Angeles, a wave of customized arenas are slated for development around the country and, in a sure sign of the gaming world’s strength, MGM Resorts is building the 30,000-square foot Esports Arena Las Vegas at the Luxor Hotel and Casino, which is expected to open in early 2018.

“This arena will be the first permanent esports arena on The Strip and fans of esports will be wowed by what we launch,” Luxor President and Chief Operating Officer Nik Rytterstrom said. And, according to NewZoo, game makers will be a major reason for the continued growth of live events which will fill arenas.

“As esports is becoming ingrained in the DNA of successful competitive games, publishers are actually looking to grow their franchises as spectator sports with the aim to engage their current fans, and reach new ones,” NewZoo’s industry report stated.

Anecdotally, esports history shows the Cyberathlete Professional League as the late-1990s forerunner to today’s modern competitive computer gaming industry. CPL held its first event in October 1997 in Dallas with a prize pool consisting of $4,000 in merchandise. That’s an eon away from the current era during which dozens of gamers took home winnings that topped six figures in a single year.

As the fervor for live events becomes more obvious in the mainstream, online viewing remains a bustling world of its own. Established in 2002, Major League Gaming reports it draws 20 million viewers per month to its MLG.tv network which broadcasts professional level gaming. Twitch.tv, which started up in 2011 and was later acquired by Amazon, boasts 45 million monthly gamers who broadcast watch and chat on its livestream site.

The evolution for tournaments has metamorphosed from days of uneven tables on wooden pallets at a local school to now, with promoters building custom stages and setting up what amounts to broadcast centers to beam competitions across the Web to gaming enthusiasts.

Making it all work means pleasing the players and fans alike, whether inside a studio, arena or in a festival setting.

“A part of growth has surely … been the importance of listening. Listening to teams and players, and what they want and prefer, and to adjust to those needs,” Winther said. “But, also more importantly, what do the fans attending the events and watching them from home want in a product.”

“I think an arena is a much better fit in general. We’ve seen trials with bigger steps, such as European soccer stadiums. That’s cool and all, but it removes a bit of the intimate experience from the arenas,” Winther said, adding the industry hasn’t quite reached the point of being able to regularly sell out stadiums. “(Esports) isn’t a 360-degree sport as is soccer. It’s entertainment live on stage.”

Those types of competitive performances took over the Amway Center in Orlando in August for the Call of Duty World League Championship – where general admission lower bowl seats ran $54 – and the North America summer championship for multiplayer battle-style game League of Legends was scheduled for Labor Day weekend at TD Garden in Boston.

In promoting the Orlando championship tournament, Rob Kostich, executive vice president and general manager of Call of Duty, Activision, described a season with “incredible” live events around the world that included stops in Atlanta, Dallas, Las Vegas, Paris and Sydney, Australia. A riveting season culminating in a championship event – held on the East Coast for the first time – with a $1.5 million prize pool had Kostich amped up. 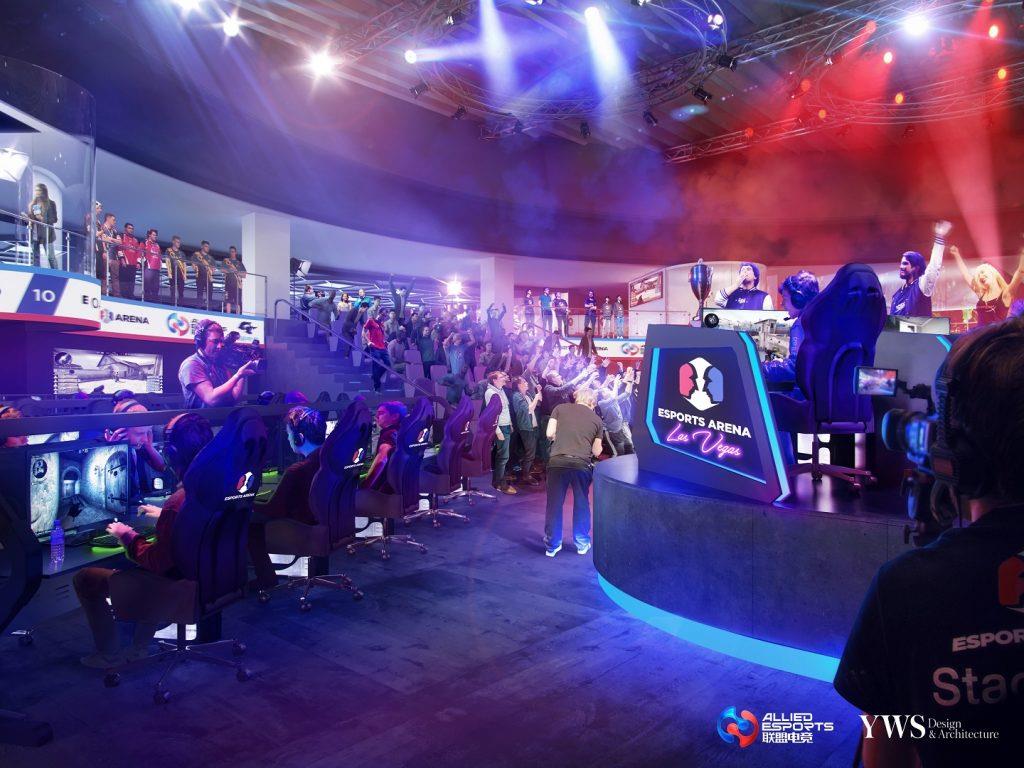 EA Sports jumped into the esports market with leagues for their smash-hit Madden and FIFA titles to tap into an already enthusiastic fan
base. Matt Marcou, Madden NFL competitive gaming commissioner, said the Madden crowd brought passion and electricity to its Madden Bowl events held at the ESPN Wide World of Sports Complex and the NFL Experience at Super Bowl LI in Houston. The fanatical view of the NFL around the United States makes every major market a good place to hold a Madden tournament.

“On the practical side, since we are … live streaming a competitive video game tournament, we look for a state-of-the-art venue with great connectivity and facilities,” Marcou said.

With high-level talent from across the globe competing for big money, there’s plenty of time, effort and thought put into how it all comes together inside the arena.

“The very unorthodox part of these large arena events would be the setup time. When venue scouting, we’ve often been met with ‘Three build days?’ when stating that we need three days of moving in and building the stage ahead of a live show,” Winther shared. “We are, unfortunately, not Coldplay or Beyoncé … we don’t have a stage ready to throw in with a one-day turnaround.”

That’s partly because of budget sizes, but more so in the distinct style of how esports competitions are presented to the crowd.

“Most of our stages are unique and built just for that event, as it varies a lot. They are way more complex than a regular concert stage and entail a lot of unique and custom-designed parts that cater just for the esports space,” Winther added.

High-caliber events will draw 16 teams and last roughly a week, while tournaments with eight teams and fewer days are more common. Although tournament time and size vary, Winther said the right venue fit goes beyond the building itself by taking into account the geographic location.

“It’s important that the arena is situated well and close to transportation options, local ground, as well as international airports,” he said. “Picking an arena on the outskirts of a city can work, as long as the connectivity is there and a local set up of stores, hotels and restaurants (are available) ensuring that you don’t have to go far for what you need, both as a player and a fan attending the event.”

Of course, it’s also a plus to be in a region that gets esports and has supporters who can help make events successful, Winther pointed out.

While a wave of esports arenas are starting to pop up in the United States – including Major League Gaming opening a flagship venue in Columbus, Ohio in 2014 – it’s fitting that Las Vegas, the country’s entertainment focal point, would eventually be in the mix.

“As a leader in the hospitality and entertainment industry, we have closely watched the growth and excitement around esports,” Rytterstrom said. “The growth is evident as we’ve seen event viewership grow at a high rate on major networks, as well as the large increase in worldwide competitions, including events such as those we’ve hosted at MGM Grand and Mandalay Bay over the last few years.

Rytterstrom said the arena will host of a variety of events each night with major tournaments on the weekend.

“Not only will our venue provide tournament planners a ready-to-go championship destination that will take esports to an entirely new level, but we will also cater to those who are fans of traditional video games – sports fanatics who want to watch their favorite team on the big screen,”Rytterstrom added. “From tournaments, leagues and high-stakes matchups to major sporting events, our venue is designed to deliver an unparalleled experience to all fans who come to enjoy it.”

Esports Arena launched in 2015 with the opening of the nation’s first dedicated esports facility in Santa Ana, Calif. The company is also slated to open an arena in Oakland, Calif., this year. In announcing the plans for the Las Vegas facility, Esports Arena Co-Founder and Chief Operating Officer Tyler Endres described a goal opening of between 10 and 15 facilities around North America in the next few years.

“Esports Arena Las Vegas will be the ultimate sports venue that people from around the world will strive to experience first-hand. The operation and programming will be unique, as the rest of our locations are very much driven to engage and support local communities,” Endres said. “In Las Vegas, we are developing an approach that will also create excitement for a crowd that may only be in town for a couple of days.”