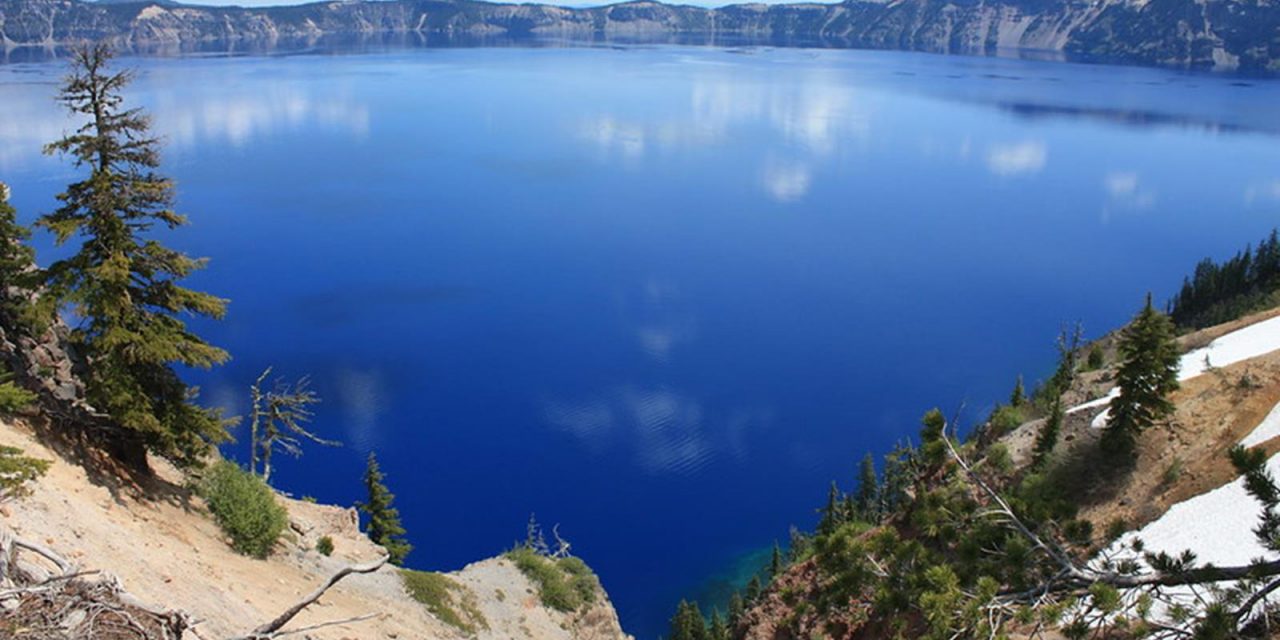 A mystical realm of opportunity awaits adventurers of all ages

As one of the most geographically diverse states in the U.S., Oregon’s unique landscape is pocketed with volcanoes, dense evergreen and mixed forests, ample bodies of water, areas of high desert and semi-arid shrublands. Simply put, Oregon’s topography is riddled with landscapes that arouse the imagination, with every Polaroid reminiscent of something you’d expect to see on another planet. The Beaver State’s western mountainous region is home to three of the most prominent mountain peaks in the country. Oregon’s landscape varies from its rain forest along the Pacific Coast Range to the barren desert in its southeast, while central Oregon features a high desert and volcanic rock formations resulting from lava beds. Whether you’re looking for a hike, bike, swim, leisurely nature walk or the perfect photo, Oregon is the place to go for those who love outdoor adventures. Here are some locales across the state that will make great backdrops and excursions to your tournaments.

The largest national scenic area in the United States begins at the western edge of the Columbia River Gorge as onlookers are greeted with a view of the ferocious Columbia River itself. Dozens of waterfalls line the Columbia River Highway from there as the landscape expands in front of your eyes. Cyclists will love the Post Canyon mountain bike network, while water sports enthusiasts thrive along the banks of the Hood River. For those looking to take a break to enjoy the scenery with cool refreshment, the Gorge has plenty of craft beer and wine options found throughout its un

America’s deepest lake is also one of its most strikingly beautiful. With a depth of 1,943 feet, Crater Lake rests where a dormant volcano once stood 12,000 feet tall before collapsing after a major eruption 7,700 years ago. After time, further eruptions formed Wizard Island, a cinder cone rising from the water which features a dizzying array of volcanic features, including a second rocky island, the Phantom Ship. The lake itself is just one of many attractions in Crater Lake National Park. Explore the old-growth forests draped around the landscape, where protected tree species have grown for more than 100 years. 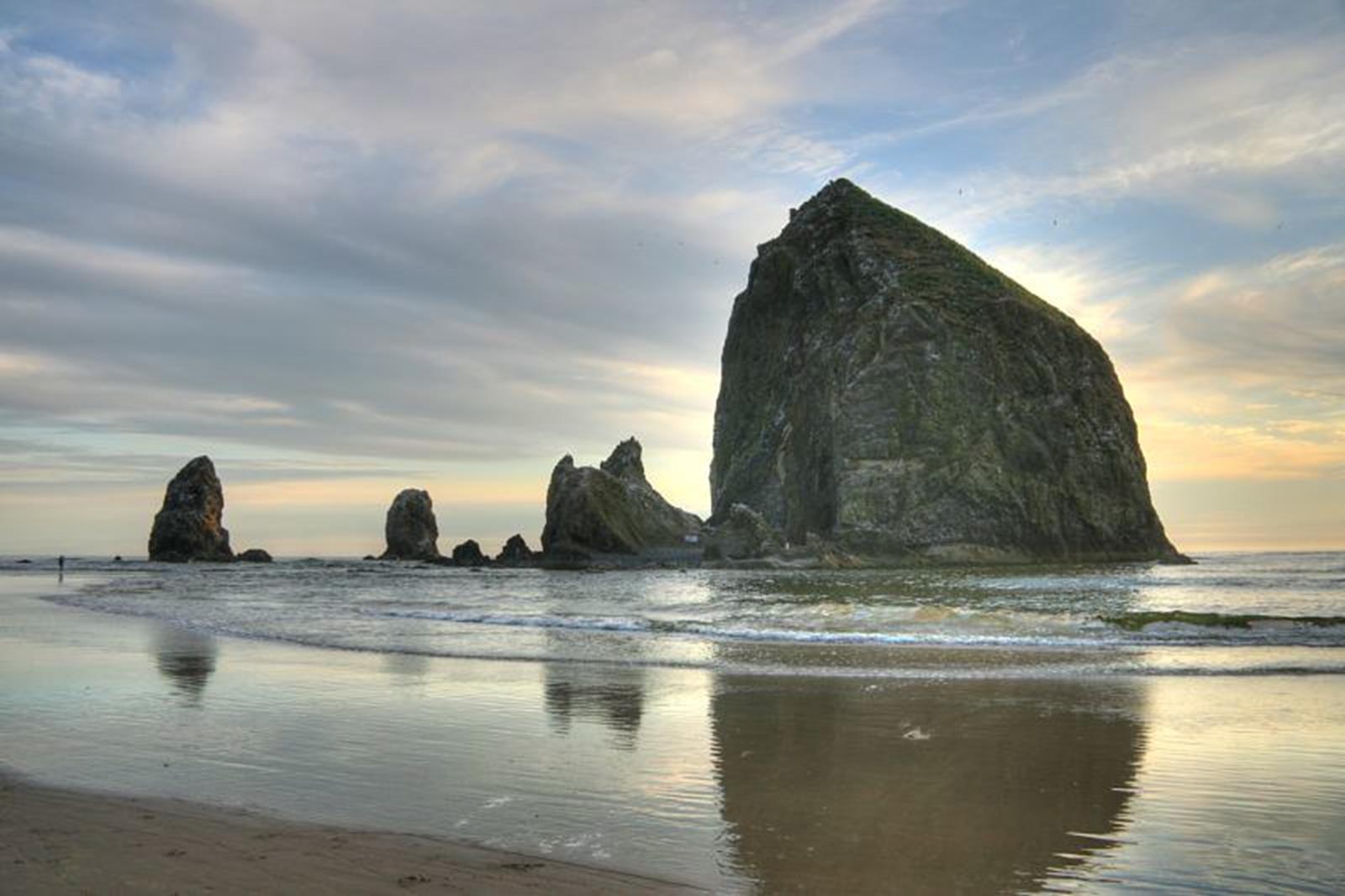 Perhaps Oregon’s most recognizable (and Instagram-worthy)natural landmark, Haystack Rock at Cannon Beach is much more than just a pretty picture. Millions of years ago tectonic plate movements yielded drastic rock formations like Haystack Rock all along the state’s coastline. Today the rock is part of the Oregon Islands National Wildlife Refuge in an effort to keep the birds who call it home safe from human intervention. 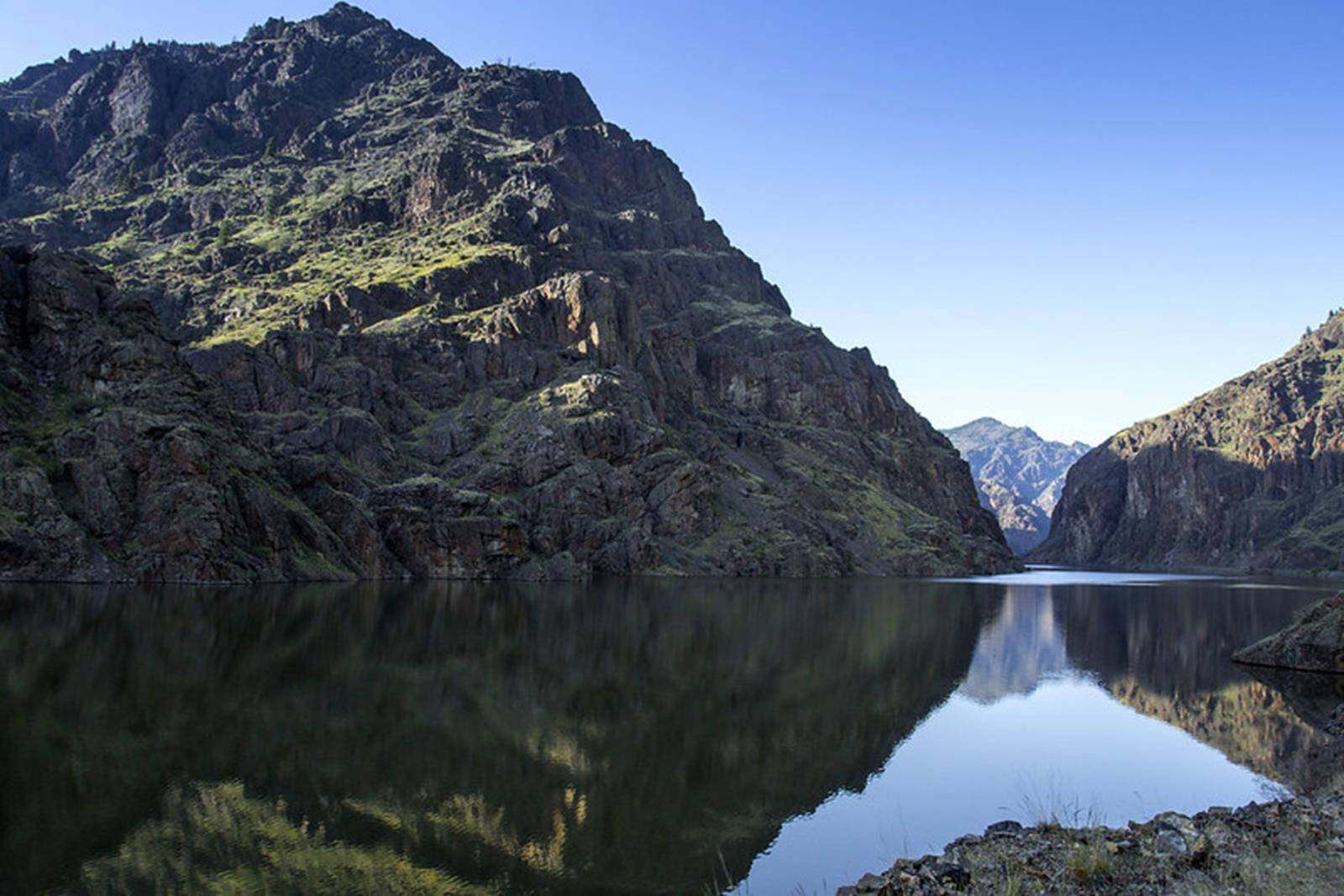 Located on the border of northeastern Oregon and western Idaho, Hells Canyon National Recreation Area is the deepest river gorge in North America. The canyon lies more than a mile below Oregon’s western rim and 8,000 feet below He Devil Peak of Idaho’s Seven Devils Mountains. Visitors can look out for animals and wildlife native to the region as well as ancient pictographs and log cabins left over from the 19th century gold rush. 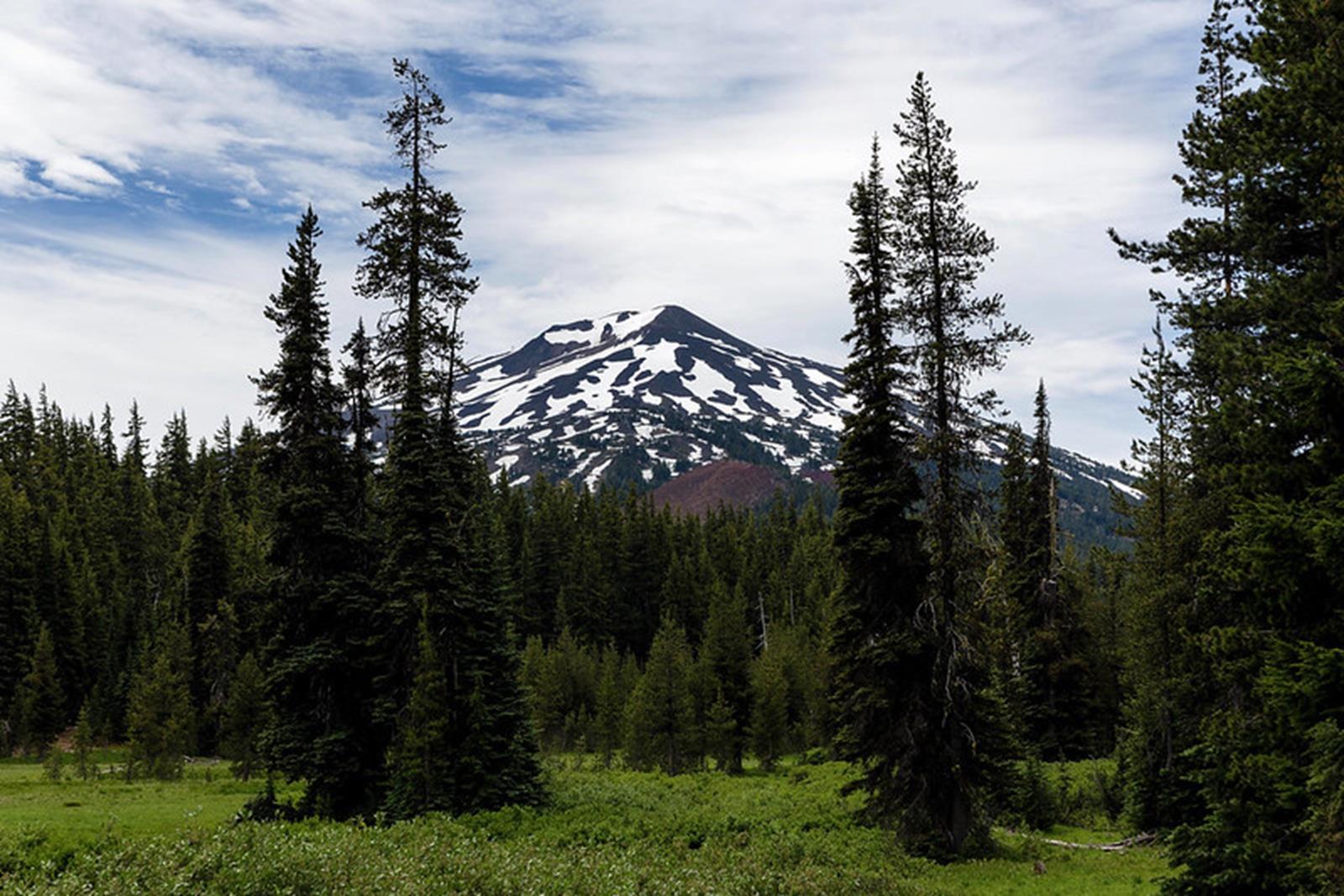 Formed between 18,000 to 8,000 years ago, Mount Bachelor is a stratovolcano in the Cascade Range of central Oregon. A ski area opened on the mountain in 1958, while the volcano’s summit holds the Mount Bachelor Observatory. Snowshoeing, snow skiing, snow tubing and dog sledding, among other activities, are popular on the mountain in the winter. The volcano’s summit can be accessed by a climbing trail that travels over lava. 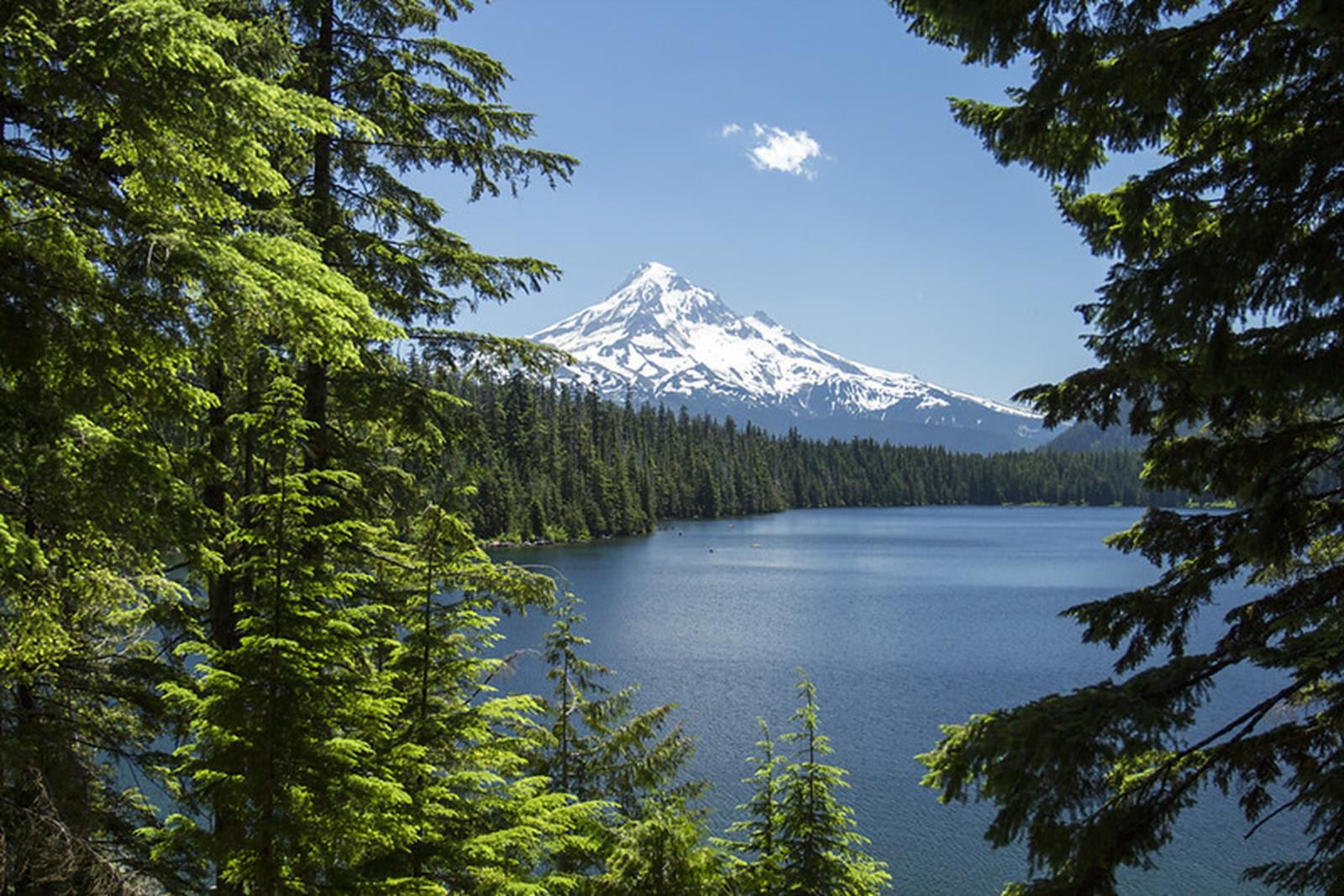 Another stratovolcano in the Cascade Range, Mt.Hood is the second-most climbed mountain in the world and the only year-round ski resort in North America. The area surrounding the mountain is gorgeous, with flowers lining hiking trails in the spring. Alpine lakes like Trillium Lake, Lost Lake and Mirror Lake provide unique views of the mountain, while vineyards and farms surround the area as well.

LocatedincentralOregonandattractingclimbersfromaroundthe world, Smith Rock formed its towers of volcanic ash out of the dust of the high desert. Hiking and mountain biking opportunities abound in the birthplace of American sport climbing, while golden eagles and prairie falcons soar overhead. Phil’s Trail takes mountain bikers for a wild ride, while cyclists can enjoy scenic bikeways like Sisters to Smith Rock and Madras Mountain Views. The surrounding area is a natural playground, too, with plenty of golfing, caving, paddle boarding and skiing nearby. 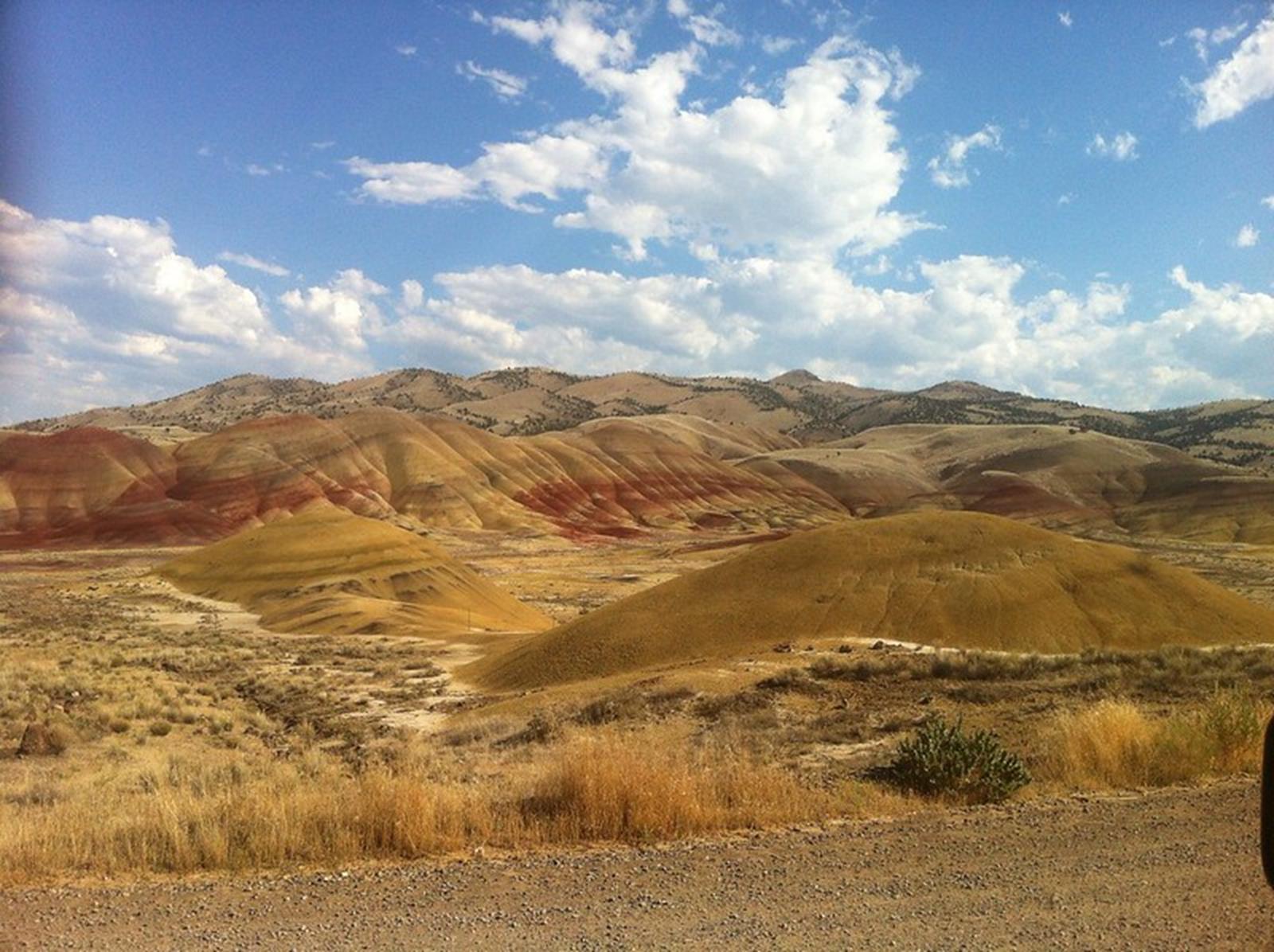 Even in a state filled with natural splendor,the Painted Hills stand out.Millions of years of the planet’s history are found in the layers of mountains of earth, revealed in a riveting color palate of yellows, golds, blacks and reds.The Painted Hills are part of the John Day Fossil Beds, which includes the Clarno Unit Features Mars-like pillars formed by waterfalls and volcanic sludge, as well as the Sheep Rock Unit, where fossils from prehistoric animals are on display at the Thomas Condon Paleontology Center. 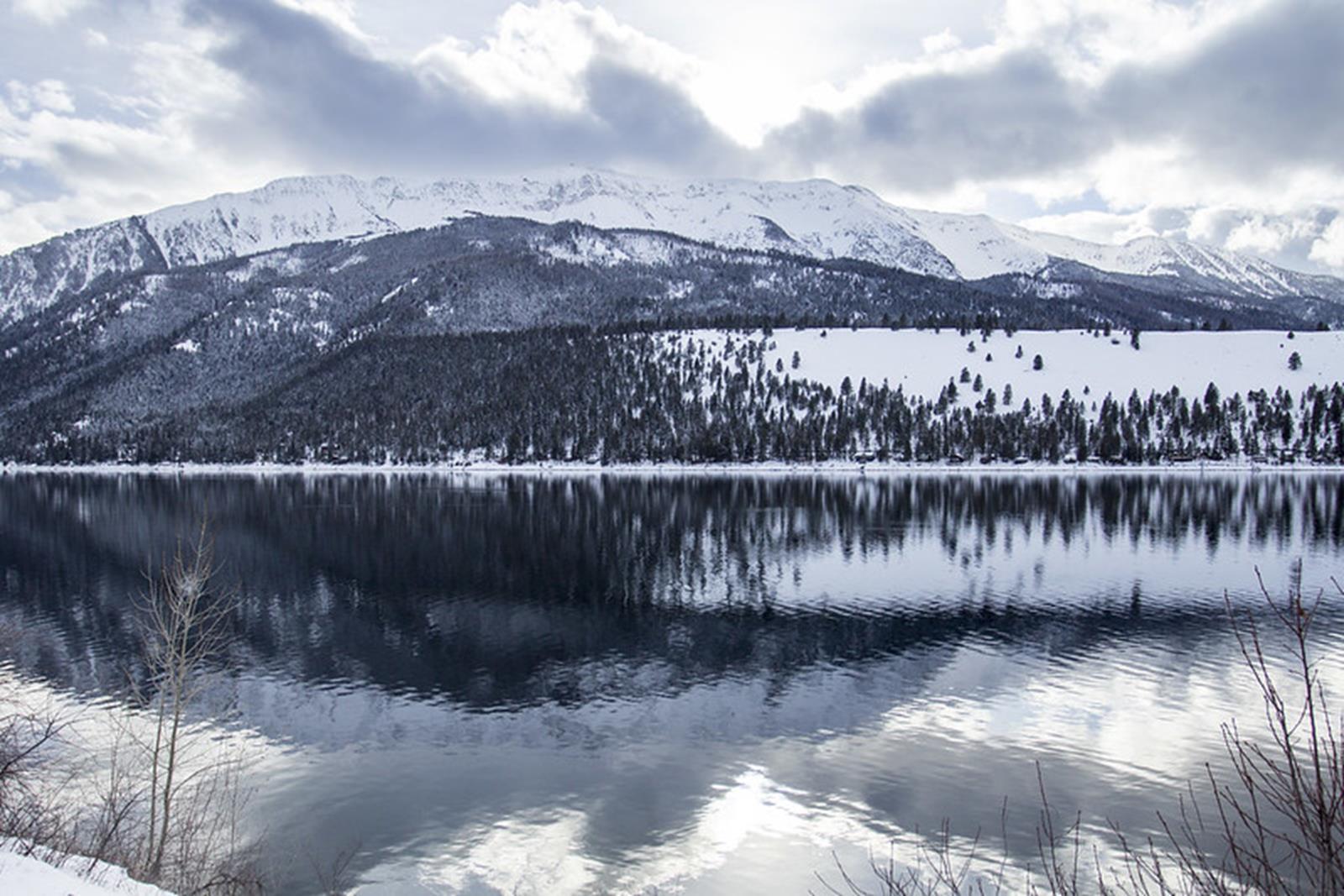 ThemagnificentWallowaMountainsareoneofOregon’sbestkept and most visually striking secrets. Located in northeastern Oregon, the mountain range is drained by the Wallowa River.Crystal clear lakes, picturesque views and access to prime ranchland make this area ideal and easy for larger group touring and epic adventuring. It’s no wonder that the Wallowa’s are called Oregon’s Alps, as they offer the state’s highest peaks outside of the Cascades.