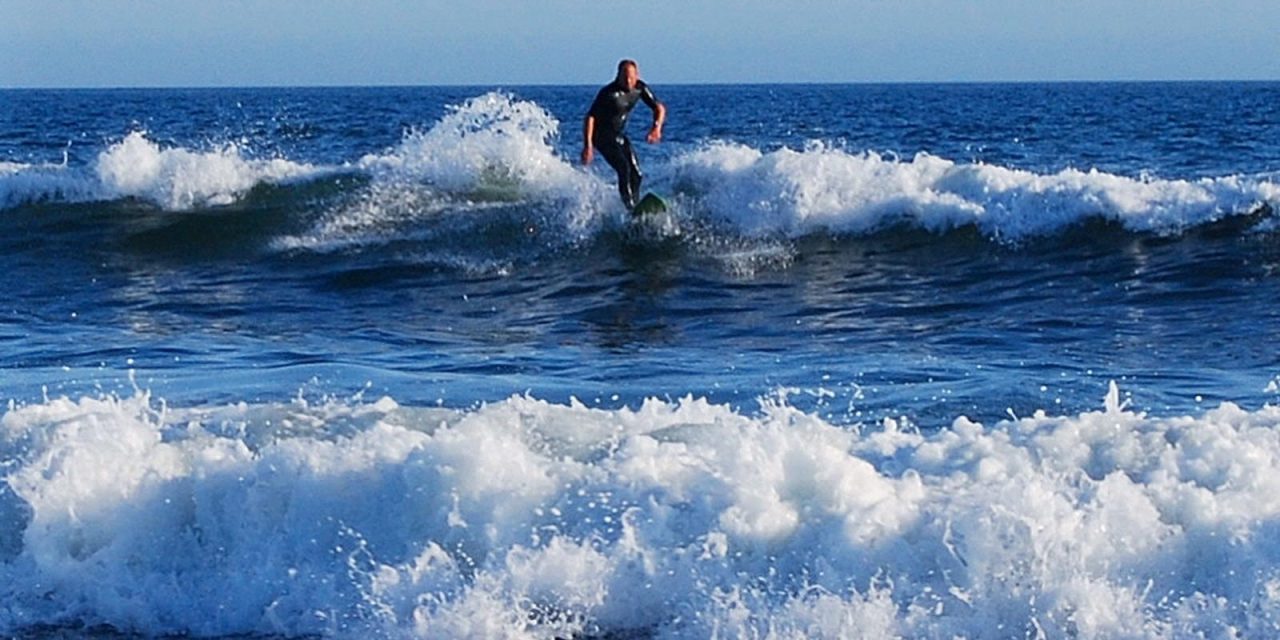 The lore of how surfing came to California on the backs of three teenage Hawaiian princes in 1885 is legendary. When surfing became the Golden State’s official sport in 2018, it was as much an acknowledgement of its history as a modern reflection on its iconic nature within Californian culture. From the crisp waters of Northern California to the clement combers of San Diego, California’s coastline entices surfers from around the world with an arsenal of perfect waves for every skill level. Here’s a look at some of the most memorable surfing spots and tournaments found around the state.

Embedded in Monterrey County, Asilomar State Beach offers a calmer alternative to the fleeting but invigorating swell found at Ghost Tree off Pebble Beach. Waves here can still reach up to 10 feet in the winter months, but Asilomar is usually pretty mellow with a right point break setup. 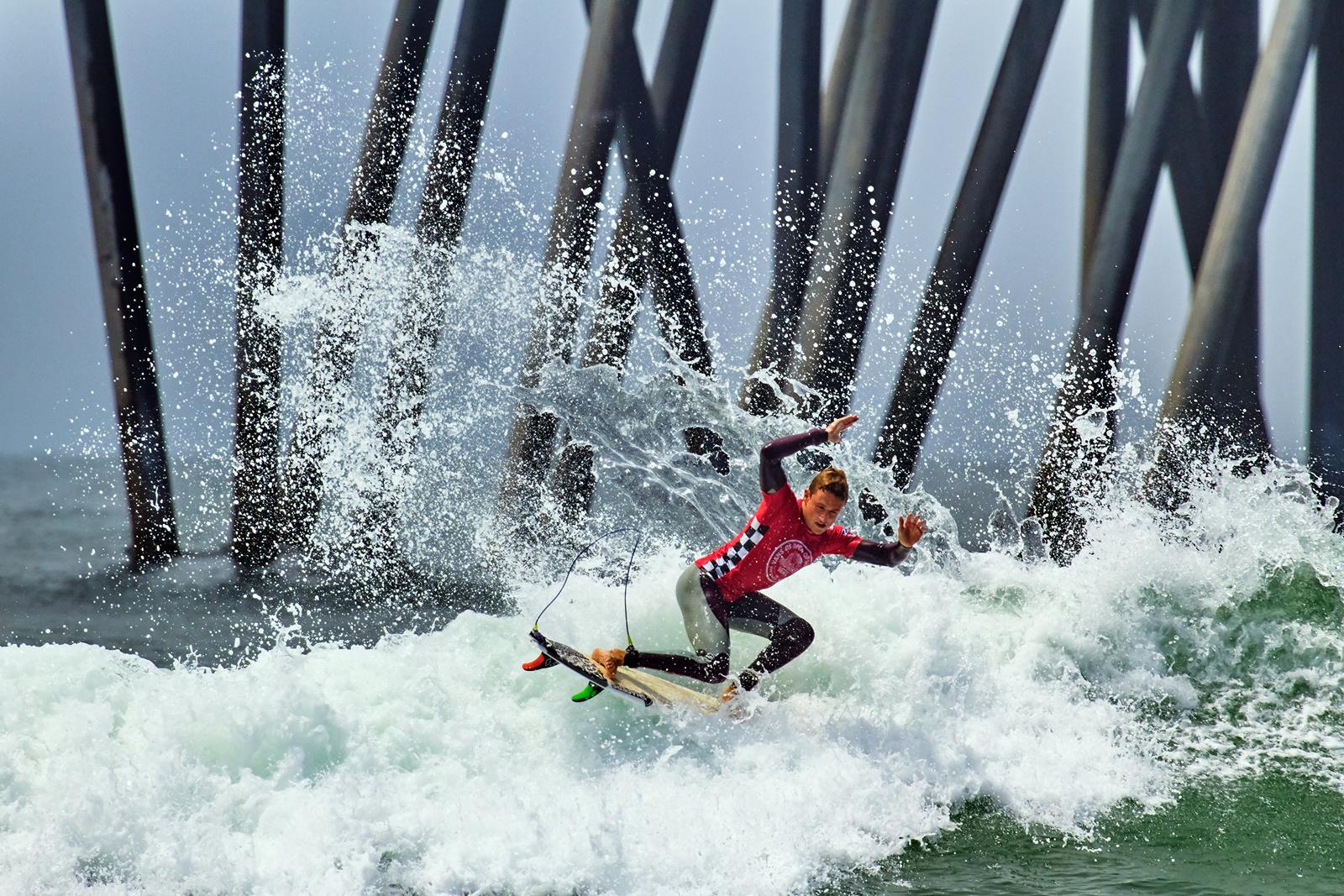 The pinnacle of surfing culture within Southern California, Huntington Beach Pier is the holiest shrine within the state. Hawaiian surfing legends George Freeth and Duke Kahanomoku tamed the waves here more than a century ago, and their legacy lives on today in some of the country’s premier surfing contests, including the Vans US Open of Surfing. The Western Surfing Association hosts events here regularly where beginners can learn to compete in the same waters that past champions like Andy Irons and Kelly Slater conquered. Two iconic, industry-defining surfing superstores call Huntington Beach home as well: Jack’s Surfboards and Huntington Surf & Sport.

Just outside Pillar Point Harbor north of Half Moon Bay, Mavericks is a winter destination that draws some of the world’s best big wave surfers. An invitation-only contest is held here most winters, having changed its name several times throughout the years and most recently known as the Mavericks Challenge. The 25-foot waves and incredibly fast left-hand break marks this spot as among the greatest challenges throughout the state.

Consistently a standout among its brethren in the Central Coast beachbreaks, the Pismo Beach Pier is a classic surfing hotspot. Nestled in between Point San Luis and San Luis Obispo Bay, the 1,250-footlong pier is lit at night, making all-night surfing via a full moon a reality. Competitions occur here on the regular, like the World Surf League Qualifying Series Pismo Beach Open, held annually in October. But beginners can catch a wave here as well, with playful summertime swells that accommodate everyone.

Known as the “Queen of the Coast”, Rincon Point is world-famous for its well-formed waves, long rides and winter swells. Mounted to the border of Ventura and Santa Barbara counties, Rincon is home to the Rincon Classic surf championship each January, which draws local legends and plenty of spectators. While in nearby Carpinteria, stop in at Rincon Designs for authentic branded clothing and hand-crafted surfboards, or just to get a taste for the area’s flair.

Steamer Lane is legendary among California’s surfing sights, where the Santa Cruz surf break has a storied, innovative history. It was here that the first modern surfing wetsuit and leash were developed by Jack O’Neill, and it’s also where he infamously lost his eye.

The cliffs overlooking Steamer Lane make for a natural amphitheater as you watch a lineup and listen for echoes of the past. Surfing made its debut on the U.S. mainland in Santa Cruz in 1885, and the legends have only grown since. 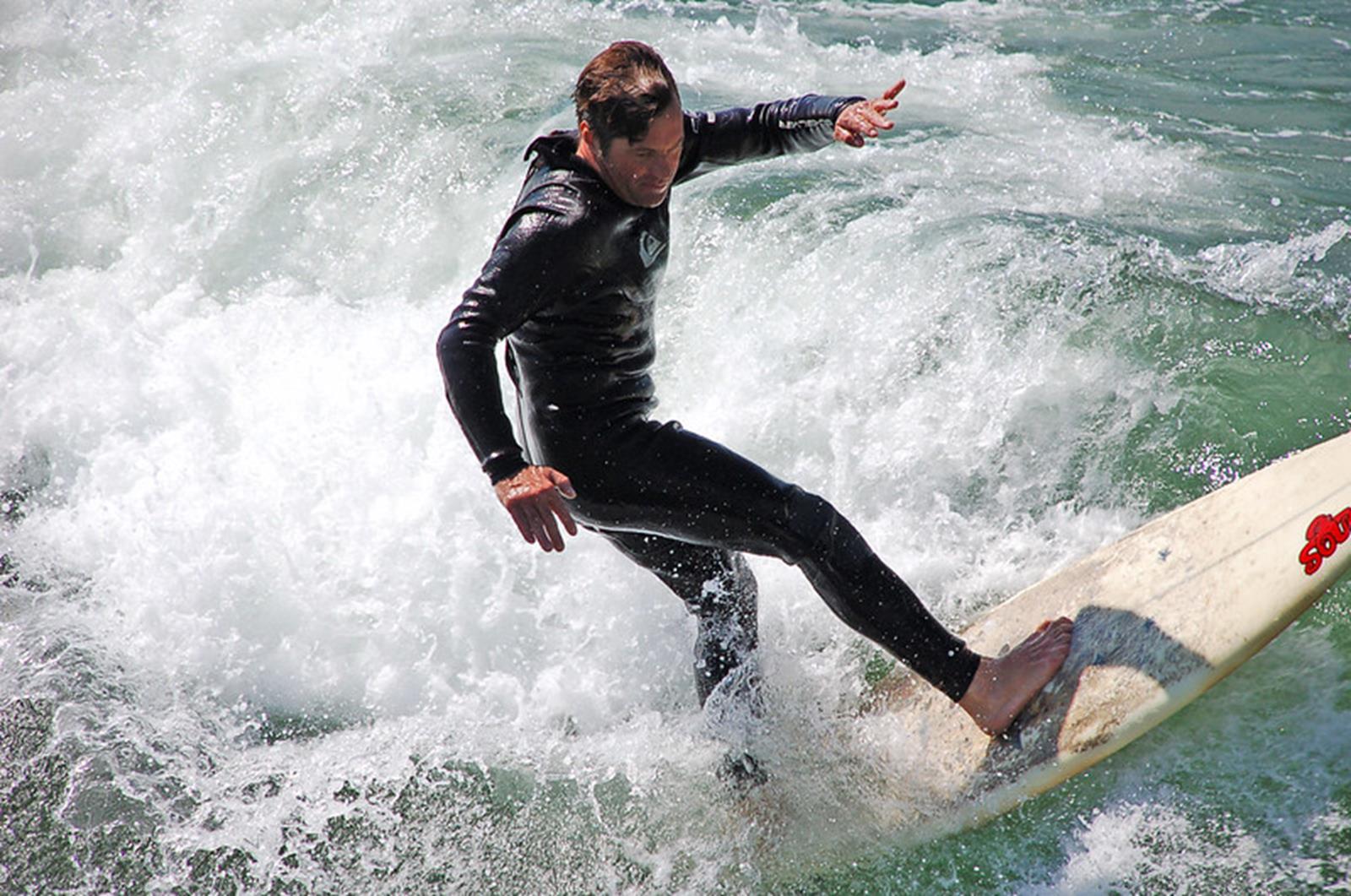 Surfrider Beach has the honor of becoming the first World Surfing Reserve by the Save the Waves Coalition. With nearly perfect waves, Surfrider’s long right-hand break makes it a popular spot along the sandy beach between the Malibu Pier and Malibu Lagoon. These aren’t the best waves for fledgling surfers, but they definitely should be aspired to. Surfrider hosts the Malibu Board Riders Club Call to the Wall competition annually in July.

Honored by National Geographic as one of the world’s top-20 surf towns, Swami’s State Beach in Encitas features an awesome park perfect for watching surfers during competition. Walk through the gardens to take everything in if you’re not in line to catch the next wave, though keep in mind that Swami’s is best suited for surfers with an intermediate-and-up. Swami’s Surfing Association hosts the Swami’s Contest annually in October.

Trestles is home to some of the most pristine waves you’ll find anywhere in the continental United States.

This series of point breaks was named for the train trestle near San Onofre State Beach, though surfers know the area new San Mateo Point as Uppers, Lowers and Middles for its surf spots. Take in the surrounding area while you’re there for the great views of the Dana Point Headlands and the San Clemente coastline.

Newport Beach’s world-renowned killer wave is an absolute beast. The Wedge forms during south swells when waves refract off the rock jetty, causing 30-foot-high waves for the bodysurfers and bodyboarders brave enough to face the challenges found here. For the rest of us, there are plenty of spots on the beach to sit back, relax and enjoy the show.

Below Neptune Palace in La Jolla, Windansea got its name from a hotel that burned down in the 1940s. The classic reef burst onto the scene in the preceding decade when surfing legend Woody Brown first rode the waves here in 1937. With waves ranging from two to 10 feet, Windansea has a reputation for being unpredictable, which makes it a favorite for competitive surfers. The Windansea Surf Club Coalition closes out the competitive season in November.