U.S. Gymnastics Championships head to Fort Worth for 2020 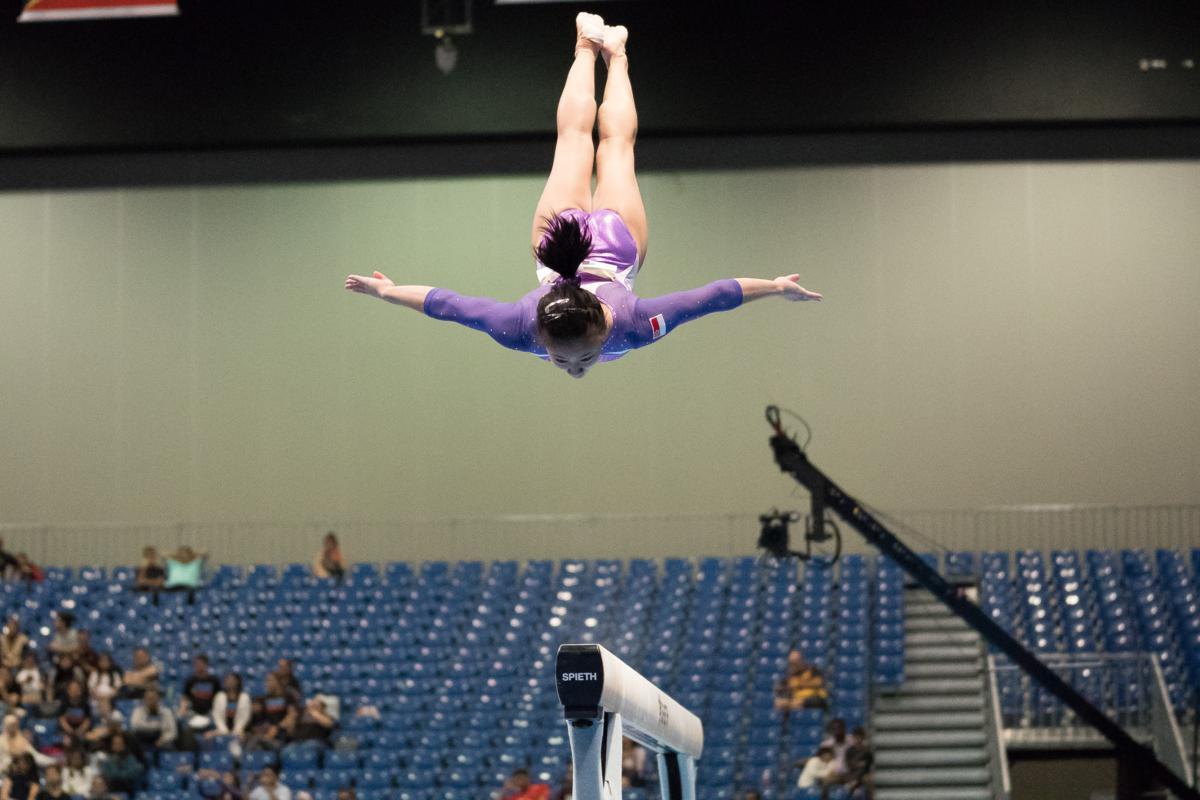 Dickies Arena in Fort Worth will house the U.S. Gymnastics Championships in 2020.
For just the fourth time in history, Texas will host the event, which determines the men’s and women’s U.S. champions as well as the U.S. National Team rosters for the junior and senior elite levels. The competition will occur from June 4-7, where the results will play a major role in determining which athletes will advance to the 2020 U.S. Olympic Team Trials event from June 25-28 in St. Louis.
“The 2020 U.S. Championships is literally the last stop before the Olympic Trials, and the four-day competition will play a pivotal part in selecting the gymnasts who will advance to the trials,” said Stefanie Korepin, chief programs officer for USA Gymnastics. “This is an incredible opportunity for gymnastics and sports fans in Texas to see, in person, the country’s, and some of the world’s, best gymnasts. The Dallas-Fort Worth metropolitan area and the state of Texas have great gymnastics communities and have produced a number of World and Olympic medalists, including Carly Patterson, who won the 2003 World team and 2004 Olympic all-around titles. We hope everyone will come watch our athletes compete, including those who may be on their way to Tokyo.”
The Fort Worth Sports Commission and Dickies Arena are the local partners for the 2020 U.S. Championships.
“Being selected as the host city for the 2020 U.S. Gymnastics Championships is a huge win for Fort Worth as the nation gears up for the Summer Olympics,” said Jason Sands, director of the Fort Worth Sports Commission. “Our community is excited to showcase the city and Dickies Arena’s state-of-the-art facility to the fans, athletes and coaches of this prestigious sport.”
The U.S. Championships determines the U.S. junior and senior champions for the all-around and individual events for men’s and women’s gymnastics, as well as the members of the junior and senior national teams. At the 2019 U.S. Championships, both 2016 Olympic all-around champion Simone Biles of Spring, Texas/World Champions Centre, and two-time Olympian Sam Mikulak of Newport Coast, Calif./U.S. Olympic Training Center, won their sixth U.S. women’s and men’s all-around titles, respectively. Recently, Biles won her fifth World all-around title and a total of five gold World medals, setting a new record of 25 for most World gymnastics medals won by a female or male gymnast.
Tickets for the four-day championships are expected to go on sale in the near future.