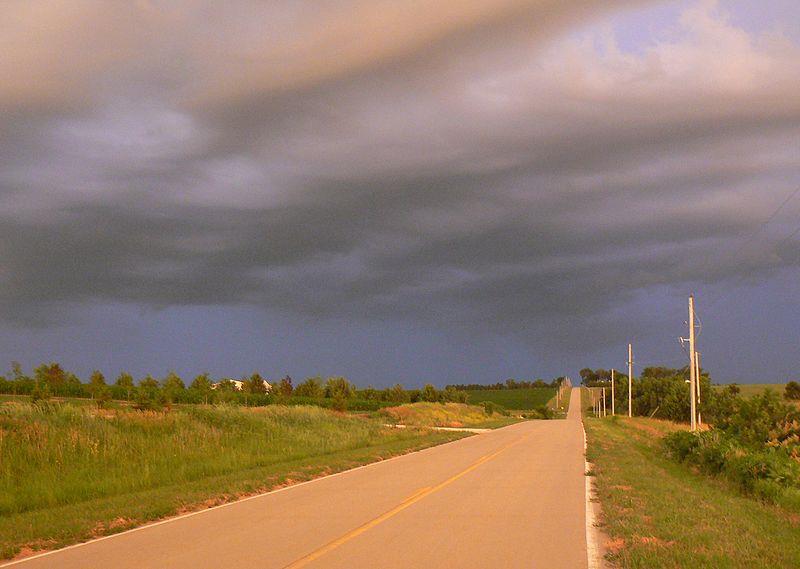 Nebraska is famous for being one of the top agricultural states in the nation. They have even named the mascot for the University of Nebraska the Cornhuskers. Nebraska is bursting with exciting college sports, and has plenty of venues to offer for a tournament of any sport and size.

Often called the “Midway City,” Kearney was named after Fort Kearny, the first U.S. Army post on the Oregon Trail. The fort was used to protect gold rushers and pioneers on their way out West. Today, Kearney is a gold mine of sports facilities all within a close distance of one another.

On the bluffs of the Platte River Valley lies the pride of Kearney, the Meadowlark Hills golf course. This championship 18-hole course has a par of 71 for men and 72 for ladies. Several holes challenge you with water hazards and bunkers. The course also includes a driving range and putting green to practice your game. Another course, the Kearney Country Club, is an excellent place to hit the links as well. The course is a vast 5,900 yards and plays to a par of 70 for all golfers.

Kearney is a great baseball and softball town. Home of the University of Nebraska-Kearney baseball team, Kearney’s Memorial Field is a beautiful ball park. It was built after World War II and is in great shape today. The field is equipped with lights and has bleacher seating around the infield. It has full concession and a picnic bench area above the bleachers for great viewing while snacking.

Harvey Park is also a prime location for baseball or softball. It has four fields, all of which are equipped with lights, as well as full concession. Harvey Park held the Kearney Krush Fall Blitz Softball Tournament last September. Each field seats about 200 in the outfield seats.

If speed is your thing, Kearney offers a great place for auto racing. Kearney Raceway Park the only quarter-mile race track in Nebraska, is a NHRA West Central Division Summit Series Final participating track. It also holds amateur, junior and other pro events.

The capital city of Nebraska has a lot more to offer than politics. Lincoln brings a lot to those seeking a host city for their tournament. With the University of Nebraska in the heart of the city, sporting facilities are in high supply. Also, the unique Abbott Sports Complex can accommodate just about any sport you wish to play.

The University of Nebraska is famous for its storied football history. That history starts with Memorial Stadium. The stadium has been the home of the Huskers since 1923. It has been called “A Cathedral of College Football.” Two years ago, two large “HuskerVision” replay boards were installed and have given the historic building an electronic makeover.

For indoor sports, the all-purpose room of the Bob Devaney Sports Center hosts men’s and women’s basketball games, gymnastics competitions and indoor track meets. The center seats about 13,000 and has been the home to many Husker athletes for over 30 years. The center held the NCAA women’s gymnastic championships in 2003.

Another indoor sports facility on campus is the NU Coliseum. The coliseum is home to the Huskers volleyball and wrestling teams. With its overwhelming intimacy, the coliseum brings a whole new meaning to the term “home court advantage.” The coliseum was the home of the basketball program before it moved to the Devaney Center.

The Abbott Sports Complex is unlike any another complex in the nation. With accommodations for several different sports, the complex is a year-round sports machine. The complex has 20 grass fields for soccer or rugby. Of the 20 fields, 12 are international size. This includes the Ethel S. Abbott Championship Field, which seats 2,500, and is equipped with lights. The complex is home to the Capital Soccer Association, a local soccer club for players ages 4 to19.

Right in the heart of the complex is the football field. Parking is field-adjacent and there is plenty of room along the sidelines to grab a seat. For tennis, the complex offers 12 outdoor courts. The center even offers a venue for motocross. There are two tracks at the center. The main track is 1.5miles long and 30 feet wide. Indoors, the Abbott Complex offers 11 volleyball courts, three basketball courts and an indoor soccer/inline hockey rink

Home of the College World Series (CWS), Omaha is a one-of-a-kind location for baseball and softball. With deep roots in the state’s collegiate athletics, Omaha has venues for several different sports.

When people think college baseball, Omaha is the city that immediately comes to mind. The Johnny Rosenblatt Stadium was the home of the CWS up until this year. Built in 1947, the park seats about 23,000. The park is the largest non-MLB ballpark in the nation. As well as the CWS, the stadium is home to the Omaha Royals, the AAA affiliate of the Kansas City Royals.

The new home of the CWS is TD Ameritrade Park. This $131 million park is a state-of-the-art ballpark that seats 24,000. The park is also home to the Creighton University’s men’s baseball team. TD Ameritrade Park recently held the match up between the USA Baseball Collegiate National Team against the Japan Collegiate All-Star team this year.

For older players, Tranquility Park has eight full-size fields equipped with lighting and seating. Seymour Smith Park has five full size fields, all of which are lit. The park also has full concession and a press box.

With four major bowling centers in Omaha, there are a total of 122 lanes to host any tournament. Maplewood Lanes, Mockingbird Lanes, West Lanes Bowl and Kelley’s Hilltop Lanes are just a few minutes apart.

Omaha has over 40 outdoor basketball locations, some with multiple courts. Adams Park offers two asphalt courts and seating for spectators. Kingswood Park features two clay courts and seating as well. Meadow Lane Park has six total hoops on its two cement courts. It is a great place to practice your game as well as play.

Nebraska is much more than farmland. Omaha is home to one of the biggest tournaments in the nation, the College World Series. Kearney boasts one of the NHRA’s elite race tracks. And in Lincoln, the University of Nebraska has made the state capital one of the top locations for any sport. Nebraska has a lot to offer for any sports planner looking for a great location in the Great Plains.