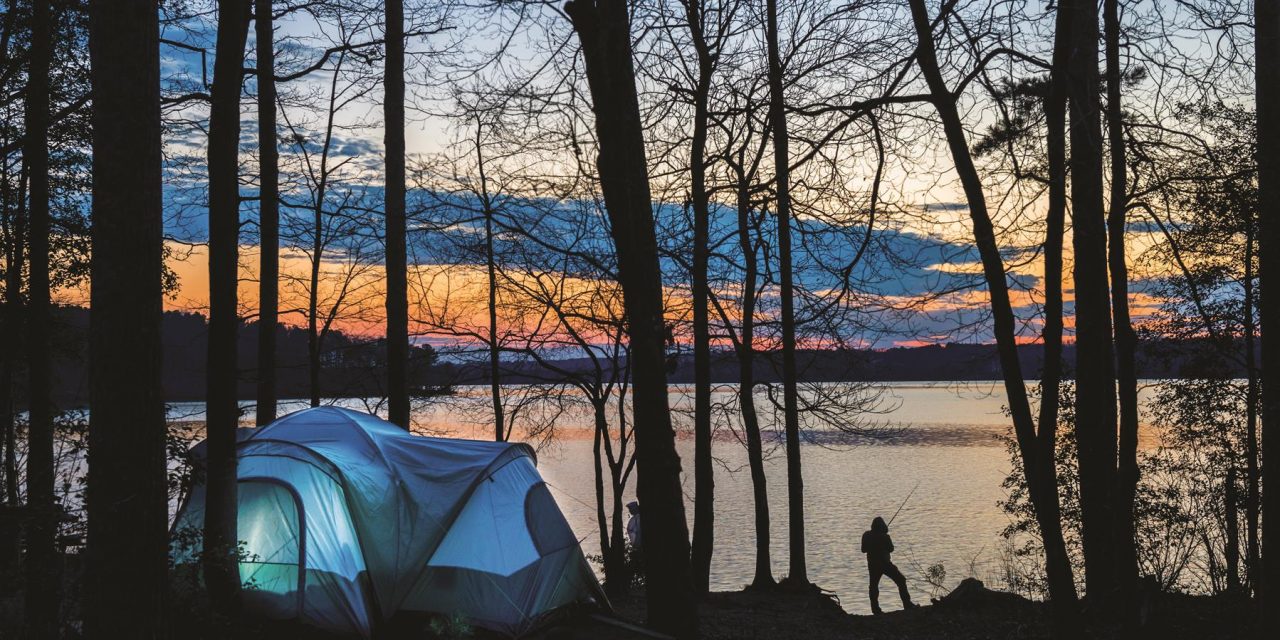 The national forests of North Carolina abound with recreational opportunities

At a time when people are looking for fresh air and elbow room, North Carolina’s national forests extend the options beyond well-traveled national parks and seashores. Though lacking a marketing push that would propel them onto bucket lists, these vast public lands reward travelers with endless opportunities for quiet walks in the woods, rollicking raft rides on whitewater rivers, and even panning for gold.

Pisgah, Nantahala, Uwharrie and Croatan national forests all beckon the adventurer eager to commune with Mother Nature. Here are brief looks at what each wilderness empire offers: 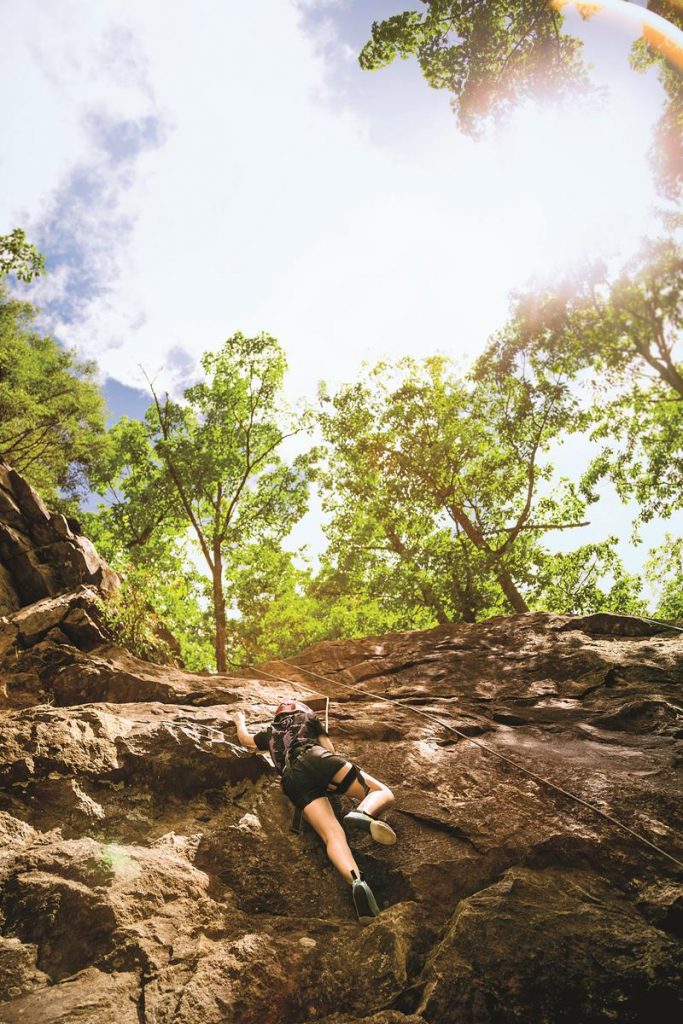 With two tracts of land in the mountains of western North Carolina, Pisgah National Forest is easily accessible from Asheville, Blowing Rock, Linville Falls, Grandfather Mountain and other tourist hotspots along the Blue Ridge Parkway, one of America’s great scenic byways. It’s a kingdom of mile-high peaks, heavily forested slopes, cascading waterfalls, rivers for rafting and hundreds of miles of hiking trails, including part of the Appalachian Trail. Mountain biking is a Pisgah specialty, and several outfitters offer rentals and guided rides.

U.S. Highway 276, which runs for 37 miles between Brevard and Waynesville, is part of Forest Heritage National Scenic Byway and leads to various attractions, both natural and manmade. The Cradle of Forestry in America Historic Site, 14 miles north of Brevard, showcases original log buildings on the rustic campus of Biltmore Forestry School, the nation’s first such school, which was started in 1898 by Carl Schenk on land owned by tycoon George W. Vanderbilt. At the Forest Discovery Center, visitors can see a movie about the school and birth of science-based forest management, enjoy hands-on exhibits, ride a firefighter helicopter simulator and go “underground” to see which animals live under the forest floor.

The Pisgah Center for Wildlife Education and Bobby N. Setzer State Fish Hatchery, also north of Brevard via U.S. 276, produces brook, rainbow and brown trout for release in some 60 local streams. Visitors strolling along the 50 large tanks, called raceways, can observe and feed the fish. Other features include a film on wildlife conservation, wildlife exhibits and aquariums with fish, amphibians and reptiles. Looking Glass Falls is one of the most popular waterfalls in North Carolina. A walkway from the parking lot leads down to the falls, whose name comes from Looking Glass Rock, a huge granite monolith that glistens like a mirror, or looking glass, when water freezes on its side in winter. Sliding Rock, also reachable via U.S. 276, is a natural waterslide with sheets of cold water that plunge daredevils 60 feet into a seven-foot-deep pool. It’s staffed with lifeguards in summer, and personal flotation devices are available for rent.

Pisgah National Forest surrounds 6,684-foot Mount Mitchell, the highest summit east of the Mississippi River. The peak, part of Mount Mitchell State Park, is a five-mile drive from the Blue Ridge Parkway. From the parking area, it’s a short but steep hike (100 feet) to the top. The wilderness park, north of Asheville, has camping, hiking trails, picnic areas, a museum and a lookout tower with stunning views. The summit of 5,721-foot Mount Pisgah, visible for miles around and also close to the parkway, is a moderate-to-strenuous climb from the parking lot.

North Carolina’s largest national forest, adjacent to Great Smoky Mountains National Park, anchors the state’s far southwestern corner with over 528,000 acres of protected high mountain wilderness near Cherokee and Bryson City. Within the forest, the Nantahala River flows through a gorge that sees only a few hours of sun at mid-day. Nantahala is Cherokee for “land of the noon-day sun.”

More than a quarter-million visitors each year come to go rafting or kayaking in Nantahala River Gorge, one of the world’s premier whitewater destinations. Outfitters like Nantahala Outdoor Center (NOC) do guided raft adventures on the crystal-clear river and have helped Olympians train. In addition, NOC operates thrilling zip line canopy tours. Also in the forest, three picturesque reservoirs are nestled among the mountains, offering boating, water-skiing, fishing, swimming and camping.

The national forest has more than 200 miles of developed hiking trails, including 52 miles of the Appalachian Trail. Horseback riding and mountain biking are big as well. The area claims dozens of waterfalls, including 411-foot Whitewater Falls, the highest falls in the East. It’s accessible via a steep one-mile trail from the overlook. At Glen Falls, the river plunges over a 50-foot ledge, providing a spectacular show.

Much of Nantahala National Forest can be enjoyed from the highway. Both the Waterfall Byway and Cherohala Skyway (a 51-mile stretch known as the “mini Blue Ridge Parkway”) wind through hardwood forests, across mountain ridges and alongside river gorges.

Joyce Kilmer Memorial Forest, near Robbinsville, preserves one of the largest stands of old-growth trees in the eastern United States. Part of Nantahala National Forest, it is a paradise for walkers, with trails that lead beneath giant trees, some more than 300 years old and 100 feet high. The largest tulip poplars exceed 20 feet in circumference and heights of 100 feet. At the center of an easy two-mile trail is a plaque commemorating Joyce Kilmer, a World War I hero and author of the famous poem “Trees.” (“I think that I shall never see/A poem lovely as a tree…”).

Covering more than 50,000 hilly acres in the Piedmont region of central North Carolina, Uwharrie is one of America’s smaller national forests. Its ecosystems are closely related to those of the Smoky and Blue Ridge ranges to the west, but the pine-forested mountains are significantly lower. 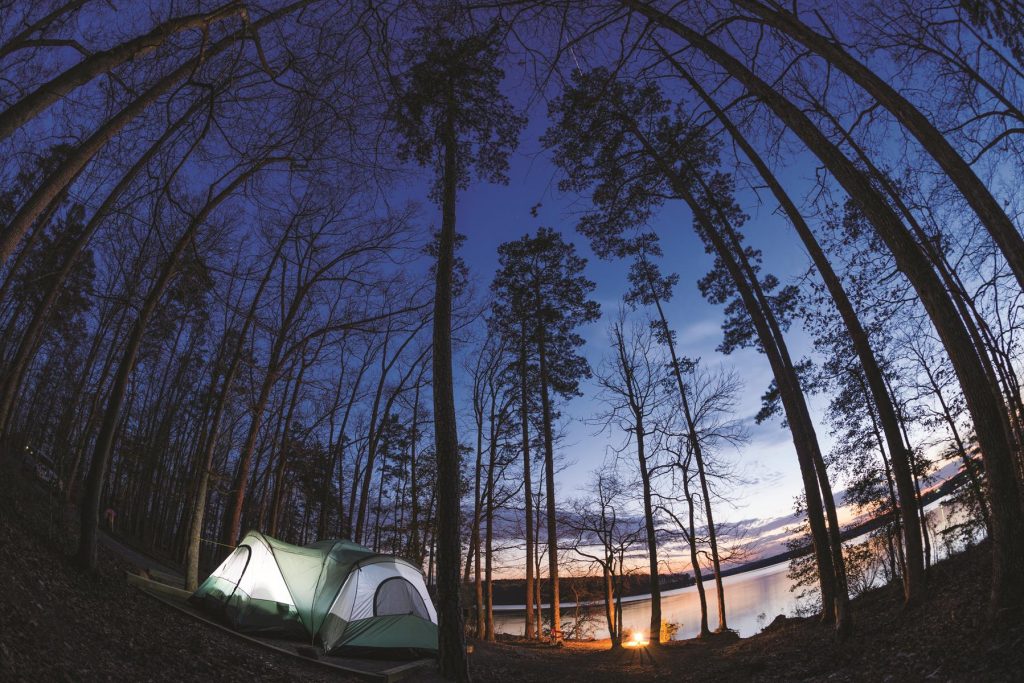 Situated east of Charlotte and south of Greensboro, the forest is traversed by the Uwharrie, Yadkin and Pee Dee rivers. Outfitters such as Uwharrie Hoof & Paddle offer canoe, kayak and stand-up paddleboard rentals. The Uwharrie River, with long pools of flat water and occasional Class I and II whitewater rapids, is ideal for beginners. Wildlife visible along the shores might include otter, deer, osprey, wild turkey and great blue heron. Badin Lake Recreation Area, on the western edge of the forest, has two large campgrounds and water activities like swimming, fishing, boating and paddle boarding.

Major hiking paths running through the forest include the 20-mile Uwharrie National Recreational Trail and 10-mile Dutchman’s Trail, both of which begin 10 miles west of Troy and are somewhat strenuous. Points of interest include old homesteads and graveyards. The short and easy Denson’s Creek Trail, a 2.3-mile loop, starts two miles east of Troy. Also available are mountain biking and equestrian trails, plus trails for dirt bikes, ATVs and four-wheel-drive vehicles. As home to the first large gold rush in the United States, the area abounds with mining history, and you’ll see ruins of old mines on today’s national forest land and in surrounding Montgomery County. Tourists enjoy panning for gold in the Uwharrie River and other streams, and Uwharrie Trails General Store in Troy has the needed supplies for amateur prospectors.

Located south of New Bern, the only true coastal national forest in the East consists mostly of pine and swamp hardwoods. Bordered on three sides by coastal rivers and the Bogue Sound, it contains saltwater estuaries, bogs, waterfowl nesting areas and public beaches. Visitor amenities are limited, but there are 40-site campgrounds with shower buildings at Neuse River/Flanners Beach (with two miles of bike trails) and Cedar Point recreation areas.

Alligator and osprey habitats can be seen along the White Oak River and other waterways. Wildlife watchers also may spot black bear, river otter, deer, bobcat, mink and the occasional bald eagle or falcon. Croatan National Forest is home to the carnivorous Venus fly-trap, which traps insects in its leaves and digests them.

The 100-mile, water-based Saltwater Adventure Trail, which nearly circumvents the forest, invites explorers to navigate the coastal tidelands. The forest has eight sites for launching a motor boat, canoe, kayak or stand-up paddle board. Great Lake, surrounded by centuries-old cypress trees, is a popular place to paddle, and there’s fishing for crappie, perch and bullhead. White Oak River Outfitters in Maysville rents canoes and kayaks and offers guided tours of area waters.

Hikers can sample the swampy wilderness on two loops of the Tideland National Recreation Trail, which features boardwalks and smooth gravel paths through forest and marsh areas. Interpretive signs tell the story of the landscape and how it is constantly changing. Benches along the way provide rest stops. Take time to watch the herds of fiddler crabs scuttling back and forth to the water’s edge.