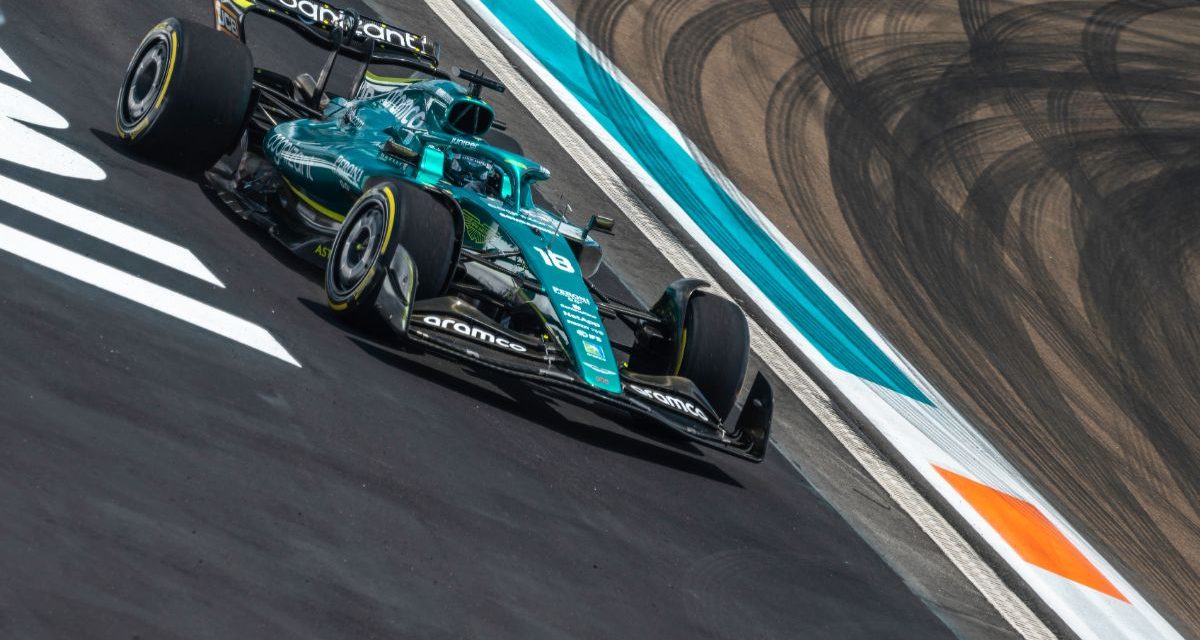 Formula 1 racing is one of the hottest sports in the world these days.
Until recently though, it had struggled to make an impact in the United States with only Austin, Texas having hosted an F1 race since 2007.

That seems to have changed this past May when the city of Miami made history with the 2022 Miami Grand Prix. It was the first time the state of Florida hosted an F1 race since 1959 and by all accounts, was an enormous success.
The event took place on a street track next to Hard Rock Stadium in Miami Gardens, home to the NFL’s Miami Dolphins. The 3.36 mile, 19-turn street circuit, called the Miami International Autodrome, saw cars reach speeds of 200 miles per hour with Belgian-Dutch driver Max Verstappen prevailing.

The buzz around the event was palpable for months as race fans geared up for this historic event. Once race weekend arrived, interest reached a fevered pitch as pre-sale tickets sold out in under an hour and all grandstand seats were gone days after becoming available. ESPN announced  the race’s live telecast recorded an average of 2.6 million U.S. viewers, the largest audience for a live F1 race broadcast on American television. The previous record for a live race telecast was the 1995 Brazilian Grand Prix on ESPN, which attracted 1.74 million viewers in the U.S. Hard Rock Stadium saw 242,955 fans come through over the three days with a record 85,280 on race day. This was the largest crowd on record for Hard Rock Stadium.

Another big event for Miami

The three-day event was a spectacle as the approximately $40 million venue built for the race featured a track containing a 24,000 square-foot man-made beach and marina with a pool, cabanas, bars and DJs. Fans attending the race enjoyed cuisine from around the world, open-air shopping and a variety of interactive activities. Celebrities from across the world flocked to the race, as such luminaries as Serena Williams, Tom Brady, Michael Jordan and Shaquille O’Neal were in attendance.

Hard Rock Stadium is no stranger at hosting major events as it has welcomed six Super Bowls, two World Series, the Miami Open, the 2021 College Football Playoff national championship and a variety of massive concerts including Beyoncé, Coldplay and U2.

A history of racing

Prior to F1’s arrival this year, Florida had already established itself as one of the premier racing states in the country. The Sunshine State has hosted racing events since 1903 and is home to such legendary tracks as the Daytona International Speedway and the Homestead-Miami Speedway.

Since opening in 1959, Daytona International Speedway has earned the nicknames the “Birthplace of Speed” and the “World Center of Racing.” It lays claim to arguably the most important and prestigious race on the NASCAR calendar, the Daytona 500. This 500-mile race is held annually at the famous speedway and is the first of two Cup races held every year at Daytona, the second being the Coke Zero Sugar 400. This oval course attracts the best in stock car, motorcycle, sports car and go-kart action and its grandstands seat 101,500 permanent seats with the ability to increase permanent seating to 125,000.

Homestead-Miami Speedway opened in 1995 and has promoted several series of racing including NASCAR, the IndyCar Series, the WeatherTech SportsCar Championship series and the Championship Cup Series.

The speedway is a 650-acre facility that features a 1.5-mile oval and 2.21-mile road course. It hosts on-track events nearly 300 days per year and generates more than $301 million annually for the region. In 2020, the Speedway commemorated its 25th anniversary of being the home of racing in South Florida.

With Florida’s long history of racing and its future looking bright, Formula 1 recently signed a 10-year deal in which it will hold annual championship races in Miami Gardens.

Which means the Sunshine State will be impressing auto enthusiasts and casual racing fans alike for years to come.