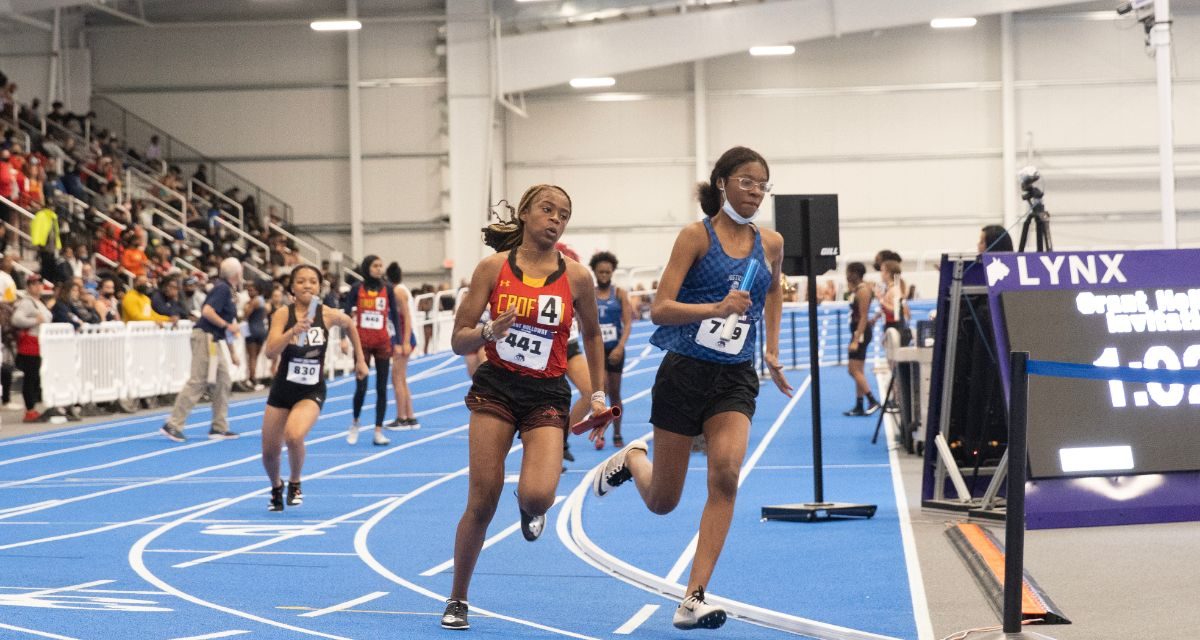 Throughout the Commonwealth, there are new additions to Virginia’s sports footprint while offering new options for planners.

With so many new and upcoming facilities joining the Virginia landscape, the sports scene in the Old Dominion State has never looked brighter. Here are some of the recent and upcoming developments:

Hampton’s proximity and heritage are tied to the Chesapeake Bay and the Atlantic Ocean which makes sense that this coastal community is home to one of the largest competitive aqua facilities in the Mid-Atlantic.

“The Hampton Virginia Aquaplex will have a great economic impact on the City of Hampton and the surrounding region. The facility will bring thousands of athletes and their families to Hampton to compete in multi-day events and stay in in area hotels,” said Mary Fugere, director of the Hampton Convention & Visitor Bureau.

Features of the new facility include an 8-lane 50-Meter Competition Pool with two moveable bulkheads, an 8-Lane 25-Yard Competition Programming and Warm-Up Pool, two 1-Meter Springboards for competitive diving and two-3-Meter Springboards for competitive diving. There are 1,500 elevated seats for spectator viewing and 750-Seats on-deck for competitors. There is a 2,300-square-foot Multipurpose Room and a Team Room with 1,270 square feet of space. On schedule for 2023 are the 2023 Colonial Athletic Association Men’s and Women’s Swimming and Diving Championships, 2023 Virginia High School League Class 5/6 Swimming and Diving Championships, 2023 U.S. Artistic Swimming Junior Olympics and the 2023 Swimming Short Course Age Group Championships.

A lineup of notable industry leaders will serve as speakers for the Inside Sports Conversation, The Evolution of the Sports Complex, Informative Sessions and sharing Round Tables.

Running simultaneously, the Collegiate Championship Symposium on December 5 caters to academic institutions and athletic conferences with emphasis on the process and opportunities for hosting collegiate sport championships. On December 6 and 7, Economic Development Corporations/Chambers of commerce, Government and Municipalities and Parks and Recreation are invited to register for a conference within a conference – US Sports Congress Economic Development & Sports Tourism Summit. For more information and registration visit ussportscongress.com.

U.S. Sports Congress 2022 will be headquartered at the Omni Richmond Hotel featuring luxurious amenities and exceptional service within the vibrant Shockoe Slip Historic District overlooking the James River. The US Congress networking outings are perfect for connecting with attendees and Richmond has rolled out the red carpet. The Golf Outing will feature Magnolia Green Golf Club in nearby Mosley. Transportation, Lunch, golf and cart are included. The Walking Foodie Tour is a 1.5-mile stroll through historic Church Hill neighborhood. You’ll need more than a mile and half to walk off the goodies in store for you. Spirits of Richmond Outing with its emphasis on libations includes, locally made cider, microbrews and a winery. Transportation, lunch, tours and samples are included. Tuk Tuk (motorized taxi) History Tour shows off much of Richmond’s contributions to our nation. Lunch is included and your tour will feature the Virginia State Capital, St. John’s church, site of the “Give Me Liberty or Give Me Death” and Monument Avenue. There are a few facility tours in the works with a hard hat tour of the Henrico Sports & Entertainment Center confirmed.

Patriot Park North a 67-acre facility in Fairfax, Virginia is under construction. When completed it will feature four 90-foot turf diamonds, lighted and adjustable to 70’, 60’ and 50’ with fences of 375-feet. The diamonds will be in a wagon wheel configuration. There will be two turf 70-foot diamonds lighted and adjustable to 60’ and 50’ with 225 feet fences. Each field will have portable mounds, bullpens, batting cages, scoreboards and press box. There will also be a lookout tower for scouting. Concession stands, picnic pavilion, restrooms and playground round out the amenities.

Work continues on the 115,166 continuous-square-foot event space with the opening planned for September 2023. The new venue will offer 12 NCAA basketball courts and 24 volleyball courts. The equipment is state-of-the-art ceiling-mounted allowing for rapid changes. A championship/convocation venue-seats 3,500-plus. There will be four Team Meeting Rooms and two Team Rooms with shower areas. The coach’s room will be adjacent to the mezzanine viewing area.

Pickleball has a new home in Virginia Beach. Converted from a former tennis facility, this new venue has 25 courts with 20 more completing renovations. The facility spans 14 acres and includes a Pro Shop and locker rooms with showers. It hosts a variety of year-round tournaments.

In mid-March, the United States Tennis Association Mid-Atlantic Section (USTA MAS) announced plans to build a state-of-the-art 36-court tennis campus. In addition to community-based tennis and outreach, USTA MAS anticipates the tennis campus will be a top venue to draw regional, national and international events that will engage fans and players from around the country and beyond. The organization anticipates hosting 50 annual events after the anticipated grand opening in 2025.

Opened October 2020, Virginia Beach Sports Center proves how much impact the facility has on Virginia Beach. A major track Virginia Showcase attracted some of the best competitors in U.S.A and international. The AAU indoor championship 18 & under attracted 2,500 athletes with plans to expand to 3,500. Hoop Scene Grassroots Basketball Summer Championship brought 4,000 athletes and 27 college coaches during the four-day event. There are significant NCAA National Indoor Championships scheduled: 2023 D2, 2024 D3 and 2025 D1. To gain a feel for the banked track prior to the NCAA Championships, Collegiate Conference Championships are planned for MEAC, CAA, A-10 and Invitational Events.