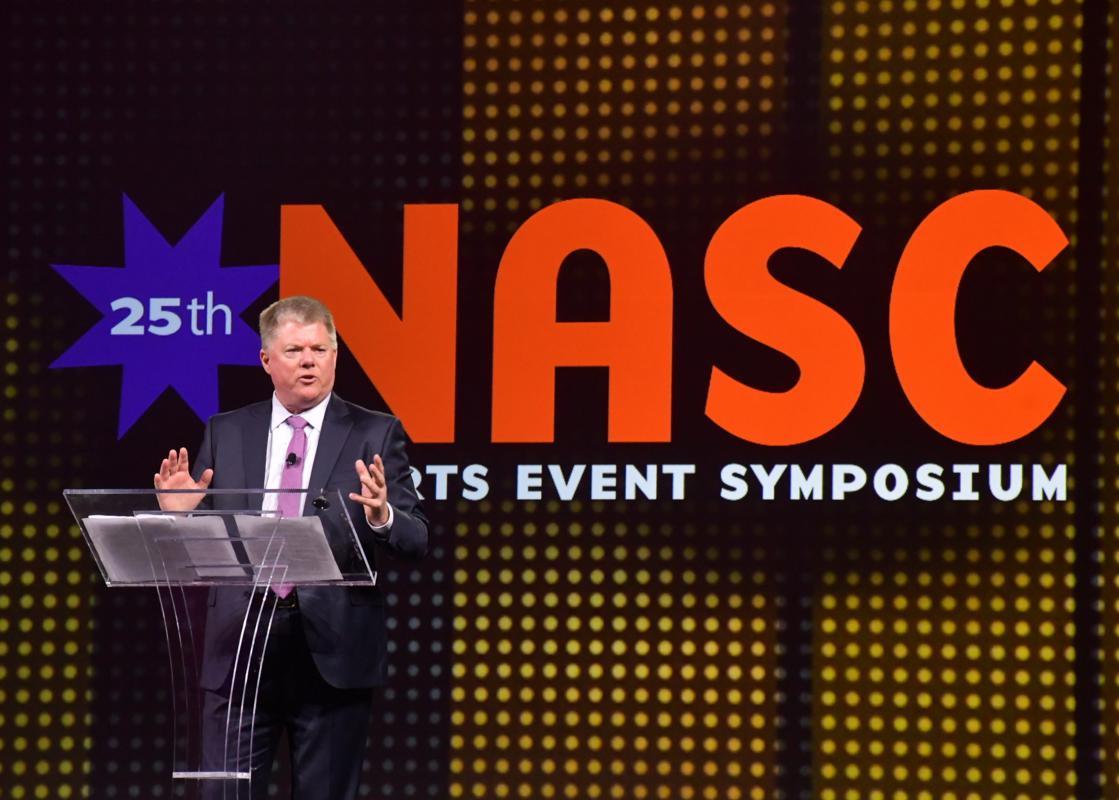 Sports Planning Guide: Talk about that initial reception that you received at the NASC symposium in Sacramento?

Al Kidd: It was interesting. I met about 400 people during the 2017 Symposium. In my first speech, I had a few key messages that I wanted to get out. First, I wanted to tell them that a lot of changes were coming. So as I’m standing there, I thought, “You know what? I’m going to call this NASC 2.0.” That term came out, and it’s a term I had heard referenced over and over as I traveled after the event. It’s an elegant way of saying 1.0 was out there, and now 2.0 is coming. It is an often-used metaphor in technology that people automatically associate with improvements and changes. 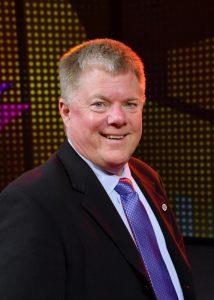 SPG: In an organization like NASC, which was under the same leadership for nearly three decades, how has the transition been under your leadership?

AK: It has been very supportive on several fronts. I have found a pent-up demand by all membership wanting change. I just put my nose to the grindstone and I started making calls to people and methodically going through members and future supporters. The first thing I had to do was reorganize the staff, and I put them all in vertical lanes, so it took a little while to break some of the habits. But guess what? The efficiency went through the roof.

SPG: What issues immediately rose to the surface?

AK: I’m a data decision-maker, so I started by asking questions: what’s our market share in terms of sports commissions, how many out there, how many do we have, how many are still opportunities? I learned that only 14 percent of our membership was sports commissions. I thought hmm, all of our educational content, our symposium, our publications are all sports commissions. Second, 60 percent of the individual member turnover is in the first three years. That makes sense. This is a young person’s job in all due respect. They come into sales, they work in DMOs and then they move along. That says to me every three years we’ll have a brand new group of people to train.

SPG: How do you see you NASC changing?

AK: We’re going to come up with a new name and expand the brand initiatives to serve all members. We’ve got a new mission, new vision, new purpose, new values, new beliefs. It’s all coming. You’ll see it starting this fall and everything will roll out after that. For instance, we do a pretty good event. If you accept that as a premise, why don’t we do more of them? So we’re going to do a lot
more meetings and events around topical areas and we’ll have subassociations to address areas of our membership that are growing rapidly, such as sports facilities.

SPG: What’s your take on the current pace of facility expansion?

AK: Right now, the big drivers are the economics of what either their aspirational or realistic goals are, so most markets will be successful at a certain level attracting regional tournaments and incremental tax revenues. If they’re not focused solely on heads and beds, these facilities will be able to draw local tournaments and keep their facilities well to capacity.There’s a lot of guys who say that we’re at a tipping point. I don’t believethat. There’s markets are looking for a tax driver, an economic impact driver for the local economy and a way to better serve their local communities. You want to try to maximize use of facilities. That’s been the age-old problem since I was born, that everybody was trying to get maximum use out of an asset. That’s no different today. Every state and most of these cities have opportunities to build something. Now, depending on if the city owns it or if it’s a private owner, will determine how aggressive they’re going to pursue events and activities, but right now I think we’re still in the upsurge.

SPG: As the association seeks to expand, how do you ensure current members aren’t left behind?

AK: There is a natural evolution towards bigger markets. It doesn’t necessarily have to be that way. When I looked at our membership, one thing that we haven’t done good enough job with is providing services and value to all levels and types of memberships.

We’ve changed what we used to call our market segment meetings to what we now call a 4S summit—Sales, Sponsorship, Service and Strategy. This year in Detroit we’re going to use some of the Detroit professional teams and collegiate people to talk about each of those areas. We are going to talk about service. We have tremendous technology speakers to augment event analysis, a video service and one on sponsorship measurement around social media engagement. So it’s really a higher level of content delivery around all four of those topical areas.

The formation of this educational initiative called the Sport Tourism Learning Institute, has been met with open arms and excitement. The proof will be in the pudding once we start taking non-members in, but it’s going to happen. We have to. We can’t live on the small number of members that we have. It will be a cost center unless we diversify and broaden our appeal. 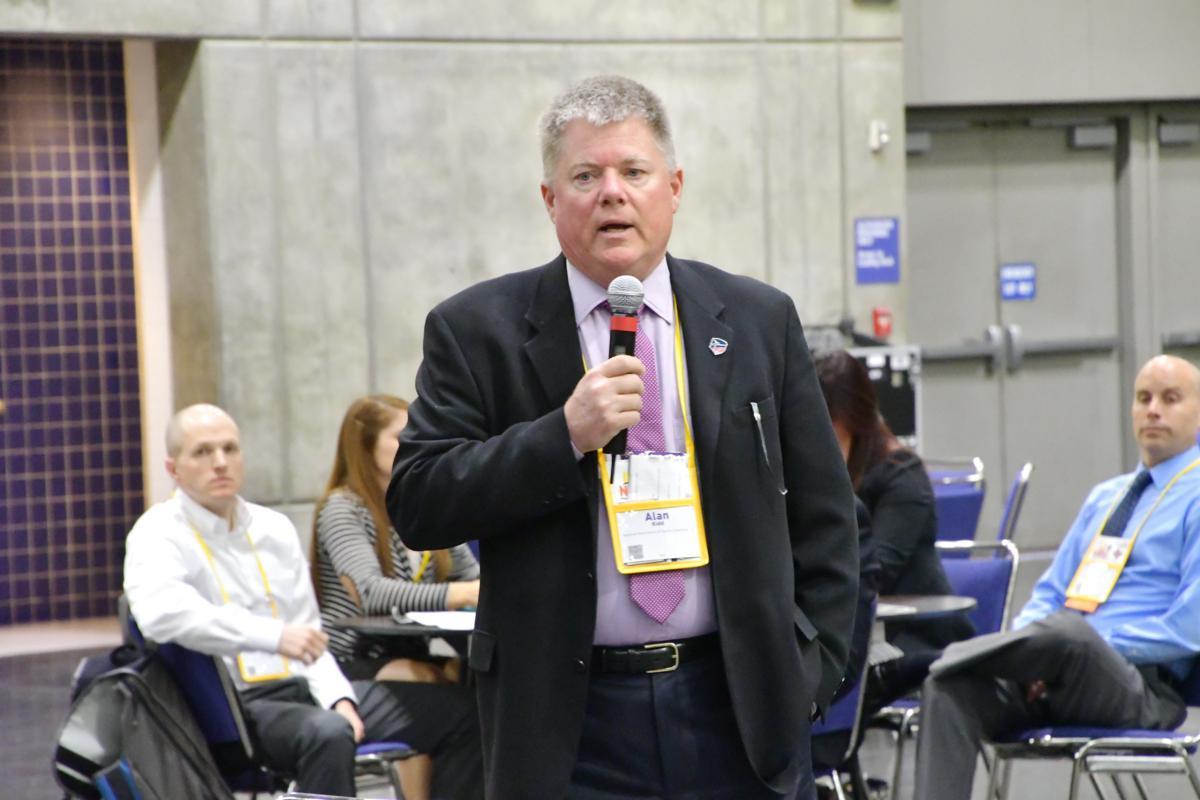 SPG: Where else do you drive revenue?

AK: There’s going to be four pillars of excellence. Education is one—any trade association should be a leader in education. The second is advocacy. The third is resources—we should be providing publications, research, tools, things that help our members do a better job. And the fourth pillar is networking— any good trade association does a very good job of connecting their members.

A lot of times the not-for-profits are allergic to the word revenue. I’m not. I ran a not-for-profit in San Diego and we talked about revenue all the time because guess what? That revenue went back into resources that became value chain enhancers to our members that helped us grow and sustain relevance.

SPG: Where do you see new members coming from?

AK: Facilities and rights holders. We need to do a better job explaining some values and why they belong and why they should be associated with our members. There’s also a whole raft of opportunities for companies that are affiliated and associated with sports events and sports activities.

One of the things we did early on was to produce an inventory of our assets. We’ve been spending time really refining what are the assets that we have to offer and what are the ones we need to create so we can actually bifurcate sponsorships.

Right now, all sponsorships have been centered around the symposium or an event. That’s a tough sell. When you’re talking about the reach
that you get with one-time frequency, you end up packaging with it the little bit of an asset that you have around advertising or plugging the logo somewhere. Those days are long gone. We’re now starting to bundle our packaging around creating value and changing the cost of the sponsorships so that they can actually start to measure them.

SPG: Fast forward out three years. What do you hope to have accomplished with NASC?

AK: I think on an aspirational goal I would hope that we are the go-to people for anything national sport tourism-related in the country. That means that we’ve earned the respect of all the constituents that make up the marketplace, from rights holders to the partners that help put the events on, to events people, to our peers in tourism who respect what we do and see the value of what we’re doing. There’s a pent-up belief that sports is a panacea of opportunity. I think there are opportunities, but I don’t know how lucrative they are. It’s certainly a spot that every market should be looking at.

The first thing is, I would really like for us to be considered relevant when it comes to issues in the country around sports. That could include things like putting physical fitness back in the schools. Things that generate long-term  relationships with youth around sports are important to this organization. They may not look at it that way because most people are focused on the big events and tourism. But if you look long-term, if we don’t have robust youth sports and robust educational programs that generate interest, the quality of the people coming into this business is going to be mediocre.

The second thing is, I want all of our members to feel like we’re providing value. I hope to be able to include more of the sport tourism value
chain in three years. We’ll serve a wider swath. It could mean that we’ll have sub-associations of vertical interests like facilities, like women, like minorities, professional sports. There are others, like international. I think we have to keep our eyes open and serve a wider audience of people with a deeper set of values and knowledge. We bring sports to life. It’s really that simple. And so we need to be able to be sensitive to economic issues, to political issues, and we want to be able to stand up and contribute to the sports events and the sport tourism industry. We have to earn it, it’s not handed to you