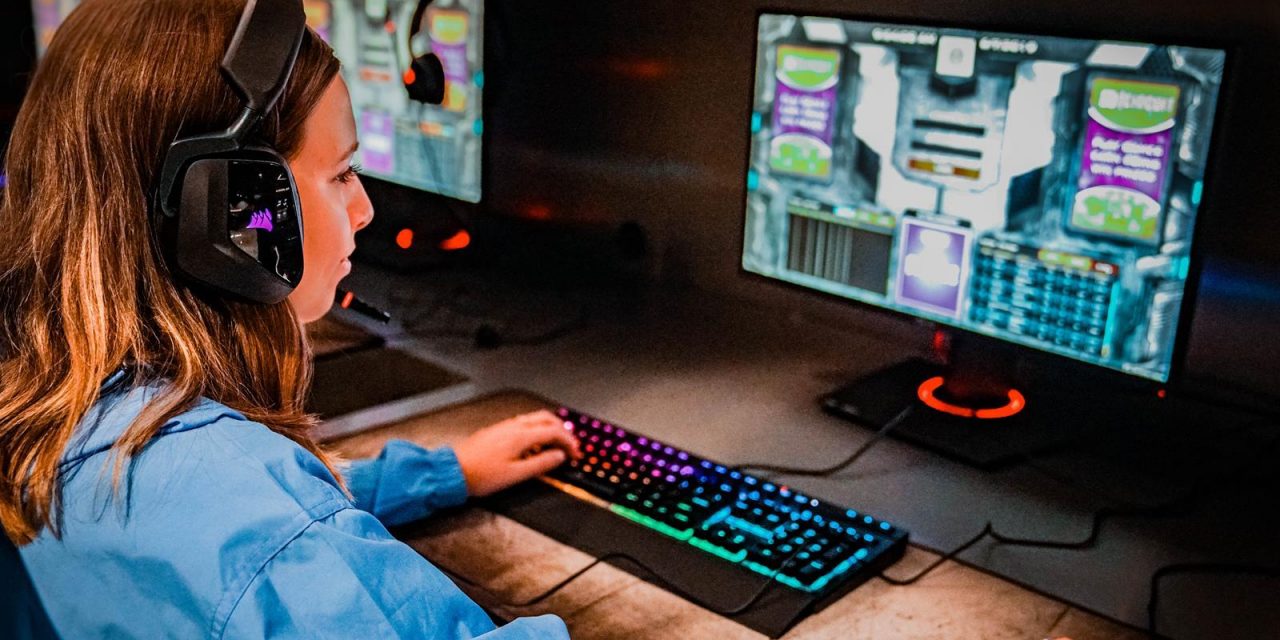 As the world begins to come out of lockdown, video games and esports go into overdrive

The COVID-19 pandemic has been a global disruption that has profoundly affected the sports industry worldwide. To tackle the distraction of the coronavirus, a variety of online streaming contents and services have provided social connections and engagements between spectators, players and the general population.

As part of the efforts to prevent people from attending in-person events or gatherings, stay-at-home digital activity is a considerably safer alternative for consumers.

The popularity of online gaming boosted rapidly among consumers during the crisis. With traditional events being placed on hold over social distancing concerns, gaming and esports have become a significant tool for social connections.

As more consumers across the United States continue to play video games under stay-at-home orders, the gaming industry has seen a massive surge in user engagement and in the time spent in online gaming across multiple platforms. The NPD Group, a market research firm that tracks the data of sales and trends in the video game industry, discovered the average time spent playing video games has amounted to 14 hours per week, compared to 12 hours per week in 2018.

“Video games are one of the primary ways friends and family are staying connected through a difficult time,” Mat Piscatella, video games industry analyst at NPD Group, said. “The growth in both the number of players across all gaming segments, as well as time spent gaming or watching gaming-related content, reflects the variety and depth of gaming experiences available regardless of device preference, gaming interests or budget.”

The firm also declared that consumer spending on video game products reached a new record of $11.6 billion between April and June, representing an increase of 7 percent and exceeding a previous record of $10.9 billion from January through March. Consumers have spent their money on products, including content, hardware (Nintendo Switch, PlayStation 4 and Xbox One), and accessories (gamepads, headsets, steering wheels and other peripherals).

The sports industry might incur loss from ticket sales, merchandise and television networks, but esports is attempting to make up for those losses.

The shelter-in-place orders issued by the local government has led to a major acceleration in the usage of interactive gaming across the globe. Instead of hosting events at indoor facilities where the coronavirus could potentially be transmitted between individuals through droplets, esports organizers opted to operate an online format that would enable players to participate in competition while maintaining their safety at home.

In the absence of live games and crowds, professional athletes and teams from the NBA, NFL, MLB and other major sports leagues made an essential transition to esports aiming to increase interaction and engagement with obsessed fans through participation in remote competitions. So are numerous educational institutions — mainly in high schools and colleges — that were also actively hosting remote esports tournaments to provide engagement and competition for participants.

The sports television industry in the U.S. has faced approximately $2.2 billion revenue shortfalls due to coronavirus outbreaks that led to the cancellation or postponement of live major sporting events this past year. With the television outlets exploring alternatives to accommodate event programming, sports broadcasters organized televised esports competitions to lure audiences across digital content and services.

While television networks placed broadcasts for traditional events on hold, sports broadcasters were able to display live esports tournaments through major cable networks such as ESPN, NBC Sports and Fox Sports. Impressively, NASCAR was listed as the most watched esports TV event in history, with the eNASCAR IRacing Pro Invitational Series race appealing to 1.3 viewers across Fox Sports and FS1.

As sports leagues utilized digital services to serve its fanbase, the NBA, the NBA Player Association and the video game publisher Take-Two Interactive and 2K studios teamed up with ESPN to televise competitive gaming tournaments. Moreover, the NFL also collaborated with the Disney-owned sports network (and Fox Sports) to broadcast the Madden NFL 20 Tournament as part of their effort to engage with its fans across social and digital platforms.

With sports leagues looking to return to normalcy in 2021, they still face the problem of a lack of the fan in attendance. According to ESPN polls, 65 percent of fans aged 18 and older wanted to watch sports on television as much as they could rather than waiting for in-attendance sports to resume, which again opens the door for esports to thrive in 2021 and beyond.

Video games have become a necessity in some aspects of children and adults’ lives. While 65 percent of Americans participate in gaming to connect with other people, the majority of respondents to the Entertainment Software Association (ESA) survey said they leveraged video games as a tool to provide mental stimulation and relaxation in mental health and wellbeing settings.

“People are using video games to cope with loneliness, depression, anxiety, and even potentially addictions,” said clinical psychologist Aimee Daramus. “Video games take up so much of your attention that they can push your anxieties away for a while.”

Even the World Health Organization (WHO), which once regarded video game addiction as an official health mental disorder, acknowledged that gaming offers effective ways to foster connections with family, friends or strangers while social distancing at home. As a result, WHO teamed up with major gaming companies in April to launch the creation of #PlayApartTogether, an initiative that urges participants across the globe to engage in digital or gaming activities.

With the goal of enhancing community engagement, gaming and esports organizations established fundraising and live-stream tournaments as part of their efforts to create a sense of unity as well as to raise money to support COVID-19 relief efforts. Esports organization Cloud9 partners with healthcare company Kaiser Permanente to launch Presence of Mind, an initiative intended to raise awareness, engage in conversations with teens and young adults, and reduce stigma about mental health within the gaming community.

While esports organizations face the future times of uncertainty, participation in a competitive gaming while social distancing at home has become more socially acceptable and the new normal for sports event planners at professional or collegiate levels. As online socialization players and fans has roared, it’s likely that the social gaming at home will continue in a remote setting in the post COVID-19.

After many months of closure due to COVID-19, an esports organization aims to return to the normality by hosting an in-person event in the future. Collegiate Sports Management Group (CSMG) will reportedly host the first Collegiate Esports National Championship that will take place through April 29, 2021 through May 2, 2021 at the Raleigh Convention Center in Raleigh, North Carolina. CSMG will incorporate partnership and sponsorships as a tool to increase the audience engagement.

“CSMG will drive engagement through our sponsorships and strategic partnership,” Neil Malvone, executive vice president of Esports and Strategic Partnership, said. “We will also engage with the local community by creating relationships with local businesses, local high schools and colleges and with local attractions.”

In conjunction with the team at Greater Raleigh Esports Local Organizing Committee (GRELOC), the New York-based sports business firm, Malvone said, has set forth a plan for players and fans in attendance at the tournaments safely.

“CSMG takes the health of our fans, participants, sponsors and spectators very seriously, Malvone said. “COVID-19 has had a significant impact on gaming competitions. We will continue to keep safety first in all of our plans. We are certainly hopeful by April 2021 we will be able to host this event in person at the Raleigh Convention Center.”

Seeking a long road to recovery from the COVID-19, CSMG hosted the Esports Summit this past summer, called The Importance of College Esports in a Post-Coronavirus World, where panelists provided discussions and insights regarding business strategies, new initiatives and the future of esports for high school and collegiate esports.

Analysis had estimated that consumer spending on interactive entertainment would increase revenue of online gaming worldwide.

As video games have gained popularity among consumers more than ever before, the industry is anticipated to generate revenue of $159 billion in 2020 and is believed to be valued at more than $200 billion in 2023, according to global games and esports analytics firm Newzoo. However, due to the hiatus of in-arena esports events across the nation, which mostly contributed to the lower revenue from sales and merchandise, the firm made a recent adjustment of the esports revenue, which decreased from an estimated $1 billion to $950 million in 2020.

As the COVID-19 pandemic continues to evolve and traditional sports leagues struggle to cope with the new normal, esports have managed to thrive and the future looks bright.