Premier Indoor Arenas of the West 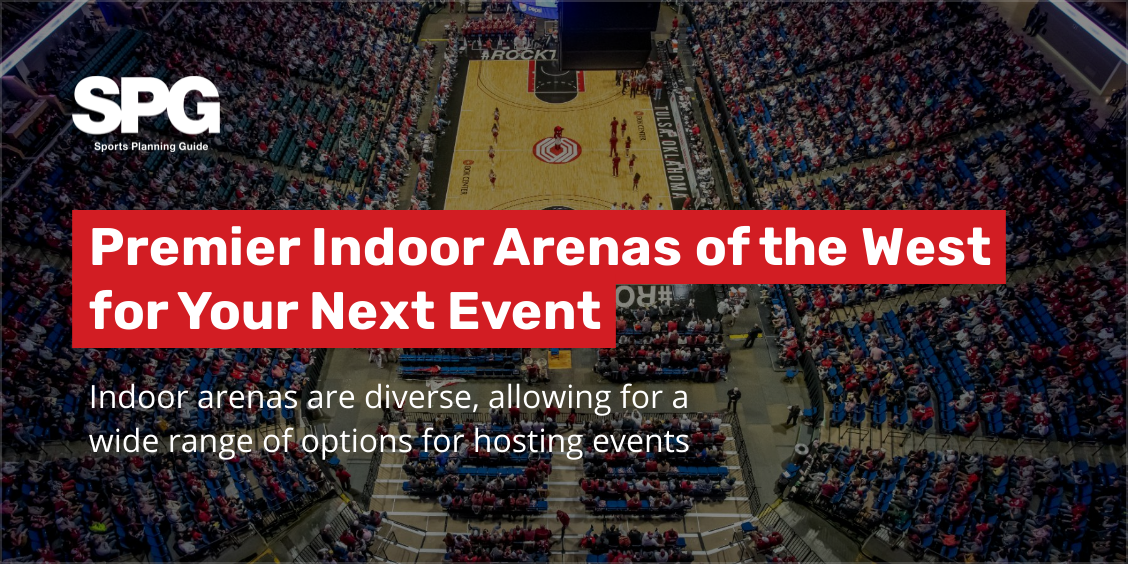 Indoor arenas are diverse, allowing for a wide range of options for hosting events

From the dry deserts of Arizona to the marine climate of the Cascades region, the range of environments in the western United States vary drastically. Depending on the time of year, outdoor sports events can be difficult to pull off, which is why indoor arenas play such a crucial role for urban economy. With a range from large to small to meet every event planner’s needs, SPG breaks it down to seven premier indoor arenas of the west. 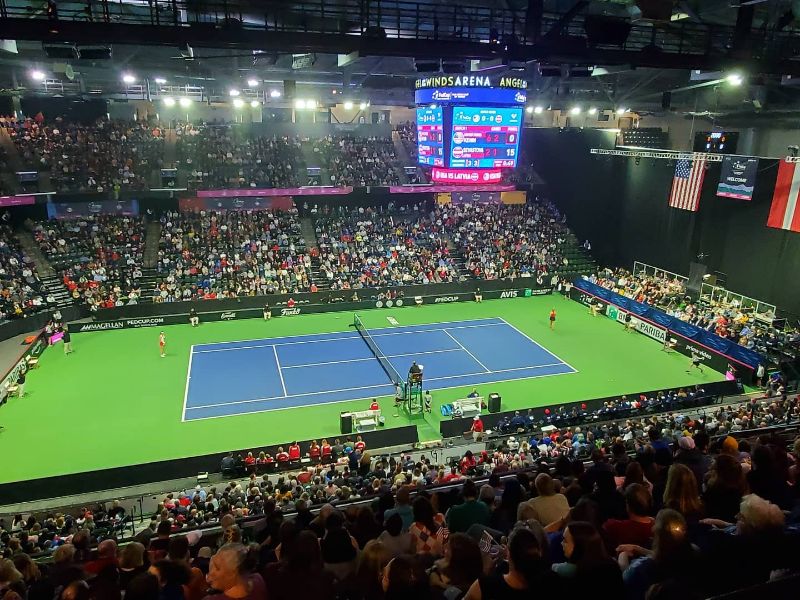 2020 Fed Cup action at Angel of the Winds Arena.

Not far from the beautiful Possession Sound, Angel of the Winds Arena is an indoor sporting gem in Snohomish County. The 10,000-seat multi-purpose arena features multiple configuration options for an array of sports. Two NHL-ice sheets are located within, which can be converted into 57,000-square-feet for special events and niche sports that require much larger spaces.

Not only is Angel of the Winds Arena home to the Silvertips of the WHL, it also regularly hosts many other major sporting events such as a Billie Jean King Cup qualifier and 2022 Unleash the Beast Series. The arena is conveniently located near I-5 for those traveling north or south. The closest airport for long distance travelers is nearby Paine Airport with Seattle-Tacoma International also an option about 50 minutes south. 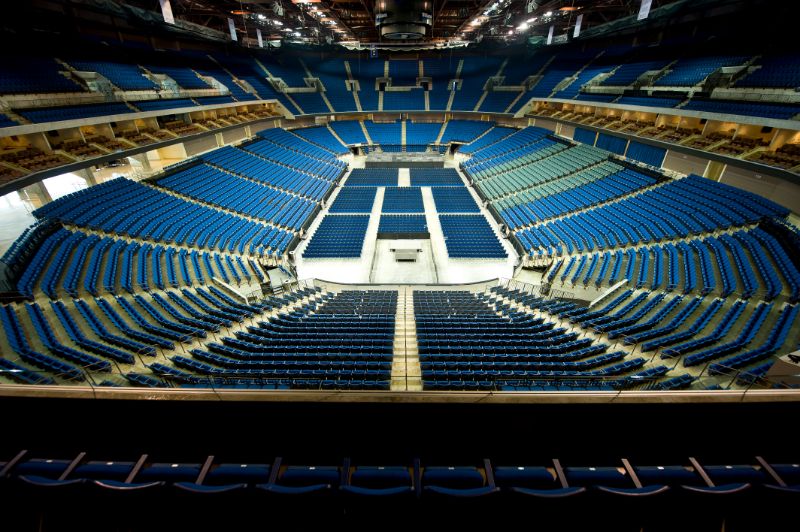 Located in Tulsa, the BOK (Bank of Oklahoma) Center is a 19,199-seat indoor arena, built to accommodate sports like arena football, basketball, hockey and more. At three levels, BOK Center features a long HD ribbon screen that wraps around the interior and a 30-by-33-foot center-hung scoreboard. The second floor of the arena is an exclusive carpeted level with a complete bar, press areas and 37 luxury suites.

In addition to being the home of the ECHL’s Tulsa Oilers, BOK Center has hosted numerous major sports events. Some of these events include the NCAA Men’s Division I Basketball Championship and Thunder NBA pre-season games. BOK Center is at the heart of Downtown Tulsa and easy to get to via I-244. The nearest airport for out-of-town travelers is Tulsa International, which is less than 15 minutes away. 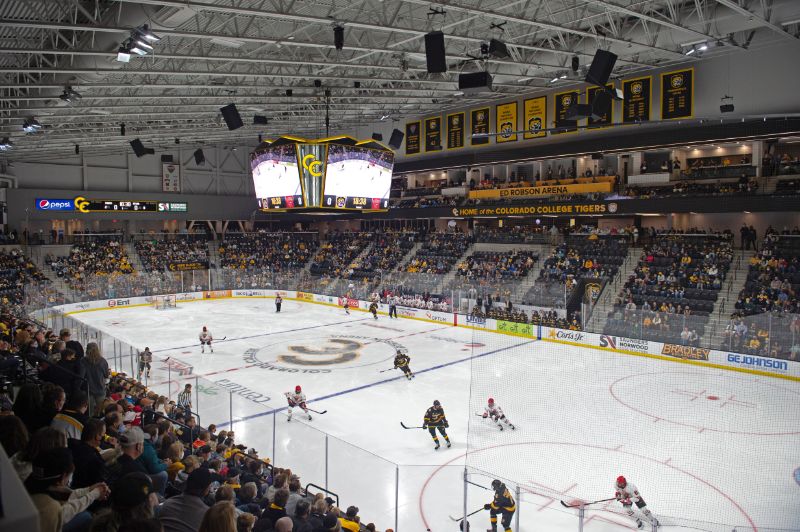 Ed Robson Arena of Colorado Springs is the home to the Colorado College hockey team. Although the arena was built with ice hockey in mind, it is more than capable of accommodating many other sports like wrestling and volleyball. This state-of-the-art arena may be on the smaller side with 3,400 seats, and room to add 650 more, but its flexibility and sustainability make it a top choice for multiple sporting events and tournaments.

In addition to premier college hockey, Ed Robson Arena also accommodates Olympic-related events, youth sports, camps and more. The arena is conveniently located in Downtown Colorado Springs, close to I-25. For those traveling from afar, Colorado Springs Airport is only 20 minutes away.

Built within the sporting epicenter of Phoenix, Footprint Center is a multi-purpose arena with a grand 30-year history of hosting events. Opened in 1992, the arena has since seen two renovations, with the most recent in 2020 adding clubs, suites, premium seating, themed bars and more. The new center-hung scoreboard is six times larger than the previous one. In addition, the arena now features a state-of-the-art sound system and LED lighting.

Footprint Center has a capacity of 16,645 and is more than capable of hosting any major indoor sporting event. In addition to the NBA’s Suns and WNBA’s Mercury, it’s also home to IFL arena football side the Rattlers. Getting to the arena is easy as it’s located close to the I-10 Papago Freeway. Phoenix-Mesa Gateway Airport is roughly 40 minutes away for out-of-state travelers. 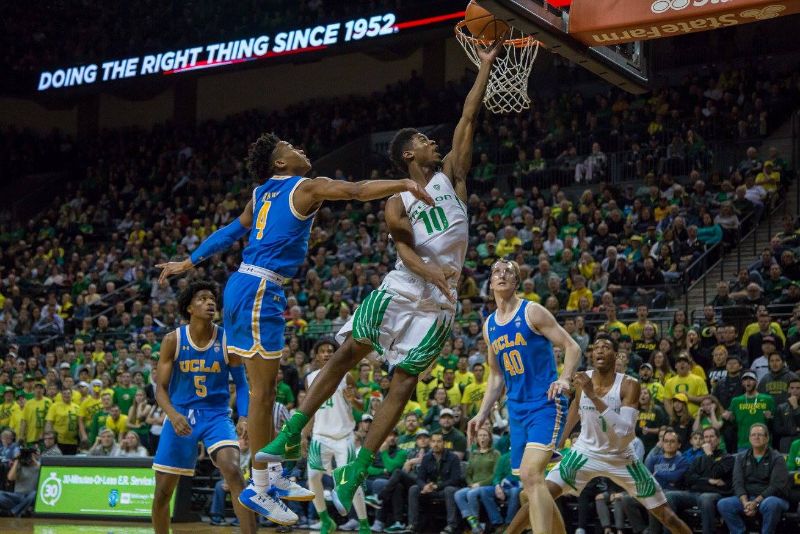 Located in Eugene, Matthew Knight Arena (MKA) is the home of University of Oregon basketball. The arena has a seating capacity of 12,364, featuring a center-hung scoreboard and four 20-by-12 foot HD LED monitors. MKA’s court has unique repeating tree line silhouettes which give the impression of being “Lost in the Woods” and gazing towards the sky.

MKA is also one of the first Leadership in Energy and Environmental Design (LEED) Gold certified arenas in the NCAA. The multi-purpose arena also plays host to a number of other sports such as gymnastics and volleyball, as well as non-sporting events. To get there, I-5 is the quickest route. Eugene Airport is also close by at roughly a 20-minute drive. 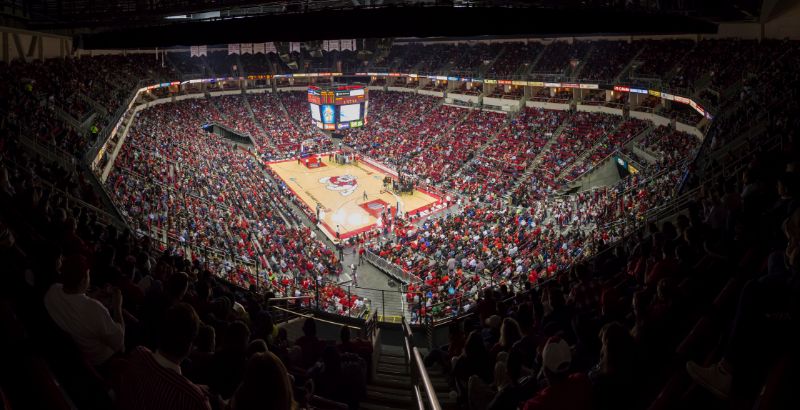 The crowd is pumped up for basketball at Save Mart Center.

Home to the Fresno State Bulldogs men’s and women’s basketball teams, Save Mart Center is a premier multi-sport arena in Fresno County. The 15,596-seat arena not only hosts basketball, it also accommodates for an array of other sports like volleyball and wrestling. Located on the main concourse level are 32 revenue-generating suites and eight party suites.

In recent years, Save Mart Center has played host to the West Regional of the NCAA Division I Women’s Basketball Tournament. Mixed martial arts events and NHL pre-season games have also taken place. Getting to the arena is easy with Route 168 being a direct shot. The nearest airport is Fresno Yosemite International, which is only around a 12-minute drive.

Opened in 2008, Toyota Arena of Ontario is a premier multi-purpose indoor arena and the home of the Clippers’ G-League team as well as the Reign of the AHL. Full capacity for this modern venue stands at 11,089 spectators, with 9,500 fixed seats and different configurations available depending on the sport. Across its two levels, the arena features 36 luxury suites.

In addition to hosting minor league sports teams, Toyota Arena has hosted a number of fighting sports including MMA. Sports entertainment and pro wrestling are also major players. Toyota Arena is easy to get to from just about anywhere in California as it’s located at the crossing of I-10 and I-15. Ontario International Airport is only roughly 10 minutes away.