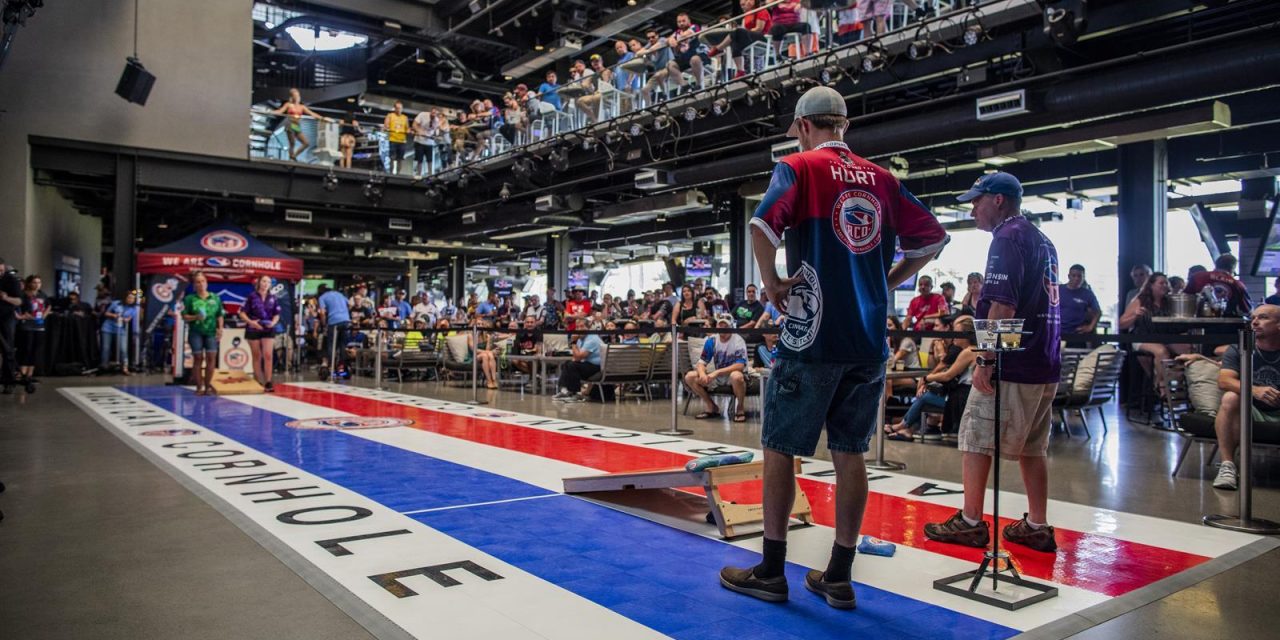 Nontraditional sporting favorites expand their reach across the country, aided by the digital world.

Once considered too small or too obscure, the world of nontraditional sports has continued to rise into mainstream public opinion and thought. Passionate participants and growing and dedicated fan bases have led the charge in that rise in activity by making both big and small investments. These actions have expanded the universe of nontraditional favorites such as esports, pickleball, cornhole and rugby. Add to the mix the exposure explosion made possible by digital and social media platforms, and the growth is even more undeniable for sports once relegated to the neighborhood park or tailgating festivities.

‘E’ is for everywhere with esports

With 2019 forecasted as the biggest year for esports revenue ever – Newzoo’s fifth-annual Global Esports Market Report estimates it will top $1 billion – it’s easy to understand why competitive video gaming leagues and tournaments might no longer fit the mold of a nontraditional sport. With a prominent TV and online presence and arena-packing events putting fans in seats around the United States and the world, Newzoo pegged the esports audience at 454 million consumers in 2019.

The research firm projects that number swelling by another 200 million by 2022. “Esports’ impressive audience and viewership growth is a direct result of an engaging viewership experience untethered to traditional media,” Newzoo CEO Peter Warman stated in a preview of the report. 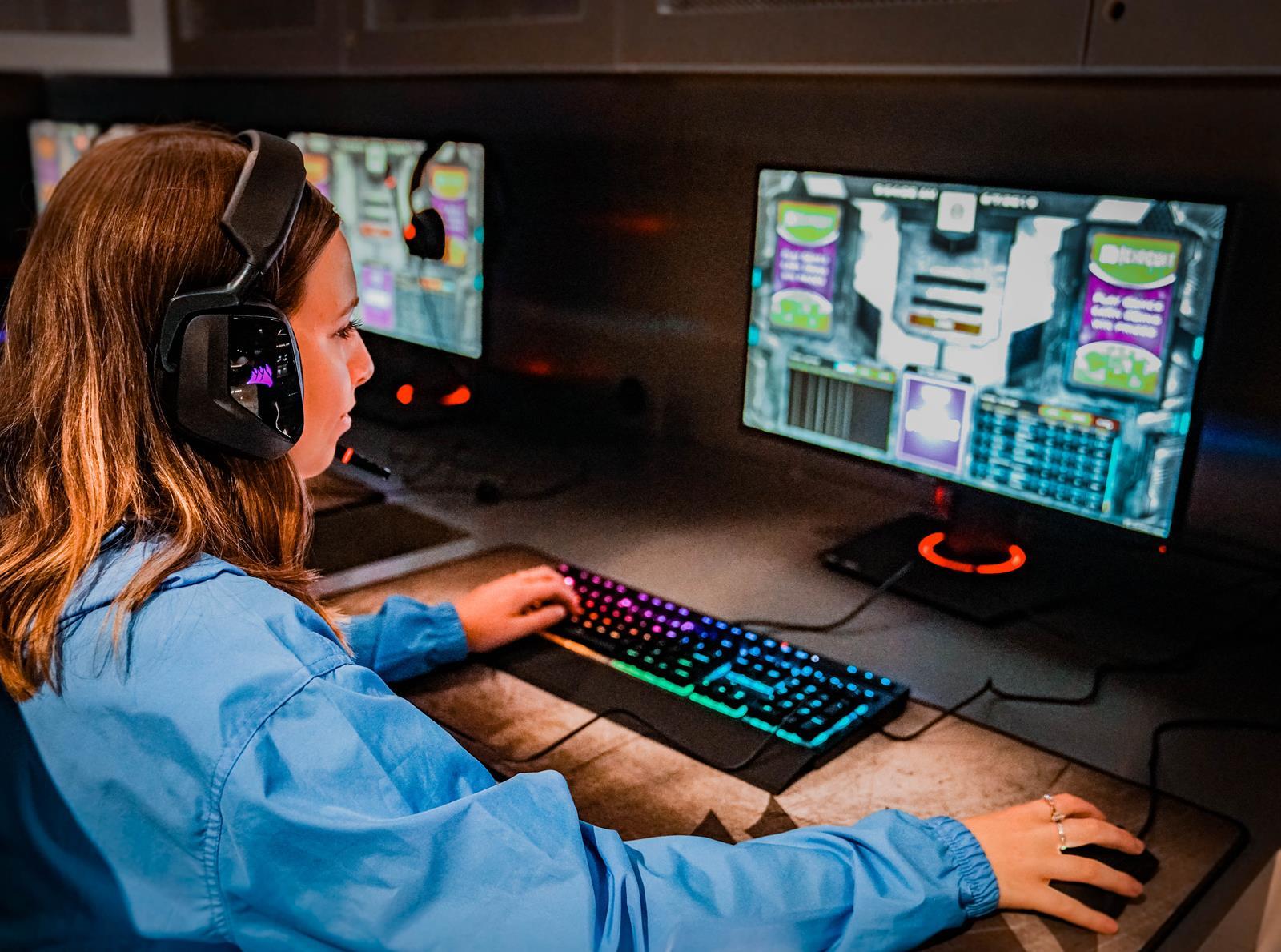 To accommodate those audiences, investments in esports-dedicated facilities continue to pour in, highlighting another sign of the sport’s staying power. Fusion Arena, a $50 million, 3,500-seat esports and entertainment venue in Philadelphia, is slated to open in 2021 as the home to the city’s Overwatch League franchise. Once complete, Fusion Arena will join the likes of Esports Arena Orange County, Esports Arena Oakland and the Esports Arena Las Vegas inside the Luxor among the crop of dynamic stadiums dedicated to the competitive gaming experience.

“Anyone can play and anyone can win.” That’s the slogan of the American Cornhole League, which touts itself as promoting the sport as suitable for players of any age and skill level. The organization offers multiple competitive levels, from the Pro Series that features prize money and exposure on ESPN to the Juniors Series in which players can earn college scholarship money.

With a Facebook following that tops 70,000 and approximately 2,000 YouTube subscribers, the ACL is keeping fans engaged digitally as it tours the country for various tournaments with cash prizes. The ACL recently relaunched its digital network, which gives subscribers access to an archive of full matches and premium coverage of national and world-championship tournament action. 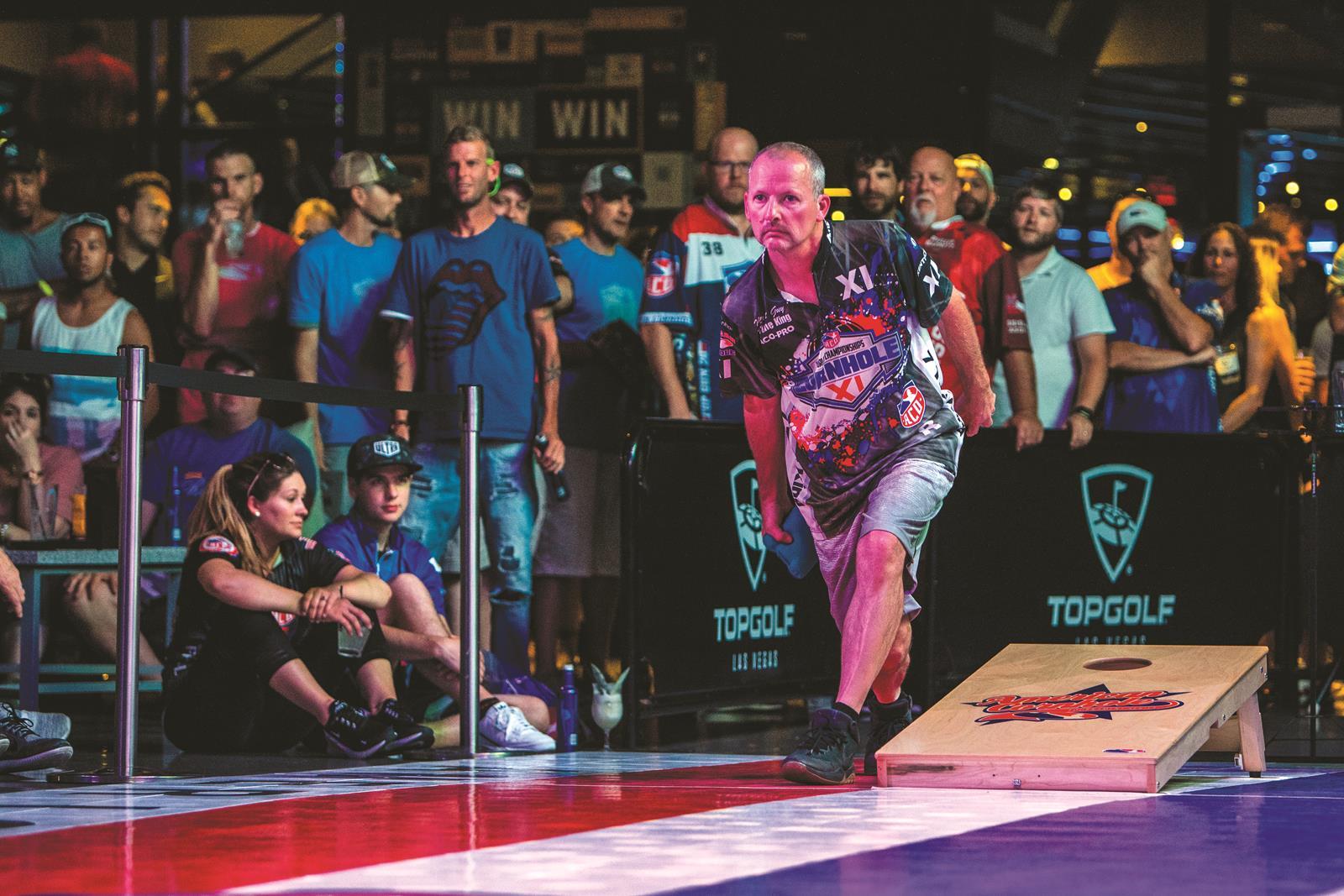 The ACL season included national competitions in Arizona, Connecticut and Missouri and culminated in a prize pool featuring $180,000 up for grabs during the 2019 World Championships, which were held at the Valley Forge Casino in Pennsylvania. Equally, American Cornhole Organization is experiencing its 15th consecutive year of growth. Certified Officials, individuals accredited with running regional cornhole tournaments, saw two new states enter the fold this year, with 96 different groups and 33 states now represented, plus international chapters in Canada, Brazil, Australia and Germany.

At this year’s World Championships in Las Vegas, ACO partnered with Top Golf for a unique center court final, while regionals events have seen a spike in participation up to 50% due to non-traditional venues that attract an audience. ACO continues to flourish with a digital network (wearecornhole.com), a podcast series of its own and a social media footprint that includes 1,400 YouTube subscribers and 41,000 Facebook followers. The ACO has also launched its own fantasy league with a mobile-first platform and growing user base, and plans are underway for a made-for-TV series.

With fired-up tournament crowds, strong prize money potential and no shortage of notable sponsors, the cornhole scene has certainly come a long way from its roots as a game for tailgaters and backyard cookout crowds.

From viewers to players, rugby on the radar of many

As the official national program, USA Rugby oversees America’s competitive standing on the world rugby stage while also keeping the sport thriving at all levels domestically.

USA Rugby counted a membership of nearly 125,000 in 2018, a figure that includes players from the youth level to beyond college, as well as coaches and referees. In its mission to continually grow the sport, the organization engaged with 22,000 youth throughout the year. Those figures fall within the context of World Rugby statistics, which in recent years suggested there were approximately one million participants in the United States. 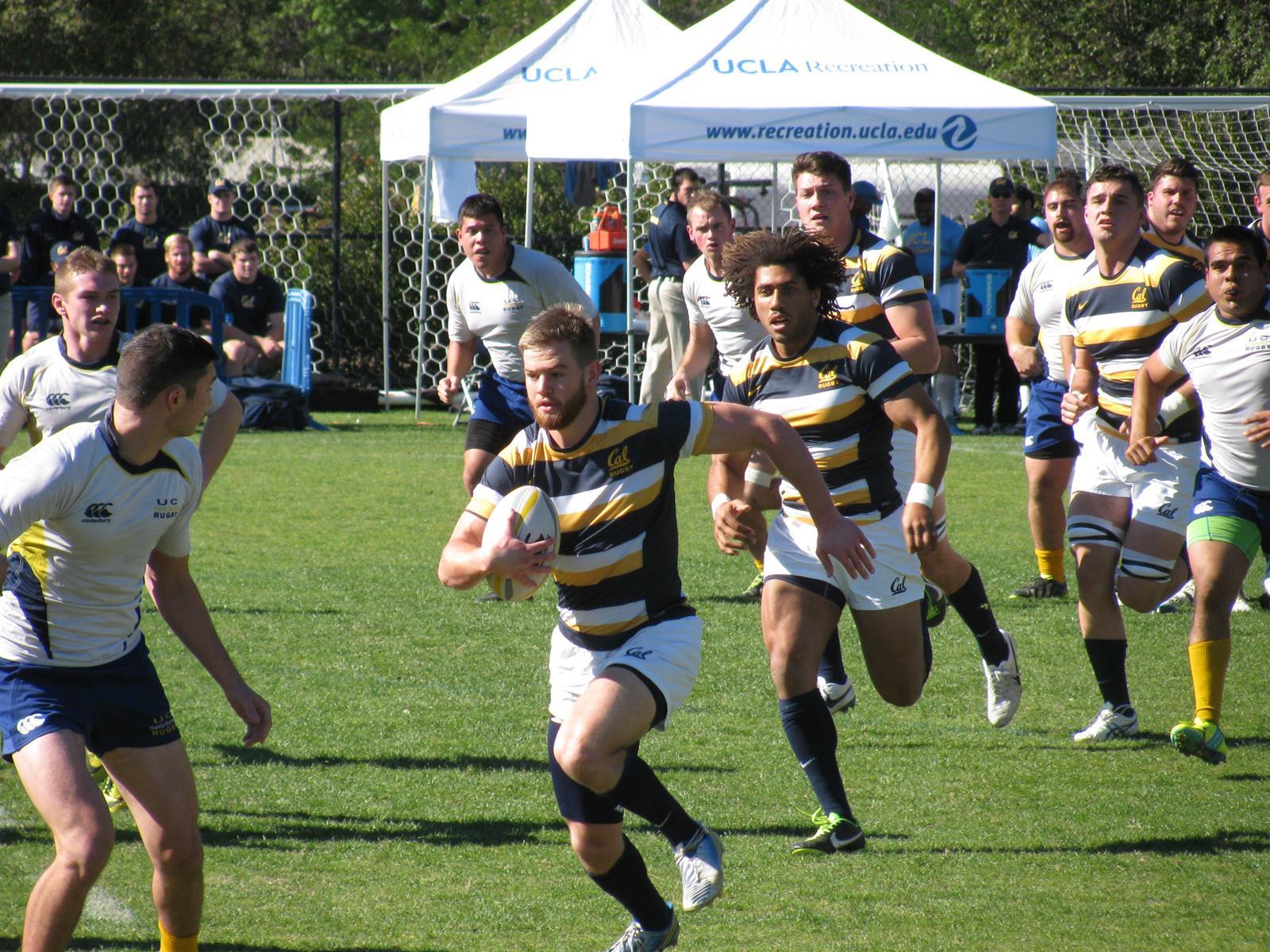 A solid indicator of a sport’s popularity comes from its social media presence. More than 400,000 followers use Facebook or Twitter to keep tabs on USA Rugby, while its YouTube channel is filled with games and highlights of teams ranging from the Women’s Premier League to the men’s national squad. The aggregate from these teams draw thousands of viewers each month.

World Cup in Japan in October and has qualified for the 2020 Olympics – two more opportunities for a burgeoning community of rugby players and fans to see how far America has come on the international pitch and doubling as a way to spur interest back home.

The quirky tennis-like game with the funny name appeals to the masses in a bevy of ways. Checking out the USA Pickleball Association website to search for courts around the country gives you a glimpse at how the sports has found its way into many community centers, park district facilities and even private clubs.

Thousands of courts are listed, with dozens of new ones added each month. The dynamic map feature goes beyond simply providing a location by detailing the price to play (if any), schedule availability and even comments about the playing conditions. In total, the 2019 USAPA fact sheet notes that every U.S. state and all Canadian provinces now have at least one pickleball court, with nearly 20,000 in the United States alone. 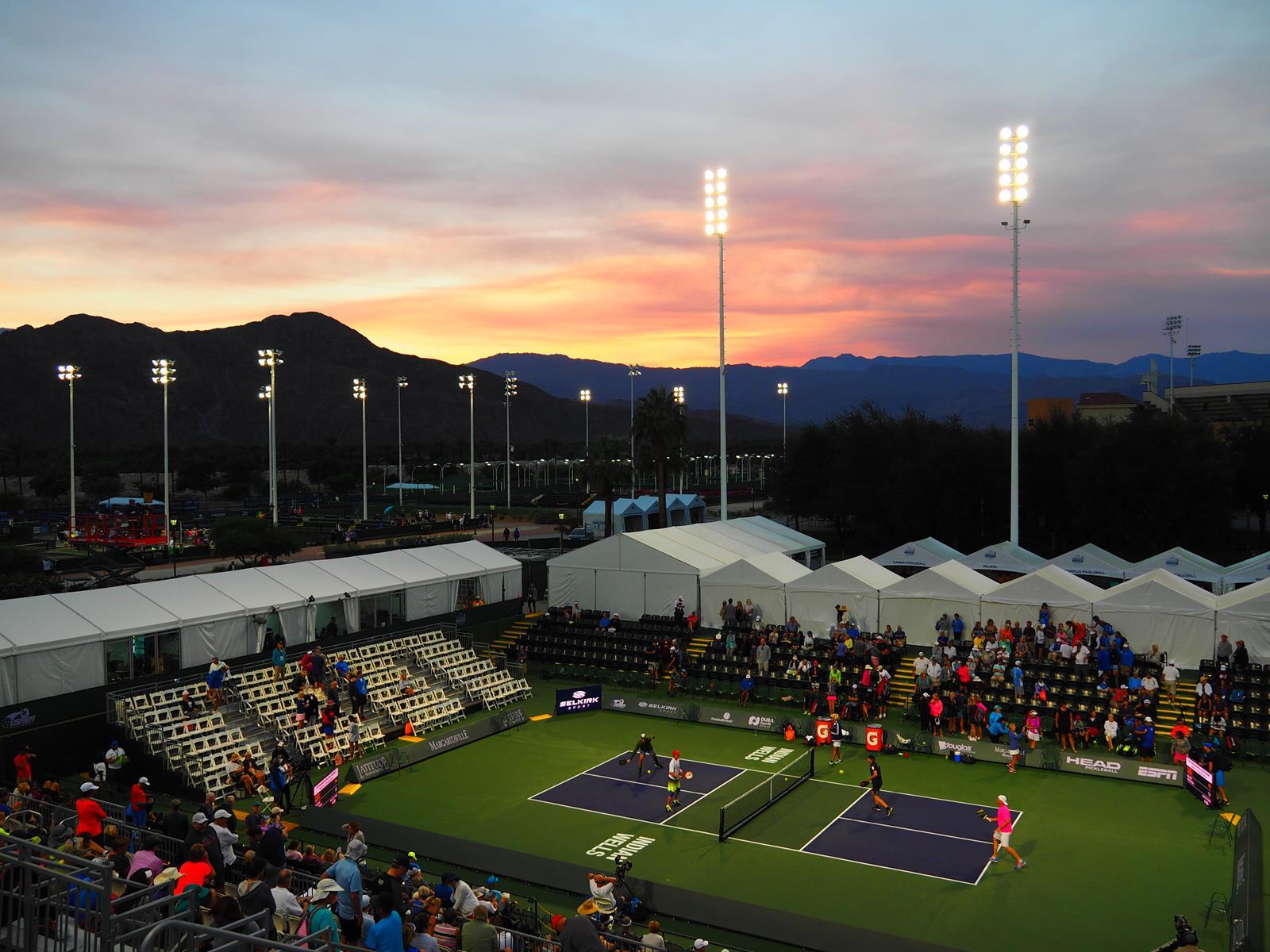 USAPA’s membership numbers approached 31,000 in 2018 – a jump of 8,700 compared to the prior year. Combine all of that with the fact that there were 3.1 million players in the United States in 2018, and you’ll see how far the game has come since three Seattle-area friends created it in 1965.

Played indoors or outside, on temporary courts or established ones that look like a smaller version of a tennis court, pickleball’s popularity originated among active older adults in warm weather areas of the country. Today, beyond the casual participant, USAPA boasts a strong competitive tournament circuit that wraps up on the big stage of the Margaritaville USA Pickleball National Championships in November on 49 courts set up at the Indian Wells Tennis Garden in California.