The Future is a Pastime 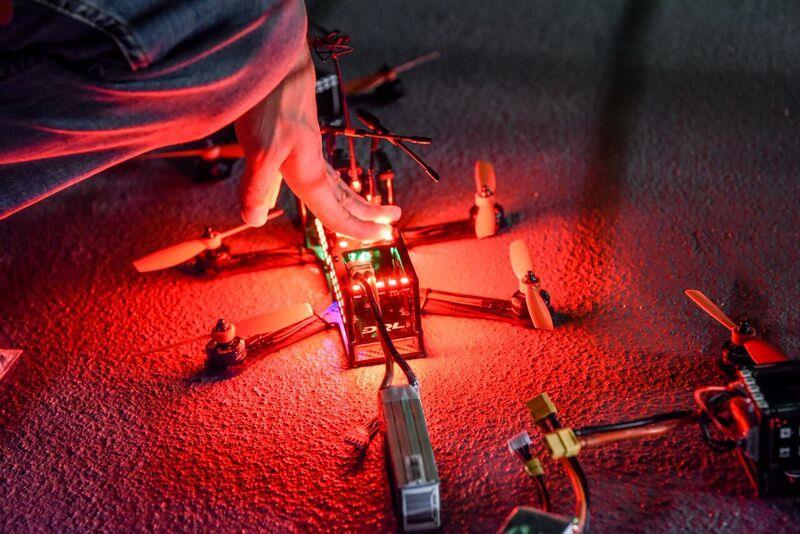 Uttered around the world as part of a great sports tradition, those two words reverberate across stadiums, parks, backyards and blacktops.

They’re also part of the fabric of the growing $9.45 billion business of sports tourism, where games of the future are also a pastime.

Founded in 2015, Drone Racing League (DRL) is a counterculture sport a la X Games, robotics and eSports. Equipped with its own race specialists and drone engineers, DRL has its sights set on being the premier league for drone racing.

“We are a professional sport,” says Ashley Ellefson, DRL’s director of operations. “DRL is the sport of the future. We produce live events that are held to the same standard as NASCAR or Formula 1.” 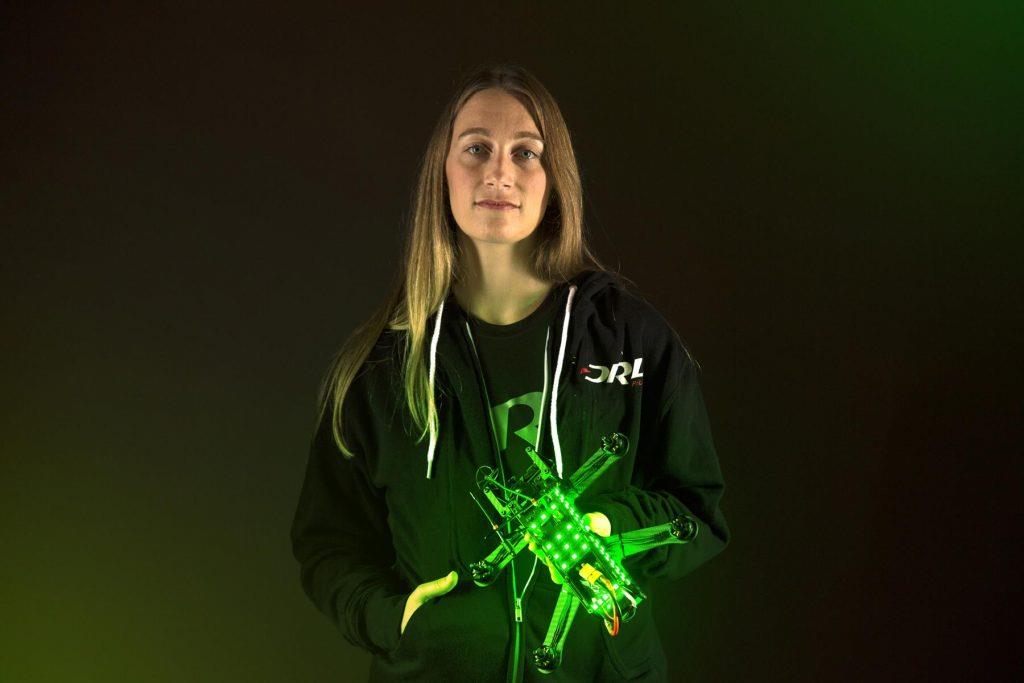 DRL’s stars of tomorrow are professional pilots outfitted with First Person View (FPV) goggles that display live images from cameras onboard custom-built drones that cruise at speeds up to 120 miles per hour. What various tech-related media outlets—think Bloomberg, NPR and Wired among others—almost immediately picked up on has trickled down to destination marketing.

“The reception we’ve received has completely exceeded our expectations,” Ellefson says. “CVBs and tourism boards are in tune with what we’re able to accomplish with our event production and through our media exposure. We continue to meet people who understand and are less focused on only bringing 10,000 people to an event.”

While DRL represents an industry shift toward the impact of premier event production and brand awareness, Ellefson says its successful entry has come down to relationships and finding the right partnerships.

“With any sport, there’s integration between operations and what you might see on TV,” Ellefson says. “We want people to want to come watch a DRL race, like they would for NASCAR or F1. When you’re building a start-up you cannot separate the brand from the face of the company.”

As the industry traditionally understands it—to the tune of $7 billion spent annually on travel related to youth sports, according to the University of Florida—the face of sports tourism is amateur athletics.

With more than two decades of experience in hospitality, including hotel and CVB sales, Lou Mengsol has had a window seat for much of that boom.

“You’re seeing a maturation of the industry and youth sports is still growing,” says Mengsol, president of the US Sports Congress, an annual conference dedicated to the top-level executives of amateur sport. “It comes down to the traditional sports, the ball sports: travel baseball, soccer and football. None of that is going away, but there’s growth in the emerging sports.

Terry Hasseltine, executive director at Maryland Sports, has guided the state’s collaborative sports tourism efforts since 2008 to the tune of $500 million of economic impact secured and $1 billion recruited.

He moved to the Mid-Atlantic from Kentucky, where he previously launched Team Kentucky—one of only a handful of statewide tourism organizations with full-time staff dedicated to sports tourism.

“I’m still proud of the collaboration, not only at Team Maryland but also with Team Kentucky, which is still functioning at a high level,” says Hasseltine, who also worked on the rights holder side during earlycareer stints at the NCAA and NAIA. “The best approach is everybody wins if the ship rises together.”

For Maryland Sports, a substantial portion of that winning formula remains in amateur athletics, as demonstrated by its support of the Mid-Atlantic Amateur Sports Alliance (MAASA). Established in 2014 as a coalition between Wicomico and Worcester counties and Ocean City, MAASA’s mission is to link and leverage combined assets of the three locations to attract, build and maintain the region’s presence in amateur athletics.

“It’s more competitive than it’s ever been; amateur sports is a big part of family life and that’s where this has changed,” says Hasseltine. “Kids specialize and parents travel, and we always go back to our core. We’re in the Mid-Atlantic; we’re accessible by car, rail, plane, bike or boat, and our infrastructure allows for great ties to adding a vacation component.

“We try to be conscientious of the stuff that we have in the queue: grow what you have. Getting new is good, but you’ve got to protect your own. For us, our base business includes lacrosse and soccer.”

MAASA may be a rookie in terms of longevity, but the partnership is already paying dividends. Thanks to the additional hotel rooms that have resulted from the MAASA coalition, events like the United States Specialty Association (USSSA) Fastpitch World Series and Laxpalooza have been able to increase capacity for team registration.

“We all look at base business as a means to growth,” Mengsol adds. “It’s the business we count on.”

Sports destinations are continuing to count on that business being there. Since 2003, The Sports Facilities Advisory (SFA) & The Sports Facilities Management (SFM) has helped plan more than $6 billion in event complexes—including roughly $2 billion within the last five years—for more than 800 communities. While these projects are geared toward tradition—soccer fields for outdoors and basketball courts for indoors—the vast majority are large and flexible enough to play ball or fly a drone.

“With proper planning, you can be financially sustainable and accomplish your mission,” says Jason Clement, founding partner and CEO at SFM and partner at SFA in Clearwater, Florida. “These complexes are built to run sports events and to provide economic impact to the community.”

A native of Marshalltown, Iowa, with a family history of sports travel growing up—including a brother that played Major League Baseball— Clement sees the investments as progressive on various levels.

“These venues provide so much benefit to families; the growth of places to play is a positive thing,” Clement says. “The trend of promoting access is a good thing. They can be utilized by families who wish to stay close to home, as well as for visitor use. These places matter—they’re impacting lives through sport and providing a great experience for kids.”

To create the right environment, Clement says the most successful projects are deliberate about brand authenticity and proactive planning.

“Be what and who you are,” says Clement. “If you are on the beach, be a beach destination. If you’re in the South where hospitality is the brand, focus on being hospitable. Know what you are and utilize that to the best of your abilities.

“And understand that the job extends beyond facility design and construction. Our goal in facility management is to build organizational development including the hiring of staff, onboarding, training and operational long-term success. It all needs to be well-thought out to be done properly.”

Built for the Long Haul

With a three-decade track record of growth, Triple Crown Sports (TCS) incessantly invests with the future in mind. Roland Rivera joined TCS in 1987 shortly after the company was formed, and he currently works in TCS’s baseball division on new event development.

Headquartered in Fort Collins, Colorado, TCS produces baseball, basketball, fastpitch, slowpitch and volleyball events. Some are large and some small, but the standard of Triple Crown—which has 60 full-time employees and hired 30 seasonal staff in summer 2016—is always to operate premier events.

“There are a lot of good organizers out there,” Rivera says. “We are in the premium event development business —we continually look for ways to move our product forward. With the explosion of social media, we recently added a full-time sports information staff. For the last five years, we really felt the need was there to tell our own story.” 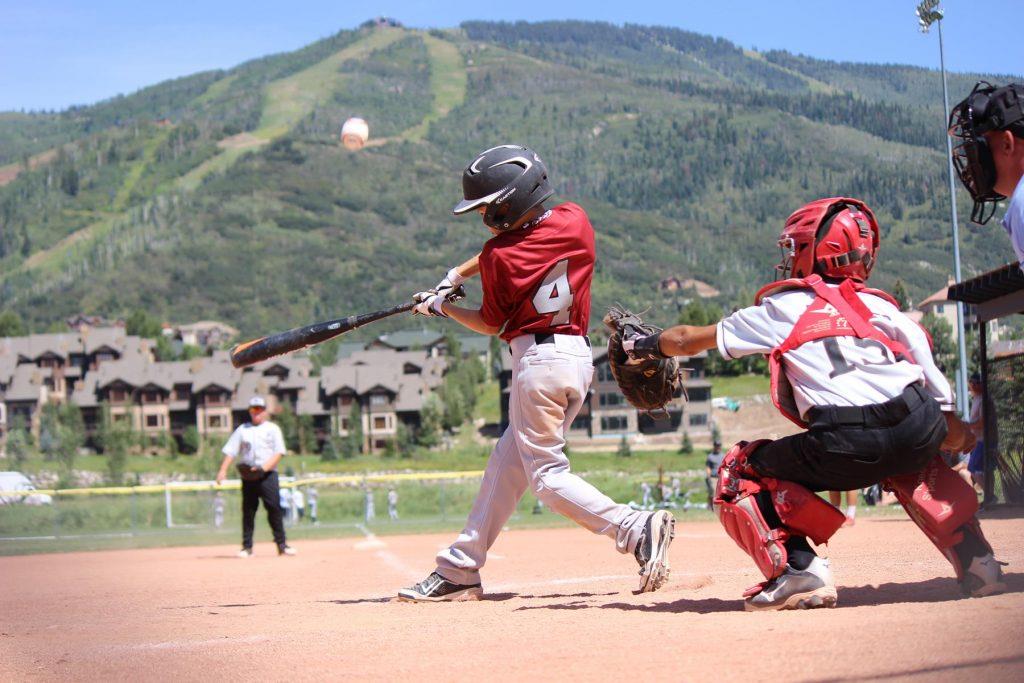 In addition to having its own public relations office, the TCS team also receives regular leadership training from its in-house consultants or its staff trips to Harvard Business School.

“It’s a tough margin business, but we choose to reinvest back into our people,” Rivera says. “Employee training is something we continue to put emphasis on—we spend hundreds of thousands in staff development.”

“When we build programming, we’ve noticed the need to constantly survey for feedback. The market tells us what consumers want—online streaming, live stats, special events and banquets. The foundation of events is competitive play, but the guests want to experience other things in every market we go to.” 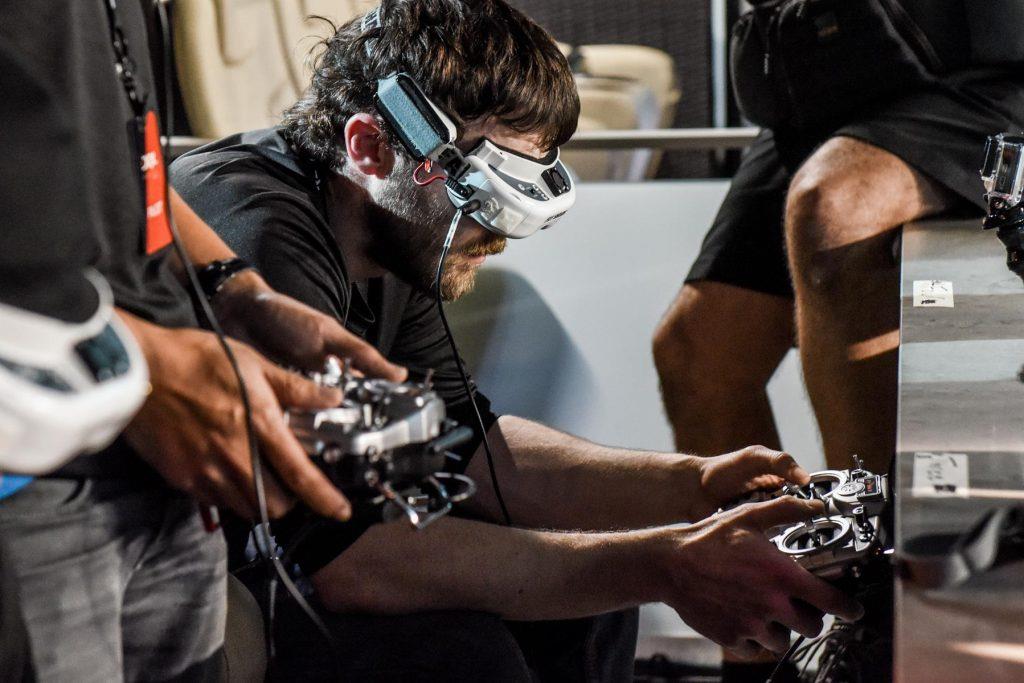 Drone Racing League is constantly calibrating, much like its ball sports counterpart TCS.

“We debrief after every event,” Ellefson says. “We listen to our consumers, our engineers, our pilots and our partners. That feedback helps improve our efficiency as we build DRL.”

Yet the team also has another blueprint to follow. Prior to DRL taking flight, founder Nicholas Horbaczewski and Ellefson worked at industry mainstay Tough Mudder (TM)—the former from 2013-15 as chief revenue officer and the latter from 2010-15 as vice president of new event development.

Ellefson joined Tough Mudder in year one when it hosted three events. She then traversed the planet—from TM’s Brooklyn headquarters to rural America to Australia and beyond—as TM grew to more than 50 events across seven countries and three continents by 2015.

“I knew Nick from our days at Tough Mudder; he thought drone racing was a great idea and needed someone to help bring all the pieces together,” says Ellefson.

“When I started at DRL in 2015, it was clear there were similarities in the areas of partner and venue relations.”

DRL is cutting-edge and not easily replicated—what Ellefson refers to as technology no one else is using. Event production works in large part because DRL’s talented team includes full-time software engineers and adept marketers who have thousands of hours of content creation experience. That proficiency has surely expedited the sports start-up’s entry and success.

Moreover, Ellefson says DRL is something the team does for enjoyment—it’s their pastime.

“Our events are complex,” Ellefson says. “You have to be willing to put in the long hours, willing to do the travel. We all really just love what we’re doing.”